by Ray Jason, The Gypsy Philosopher… 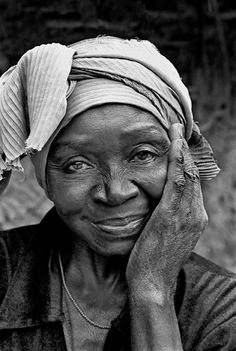 It was one of those “University of Life” moments. I recognized once again that I had learned so little in school and yet so very much by simply listening to the messages that the world provides.

There were three of them in the cayuco – an elderly woman and a grandson and grand-daughter. I had just given them some cookies as a little gift, when the woman asked me if I had a wife. When I said no, she asked me why. Realizing that bachelorhood is very rare in Latin America, I knew it would be difficult to explain. So I carefully answered in my best Spanish that I had never married because “I loved my freedom so much.” There was a profound pause before the woman responded. Then she fixed me with her eyes and answered me with seven decades worth of sadness, longing and resignation. She said, “I understand.”

As they thanked me again for the little gift and paddled away, I was heartbroken by this very personal example of how utterly unjust so much of the human condition is here on our wet, wondrous planet. That’s because the reason that she understood my passion for Freedom, was because she had rarely experienced any in her entire life.

When she was a young girl-child of five she was probably already helping to raise her three year old sister or brother. At seven she would begin to combine schoolwork with her daily household chores. Sundays brought the additional obligation of going to church. But even more ominously, it burdened her with the threat of the forever flames of hell if she practiced birth control. So in her early teens she was already pregnant and any wisp of freedom had now vanished. And from there it would be a half a century with barely a day off from serious labor.

The unfairness of her life of ceaseless obligations as compared to my own carefree existence, troubled me in that deep place where the question “WHY? Why? why?” echoes incessantly. And what is even more disturbing is that her predicament is shared by BILLIONS of people struggling for survival on this lonely living planet orbiting amidst millions of lifeless stars. But my distress is further aggravated by the knowledge that most of the fortunate people in the so-called First World are oblivious to the plight of these billions of fellow members of the human family.

How can this be??? How can a planet this abundant and diverse allow social stratification that dooms so many people to a life of ceaseless toil and struggle and worry? How can so many spend their one life on Earth in servitude merely because of an accident of birth? How can we look at ourselves in the mirror when hundreds of millions of families never get to take their children to a zoo, or treat them to an ice cream or laugh with them on a carousel?

During the next few days I tried to understand how such grotesque injustice had entrenched itself in the global status quo so thoroughly that it is barely noticed. My verdict is that the two main guilty parties in this travesty are Organized Religion and Unfettered Capitalism.

THE MIGHTY CHURCHES – Here is an interesting challenge for you – name the prominent religions that encourage small families. That is obviously a trick question – since there are none. The Big Three – Christianity, Islam and Judaism – all compel their flocks to go forth and multiply – and with great vigor.

In the case of the Christians it is not just suggested; it is commanded. And the penalty for failing to procreate according to church policy is eternal, fiery damnation. If a person is unlucky enough to fall into the hands of a terrorist, they might end up being tortured until they die. But if they violate the rules of the Catholic Church, they will supposedly experience horrible agony even after death – for all eternity.

Why do the churches demand large families? Their true motive is to expand the membership in their particular cult, and to increase the money that they receive from their flock. Here is a simple way to test my contention. If the Catholic Church’s bogus birth control policy is not designed to enlarge their membership then they would not object to every other child born to Christian parents being raised as a Muslim. But if you mandated that, you would be shocked by how swiftly the Pope decrees that large families are no longer God’s will.

When the churches force their females to have unwanted children, they are dramatically narrowing the range of opportunities for those women. Due to the responsibilities of child-raising, they usually discontinue their schooling. The around-the-clock needs of the youngster greatly diminish the mom’s ability to travel and experience new things. And having an additional mouth to feed means the mother has to sacrifice life’s little pleasures such as a new dress every once in a while. And then when this cycle is repeated a half a dozen times, the poor woman is physically and emotionally drained.

And why do these hundreds of millions of women have to experience this hardship and poverty and serfdom that these religious dictates impose upon them? They suffer it so that a horde of male priests, mullahs and rabbis can experience greater wealth and power.

CARCINOGENIC CAPITALISM – When the basic operating principle of the dominant economic system on the planet is GREED, there is almost no chance that it will foster human happiness and the greater good. The pathological pursuit of maximum profit does not raise all boats. It lifts the mega-yachts but sinks the boats of the hard-working, ordinary people.

And the system is so cancerous that instead of scorning these economic alpha males, we worship them. The Media, which is owned by about a dozen extremely rich men, portray these gluttonous tycoons as admirable rather than despicable.  Besides being ruthless, these corporate giants are also clever. They now virtually own the government through their campaign contributions and battalions of lobbyists. And so the elected officials – who should be a deterrent to thwart the excesses of unfettered Capitalism – are instead its enablers.

This leads back to the poor and dispossessed of this world. Obscene fortunes cannot be made unless hundreds of millions of human worker bees are toiling in the sweatshops and laboring in the fields for wages that barely support their survival. But there are plenty of wise and compassionate thinkers who know how to break this cycle. They know how to redistribute wealth and how to end starvation and how to conquer injustice. However, those at the peak of the pyramid have so much power that they seem to be invincible. And even worse, their surveillance and control capacities keep growing and mutating – just like a cancer.

A couple of days later the grandmother who inspired this meditation paddled over to AVENTURA again. The two grand-children were not along this time. I handed her a packet of cookies for herself and one to take back to the youngsters. Then she reached under a tattered rice bag and pulled out a beautiful coconut and passed it up to me. My years in the Banana Latitudes have made me a bit of a connoisseur when it comes to “drinking nuts” and this was a large, gorgeous one that would surely be delicious.

For a brief instant we both held the coconut simultaneously and our eyes connected. I could see in hers the sad resignation that she had mastered down the decades in order to cope with the unfairness of Life. But there was something else in those dark, Indio eyes – and that was the gleam of goodness and dignity and generosity that sometimes shines through the human spirit.

2 Responses to “AN UNFAIR DESTINY”