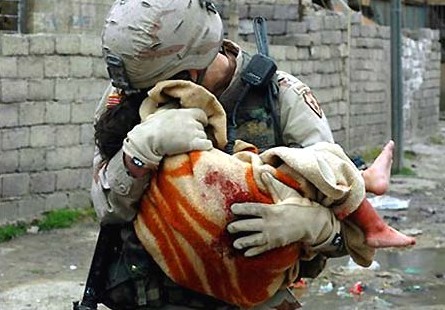 Although this article is lengthy, I ask that you read it in its entirety before formulating an opinion. I’ve been troubled with how to best publish my thoughts. For clarity’s sake, I’ve presented my ideas on a continuum, consolidating them into an expression that I hope will be illuminating and informative.
It’s not without many nightmarish moments, that my story comes to you.
****
I’ve never cared for snipers. Whether they were shooting at us or firing from behind at targets over our heads. Although there were times when danger dogged their every step, snipers were basically concealed from the action at lengthy distances, sometimes as much as 1,000 yards ( 10 football fields). Removed from the fight at a relatively secure position, we knew that they were incapable of precisely detailing the quick pace, speed, variability and abrupt action, which epitomizes the behavior of combatants fighting in close quarters. We were uneasy about anyone second guessing our decisions or anticipating our next move. Snipers were paid no accord. For the most part they were considered to be irrelevant and inconsequential.
Recently, I viewed ‘several panels of snipers’ from the Iraqi and Afghanistan Wars extolling the praises of their handiwork on popular cable networks. Focusing and concentrating on their discussion, I detected an emptiness  and restlessness embodied within the boiler plated  euphemisms they passed off as justification, for the staggering number of assassinations executed under their hand. 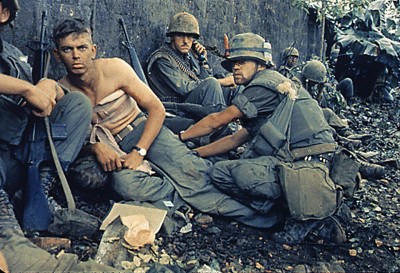 Frolicsome and affectionate exchanges between the panelists and television emcees, belied the loathing these veterans appropriated towards the  human beings they killed. I didn’t like their omnipotent assuredness, as the arbitrators of life and death, purporting to be anointed judge, jury and executioner.
My strong aversion to this cast of characters triggered a serendipitous awakening, forcing me to acknowledge my kinship with these killers. These contemptuous and crippled individuals, longed to justify and make some sense of their battlefield experiences.
Twenty-two veterans commit suicide each day. It’s the leading cause of death among active duty soldiers.
Perhaps I was witnessing the pre-requisite plausibility and denial (conflict) often written into the scripts of combat veterans, as they evolve towards an ‘instinctive awareness’ that their voluminous killings, in wars of questionable legitimacy, may have crossed the line.
The government’s standard play book and narrative concerning its righteousness and effectiveness in fighting the war on terror, has lost much of its flair and panache. Particularly, when viewed through the multifaceted prisms examining the carnage, barbarism, futility and ineffectiveness of such action. 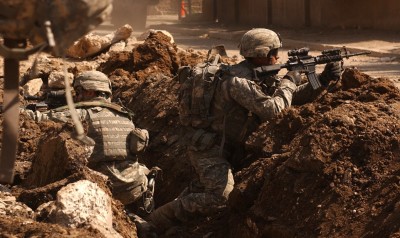 One measure of a societies’ collective consciousness can be appraised via the manner in which it respects the rights of  its citizens. Another standard of cultural advancement assesses the  value and worth that said society places on human life. Are our citizen/soldiers being trained and indoctrinated to become heartless, highly skilled and mind numbed mechanical entities? Did we not have that problem in Nazi Germany; soldiers just following and obeying orders?
Please allow me to take you back to those ‘sniper panels’. Prompted by their witty TV hosts and moderators these snipers triumphantly regaled in their self-aggrandizement, as they described the extraordinary successes they had in killing hundreds of human beings.
During their cocky and presumptuous ‘slaying rhetoric’, quick interludes were taken by the moderator to promote their books and upcoming movies. The absurdity of their discussion was beyond the pale. They gloated and preened with the TV luminaries as the boasted, bragged and glorified the lives that were exterminated at their hand. I dare say, during the unpredictability of combat mistakes are often made, particularly when civilian populations are intermingled within combat zones. Innocent children and citizens are invariably liquidated. 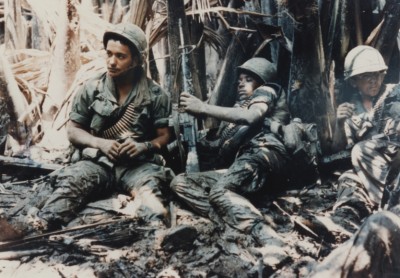 The magnitude and depth of their destruction was applauded and encouraged by the cable hosts. They had me convinced. I wouldn’t doubt for one moment that they were prolific terminators of life.
This raises a question as to what type of training goes into developing the mindset of a conscienceless automaton? Developing killers of this caliber, with their terminal uniqueness, devoid of the requisite bearing to engage humanity appropriately, will perpetuate the creation of our enemies, while keeping us in a chronic state of war. ‘Peace’ will become a bygone notion, a novel idea; a brief interlude between painful conflicts, only to be read about on our tablets. The engines of our ‘war time economy’ have been primed for perpetuity. What manner of ‘Power’ can redirect this manic pursuit of self-destruction?
To me, the demeanor and method by which these snipers on the dais presented themselves, along with the jubilant and twisted logic they applied in sanctioning their killings, established an incongruent relationship with the ‘true nature and spirit of a warrior’. I was disappointed, embarrassed and ashamed by their performance on the world stage.
Rarely, will I ever publicly critique the conduct of a ‘Brother In Arms’. The sanctity of sacrifices made on the battlefield should remain there. However, these snipers ‘violated a prime directive’. They broadcasted battlefield intimacies into the homes of families across the world. With ease, comfort  and exuberance they made it appear as though their violence and destructiveness were an upgraded version of the latest video game. In so doing, they’ve opened themselves to the scrutiny of their audience. These veterans advertised a condescending attitude, which reflected degrees of  ruthlessness and barbarity best suited for an assassin, not an American soldier.
I do not place all snipers into the category represented by those taken to the airwaves exalting their trade; nor do I claim to be a tactical authority on the use of these men. I am not detracting from their bravery and courage under fire. I pay tribute to those who were wounded or killed in action. However, in all of my life, I’ve never been exposed to any combat veteran who disgraced and humiliated themselves, to the extent demonstrated by said snipers during their TV appearances.
Watching and listening to these veterans, as they made the rounds on the cable shows, I went over in my mind the scenarios that surrounded our actual involvement with this group. Independent of my personal evaluation regarding the ‘sniper love fest’ portrayed on the screen before me, several Marines randomly contacted me after viewing the same shows. They found the conduct of those veterans to be disturbing and discomforting. These hardened Marines were not onboard with the snipers’ presentation. They green-lighted this publication.
With their endorsement, along with my own assessment of the exploits of said veterans on TV, I made a decision to put on paper our collective recollections describing these men assigned a military occupational specialty (MOS) as a sniper.
If snipers wanted some real action, let them come up front and get their noses bloodied. Let them face off against a determined and accomplished  enemy soldier, at arm’s length. Combatants that were delighted to slit their throats with surgical precision. An enemy well versed in luring their opponents towards a location where they could be clutched onto and cut into pieces; or mercifully, simply shot dead.
The smells and sounds of death coming from groups of men savagely engaged in a fight for life, cannot be appreciated at a 1,000 yards. 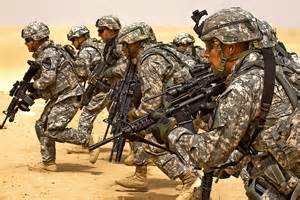 35 Responses to “An Introspective Analysis & Thesis on Military Designations”