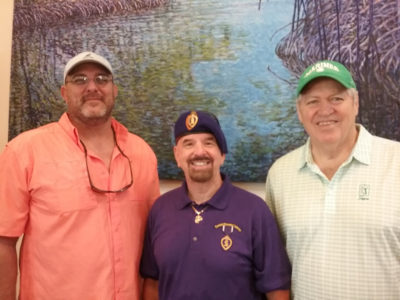 Veterans of Foreign Wars Post 10211 provided a free Memorial Day treat to the public after the service. New management and kitchen at the VFW, along with a smoke free environment, created an enjoyable setting and celebration for everyone after the commemorative ceremony.

VFW Post 10211 Commander Dennis Ward, Quartermaster Jason Kendall and Adjutant Gary Johnson delivered a magnificent Memorial Day Service. VFW and American Legion Members, along with a  grateful community, rallied together so  that the “cost of freedom” might not be forgotten.