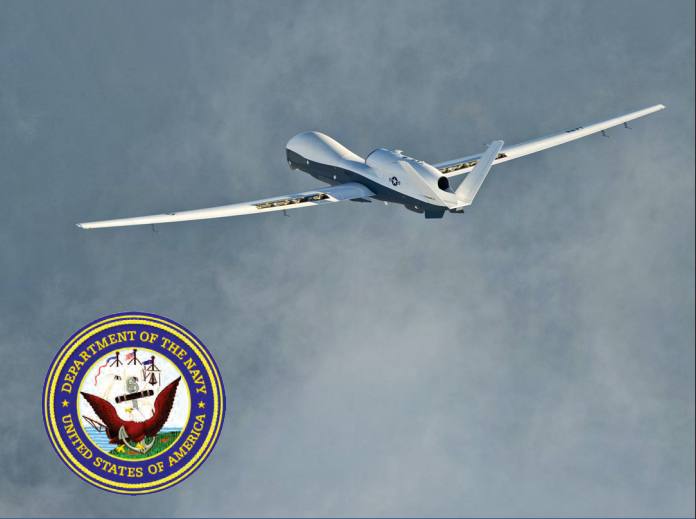 by Arnaud and Naja Girard……..

The U.S. Navy is considering moving some 400 military families to Key West.  They would be supporting the Navy’s new Triton surveillance drone program. According to the Navy, the deployment shouldn’t be a problem, in terms of housing for new personnel, since the preliminary impact study drafted by the US Fleet Force Command shows that the Lower Keys area has a 43% housing vacancy rate. Key West, they claim, is a little bit tighter with only a 34% vacancy rate. The draft impact study concludes that ample vacant housing near NAS Key West will make “affordable rental opportunities available for all personnel to live off station.”

This is quite the contrast from a letter sent to the Secretary of the Navy, Ray Mabus, on February 29, 2016.  It read:

“The City of Key West faces a severely limited availability of affordable housing due to a multitude of reasons limiting new construction including the need for safe evacuation routes in the event of a natural disaster and mitigating environmental concerns.”

The letter was signed by federal representatives Carlos Curbelo, Mario Diaz-Balart, Ileana Ros-Lehtinen, and Frederica Wilson. They made a specific request:

“Given the acute shortage of housing in Key West which affects the Navy and the city alike we urge you to expedite returning the housing units at Sigsbee Park to active use.”

The units in question are some 166 vacant homes on Sigsbee Island. At the time, then NAS Key West Commander Stephen McAlearney publicly supported the request.

The City’s data shows a deficit of over 1300 units of affordable rental housing. Affordable Housing ordinances are in the works to deregulate density, parking and even height restrictions to create incentives for developers to build more affordable housing.

So just who in the Navy is approving that false “affordable rental opportunities” information in the EA and why?

The ‘who’ might take awhile but the ‘why’ could be answered with some reasonable speculation.

The MQ-4G Triton drone is a high altitude intelligence seeker. It is widely considered one of the best maritime surveillance tools available.  According to a March 18, 2015 report in Caribbean News Now!, the Senate Armed Services Committee, chaired by Senator John McCain, questioned how much the SOUTHCOM Commander knew about what was going on in the Caribbean, “I don’t have the assets [in the Caribbean],” answered General John Kelly, Commander of US Southern Command [USSOUTHCOM], “I have two Navy ships right now, that will go to zero forever by the summer…” [The two ships were being permanently withdrawn.]

The Triton system provides 24/7 surveillance, with sensors capable of intercepting communications and recording high definition video. According to its builder, Northrop Grumman, the Triton will provide “unprecedented maritime domain awareness for the U.S. Navy.”

That may be where Key West comes in.  Might the Navy prefer Key West’s military base because of its proximity to the areas to be monitored in the Caribbean sea?

At this point only one thing seems for sure:  the Navy appears ready to flatten any difficulty, even if it means claiming that over 40% of the Lower Keys housing is vacant and available for rent to potential additional Navy personnel.

We asked Ted Brown, spokesperson for US Fleet Forces Command, if the group participating in the drafting of the EA included local base personnel.

TB: Yes, there was communication with base personnel.

BP: Did they see these numbers? What did they say?

T.B.  Yes, they did, but I’m not going to get into internal communications.

The Navy is obligated, under NEPA, to conduct impact studies prior to any significant deployment to an area. But the good faith of these assessments are often put into question.

In November 2013 retired Navy Pilot, John Hammerstrom, blew the whistle on what he claimed was a fraudulent environmental assessment published by the Navy to allow the F-35 joint strike fighter jet to train at Naval Air Station Key West. A year earlier, the County Commission had voted unanimously to send a 12-page letter to the Navy requesting it reconsider the controversial draft assessment. The Navy declined.

The Triton Draft EA made public this week is perplexing. It avoids mentioning the most important defect of the Triton: the lack of a ‘sense and avoid’ guidance system. The Triton, which has no onboard pilot and flies at over 350 mph, day and night, is not always able to provide a warning when it is on a possible collision course. Its radar will detect larger commercial aircraft, but not small private planes flying in the area. The MQ-4G Triton does not remain at high altitudes; it makes frequent low-altitude recognizance missions. Classic ‘sense and avoid’ radar systems have thus far remained incompatible with the other radar and sensors the Triton uses for its surveillance mission. The Navy has promised to implement “procedures and training to mitigate for the problem.”

Northrop Grumman has recently announced that it expects to have a specially adapted ‘sense and avoid’ radar system on the Triton by late 2019. However, the adaptation has been described as extremely challenging. Shouldn’t the draft EA probe public concerns about having such “challenging” equipment flying in and out of a densely populated area? The draft EA makes no mention of it.

Northrop Grumman is one of the largest arms manufacturers and providers of civilian military personnel – including a number of reconnaissance pilots who tragically fell into the hands of Colombian drug lords.

The decision regarding where to home-base the Triton is likely to illustrate the difficulty civilians, concerned with a lack of affordable housing, will have attempting to reason with military men when it comes to modern warfare and national security.

In the Draft EA the Navy claims that “the air station has limited options on what they can do for on station family housing” […] “It is assumed that all 400 personnel (and their dependents) would seek housing in the Key West and Lower Keys area.”

Yet the government’s own documents show that NAS Key West is one of the largest transient rental operators in Key West.  According to the Draft EA, NAS Key West owns “315 visitor quarter rooms on Truman Annex,” “270 visitor quarter units on Trumbo Point,” and an unspecified number of “transient units” at Boca Chica.  These units are all part of the Navy Gateway Inns and Suites and are used for official travelers like visiting military units but are also open to “Reservists, Retirees, NAF or DoD civilians and sponsored guests.”

Additionally, a quick look at Google Earth’s most recent [2014] mapping for the area shows over 280 R.V. spots on Sigsbee Island, 165 on Trumbo Point and approximately 100 on Fleming Key.

And let’s not forget the 166 vacant “move-in ready” apartments on Sigsbee Island.

Maybe it’s time for the Navy to tone down its transient rental business and focus more on housing.

Brown stressed that US Fleet Force Command is actively soliciting public comments from stakeholders and all interested parties. Any comments regarding rental housing vacancies in the Key West area or any other matter having to do with the Draft EA are welcome.  The review and comment period began on September 1 and extends through October 1.  You can access the Draft EA and leave your comments electronically by following the links provided.

From the Navy Press Release

The Draft EA was released on Thursday, September 1, and will be available for public review and comment from September 1, 2016 through October 1, 2016.

Comments will also be accepted electronically beginning September 1 at the following link: http://www.public.navy.mil/usff/environmental/Pages/public-comments.aspx. Comments received from the public and federal, state and local agencies will be considered in the Final EA, which will be released to the public sometime this fall.

The Draft EA will be available at the following link: http://www.public.navy.mil/usff/environmental/Pages/NEPAprojects.aspx.

A printed copy and an electronic copy of the Draft EA for public review have also been placed in the following libraries:

The Proposed Action would provide facilities and functions to operate and maintain the Triton UAS on the East Coast. The Triton UAS is an unmanned, unarmed, remotely controlled aircraft employed to enhance maritime intelligence, surveillance, and reconnaissance capabilities as part of the Navy’s Maritime Patrol and Reconnaissance Force.

Under the Proposed Action, the Navy plans to establish a launch and recovery site for four home based Triton UAS aircraft and support a consolidated maintenance hub for up to four additional aircraft undergoing maintenance actions (up to eight aircraft total).

The East Coast home base location would be a permanent duty station for up to 400 personnel plus family members, and support rotational deployments of personnel and aircraft outside the continental United States.

Military construction projects in support of the home basing would begin in fiscal year 2017.

The Triton UAS is a multiple-sensor unmanned aircraft that is about 48 feet long with a wingspan of about 131 feet. Triton UAS will conduct operations over water, with most operations occurring over international waters 12 miles or more offshore.

The mission of the Triton UAS is to provide persistent maritime intelligence, surveillance and reconnaissance data collection to the fleet, providing both tactical and strategic mission capabilities. 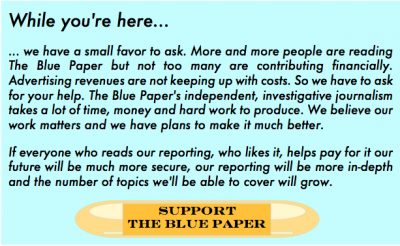 9 thoughts on “A FEW GOOD LIES”