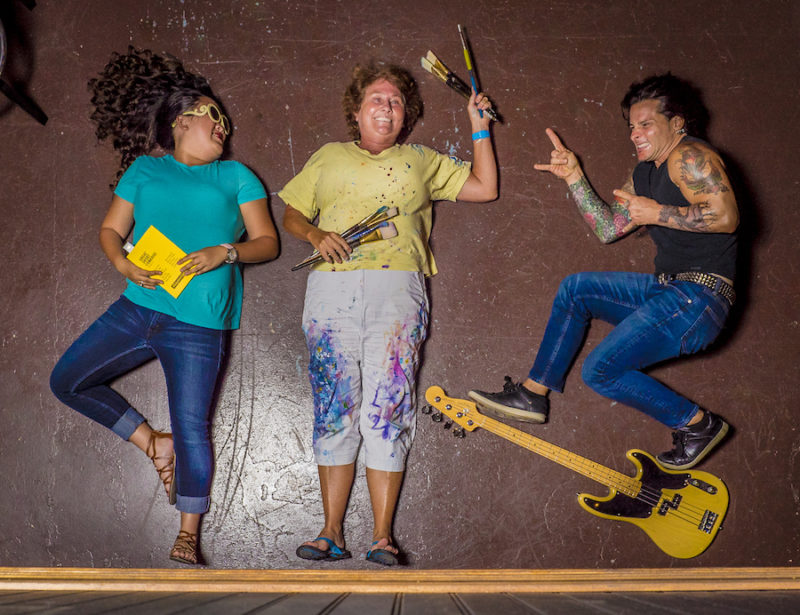 On August 6th, local artists converged upon the Key West Theater to enter their talents into an island-wide artistic challenge that called for them to create original material around a specific theme in whatever artistic medium they chose; visual or performing arts. That theme: My Island. The results of their artistic labors will be on display and performed at the Key West Theater on August 23rd and 24th during the annual Summer Smackdown. Audience members will then vote each evening for best in show in Visual Arts as well as the Performing Arts.

Key West Theater Artistic Director Juliet Gray created the island-wide artistic challenge in order to give people the experience of what it’s like to create work from start to finish and then perform it live on the stage or have it on display in the theater. Knowing that artists work better with both inspiration and a deadline, this gave way to the idea for a challenge during which anyone who wanted could create original art in whatever medium they chose, be it a poem, song, short play, sculpture, or painting.

“To see an artist performing something for the first time for an audience is thrilling for me,” says Gray, “and I cannot wait to experience that in our theater surrounded by original art.”

You can see the results of this island-wide artistic challenge at the Summer Smackdown on August 23-24 at the Key West Theater. The visual arts portion begins when the door (and the bar) opens at 7pm and the performances begin at 8pm. Audience members will vote each evening for best in show in Visual Arts as well as the Performing Arts. Tickets for the Summer Smackdown are $15 and are available online at www.thekeywesttheater.com and at the Key West Theater box office by calling 305-985-0433.