No trial yet, but the weeklong depositions of Key West police officers involved in the in-custody death of Charles Eimers were filled with eye-popping revelations and admissions about possible excessive force and cover-up.  Officers had to admit that only one of the long-awaited 9 [or so] police cruiser dashcam external microphone recordings is available, multiple dashcam videos have gone missing, and crucial footage captured by Officer Gary Lee Lovette’s Taser has been erased.  Finally, allegations surfaced that a witness saw police officers on scene deleting a second bystander video that showed footage of the entire arrest.  Officers’ testimony also confirmed a tense altercation had occurred on scene between a KWPD officer and a vacationing New York police officer who had described what he saw as “legalized murder on the beach.”

The death of the 61-year old tourist, Charles Eimers, while in the hands of Key West police officers captured national attention last year.  Eimers was dead before the end of the first day of his vacation in Key West.  CBS News reported his “Death in Paradise” after a bystander video was published in The Blue Paper contradicting the police department’s official version of events. As it turned out Eimers had not collapsed from a heart attack while running away from the police as was originally reported by KWPD.  Rather, the Medical Examiner listed his struggle, beneath the weight of multiple police officers, as a contributing factor in his death.

And this week, the six-foot tall, 220-pound [on average] officers were tip-toeing around the difficult exercise of demonstrating to the Eimers family attorneys that they could not have suffocated the old man and actually had done everything by the book. END_OF_DOCUMENT_TOKEN_TO_BE_REPLACED 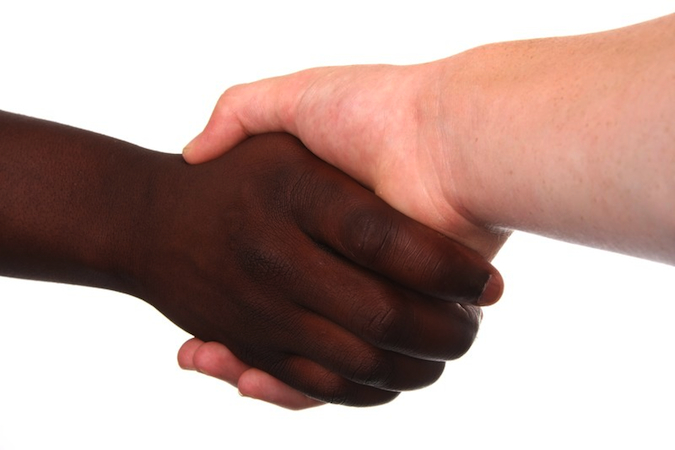 When I write, my inclination is to focus on national or global big picture issues, such as our nation’s endless war in the name of_____________ (fill in the blank). Other abominations that get my attention are the relentless neutering of our constitution and civil liberties and the contemptuous global corporate rape and pillage of our planet without a thought past the next quarterly earnings report.  Most recently I suggested our country’s social and spiritual disease of racism is still very much with us as demonstrated by the frequency of public execution-by-cop/vigilante of young black men, the rise of the corporate prison-for-profit and its lopsided racial make up and the acceptance of racist dialogue in corporate sponsored media and the public forum of social media. (Not to mention the local vitriolic reaction to my essay.)

I have the constitutional right (so far) to express my thoughts and I thank The Blue Paper for publishing some of them. I am proud of my relationship with The Blue Paper and honored to be keeping company with the likes of Naja and Arnaud Girard, investigative journalists and editors of Blue.  Going back through the archives of The Blue Paper one can see we in Key West have our own “big picture” problems, one being the KWPD’s heavy handed treatment of African Americans in our little city at the end of the road. Naja and Arnaud and The Blue Paper, have gone to great lengths to report police abuses in our community like no other local paper has. Their interviews and videos of black residents of Key West expose a pattern of racism ranging from ordinary disrespect right on up to physical violence bordering on fatality. END_OF_DOCUMENT_TOKEN_TO_BE_REPLACED

Electing Drones on the Boulevard 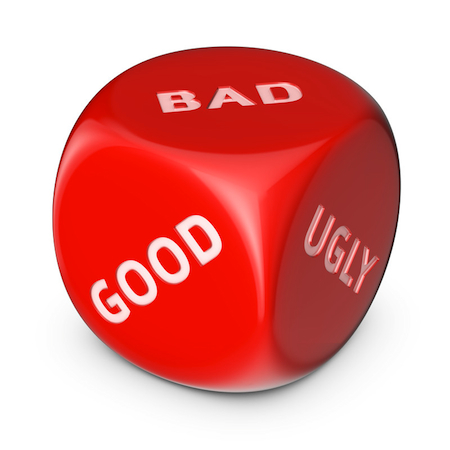 Today I’m going to tell you what to think about drone regulation, the pestilence of signs on the Boulevard, and the remarkable choices made by the national electorate on Tuesday. A classic tale of the good, the bad, and the ugly. You will all then go back to thinking exactly what you did before I did everything I could to rewire your brains, and I thank you for not throwing this demotivating truth in my face.

The good: Kudos to the City of Key West legal eagles for stopping our well-meaning city commission from giving the aerial drone operators more rights than they are due under federal law. Our always well-meaning Jimmy Weekley was captivated by the charming Head Droner in town, and tried to “regulate” him into being allowed to fly where the FAA says “No!” END_OF_DOCUMENT_TOKEN_TO_BE_REPLACED

Back in 1521 , Juan Ponce de Leon discovered the Island of Key West.  The island had been used as a communal graveyard by the Calusa Indians so he named the island Cayo Hueso (Island of Bones). Since that time this tiny island has produced so many interesting and crazy stories. This story is about Key West back in the 1970’s and 80’s, when smuggling was at it’s peak. The characters in (Island of Bones) are strictly fictional and do not represent any citizens of Key West ! 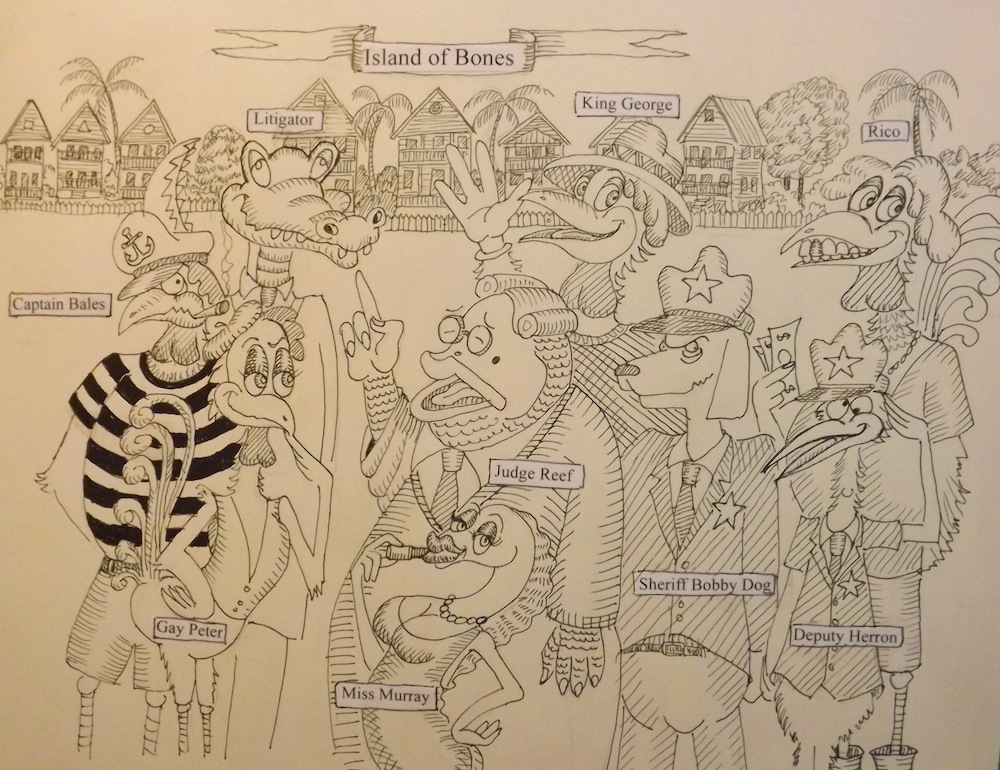 In response to a Sept. 5 column by Alex Symington, “Just Sayin”

I’m concerned about your recent take on the problems of the world.  [“Just Sayin”, Sept 5, 2014] While you concentrate — this time — on the general inequality of all humans, I’d like to point out that’s only a surface issue.

The real problem, it seems to me, is  with people’s predisposition to “me-firstism” and greed, which have and alway will trump all the sad human endeavors on earth, which masquerade as civilization. Maybe that’s why Halloween is so popular — we get a chance to pretend we’re better than we are.

Unbridled egoism and greed has been the bane of our human existence since pre-historic myths to contemporary politics of marginalizing and slaughtering people who impede our lust for self-gratification.  That’s why all the advocates of love, mutuality, and sharing have been executed: it violates the intrinsic, hereditary predisposition toward survival, which is encoded as domination for wealth and power.  All attempts at altering the human condition have failed.  Maybe genetics can remove our greed gene?

No amount of editorial or philosophical speculation can alter that fact.  If you can’t beat ’em, join ’em is the mantra of the self-interested optimists on this planet. Nevertheless, I cast my early voters ballot for the lesser of two evils.

The Monroe County Jail Website reported that a 49-year-old male was arrested for two felonies of “Battery or Domestic battery by strangulation, and Kidnap-False Imprisonment – Adult” at 1621 Spalding Court, Key West on November 4, 2014. This male has a multi-Monroe County arrest record.

Most caring Floridians wouldn’t know that under this four-apartment-Spalding-Court roof are 14-licensed-beds for foster children by the Department of Children and Families.

When will DCF remove this institutional foster children’s license that is surrounded by homeless male adults that many are transitioning out of jail and the 38-bed living facility for homeless adults living with serious mental illness?

The Key West City Commission wants to hear your views and ideas regarding the franchise agreements between the city and sightseeing enterprises. These agreements will be reviewed by all commissioners from now until February. The commissioners want to hear from the community. Please click the following link for the online form. Or you can send your comments to 3132 Flagler Ave, Key West, Florida 33040