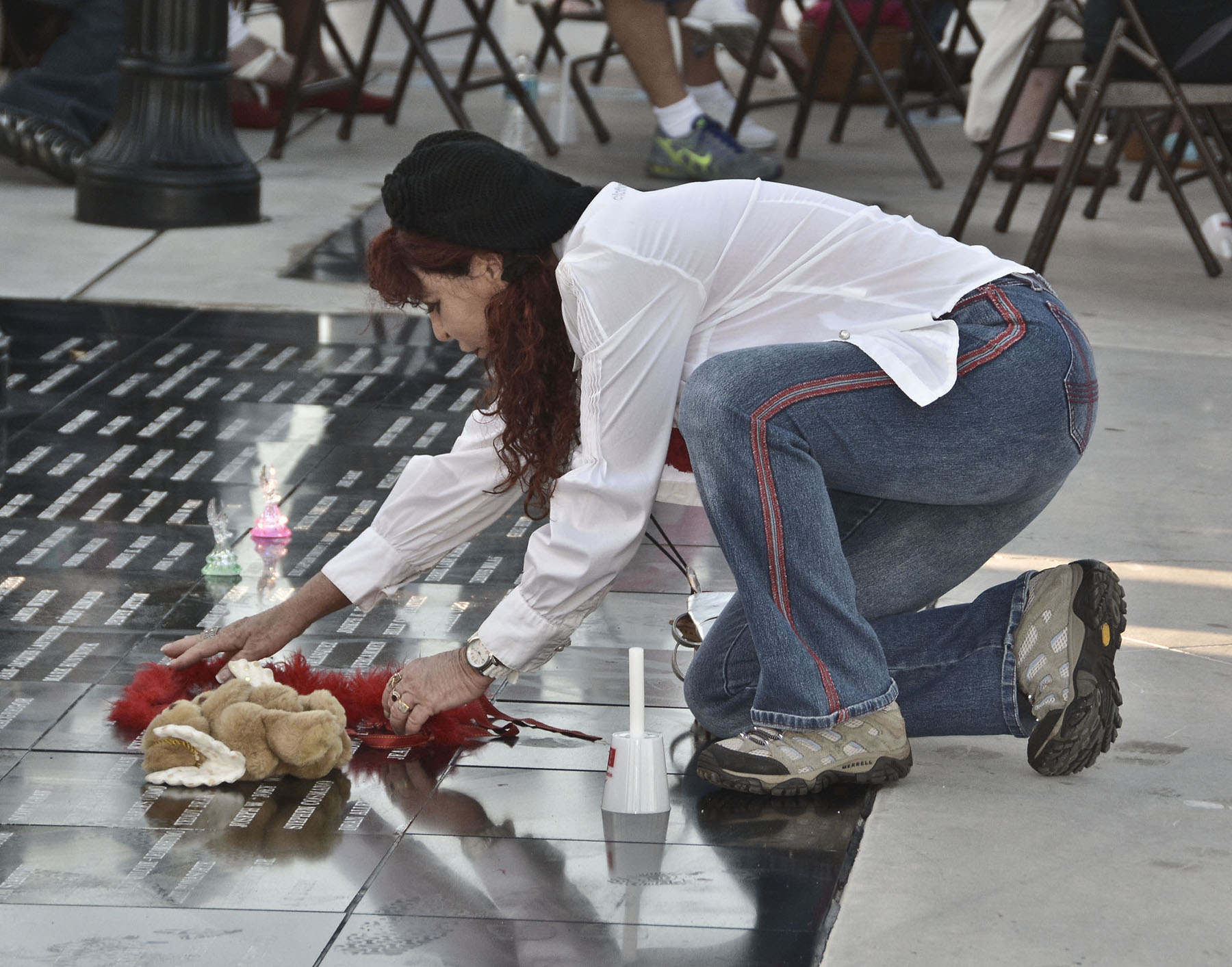 PETE ARNOW/Special to Paradise
Many people laid flowers or other remembrances on the names of loved ones engraved at the Key West AIDS Memorial in honor of their memory during World AIDS Day.

On World AIDS Day, Thursday, December 1, at 4:30 PM please join the Friends of the AIDS Memorial, city and county officials and Key West residents and friends in front of the New City Hall (formerly the Glynn Archer School) on White Street.  There will be a short candlelight march to the only official AIDS Memorial in the United States at the Edward B. Knight Pier.

The World AIDS Day theme this year is: “Leadership, Commitment, Impact.”  Backed by the United Nations the campaign runs through 2016 and builds on last year’s successful “Getting To Zero” initiative encompassing a range of vital issues identified by key affected populations.

A brief ceremony will commence at approximately 5:00 pm at the Key West AIDS Memorial.  The program will include speakers, live music, and the reading of names on the Memorial. Fifteen new names will be added to the memorial this year.

The Key West AIDS Memorial is a tribute to the people who have died due to complications from of AIDS and have a connection to Key West. Their names are inscribed on flat black granite monuments which are embedded in the walkway approaching the Edward B. Knight (Formerly White Street) Pier on the Atlantic Ocean.  The Memorial was dedicated 19 years ago on World AIDS Day, December 1, 1997.

It was built with private funds, and then donated to the City of Key West.  At the time of dedication, 730 names were included, listed in random order.  In succeeding years, additional names have been added.  There are now 1253 names engraved on the Memorial.  The Key West AIDS Memorial is an official City of Key West park.

The memorial is maintained by the Friends of the AIDS Memorial whose mission to preserve and enhance the Key West AIDS Memorial and to ensure the dignity and respect for those whose names are engraved there.