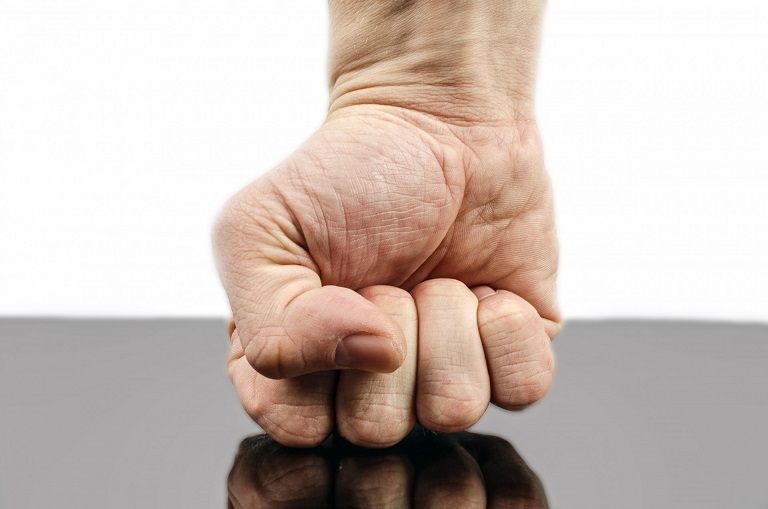 The euphemisms of counter-terrorism have morphed into quaint mellifluous slogans, concealing the savagery and  barbarity of their murderous content.

The dispositional matrix (America’s kill list), extraordinary rendition (Kidnapping & imprisonment without due process), enhanced interrogation (torture), black sites (disavowed torture chambers) and targeted killings (assassinations); have become widely accepted as appropriate terms and methods for use in combating  terrorism. These practices have been described as “legal and justifiable conduct” by our government.

Accommodating and consenting to engage in unrestricted violent behavior  because  we’re fighting a “war on terror”;  has included violating the Geneva Convention and Uniformed Code of Military Justice. War Time Atrocities and Crimes Against Humanity have found their way into “management techniques” utilized to obtain an advantage in defeating terrorism.

Hasn’t our nation and the world become a much kinder, gentler and friendlier place to live in; since the introduction of these “terror modifiers”  into our language and actions? The Department of Homeland Security has provided such comfort, assuredness and convenience for the American People. Only randomly spying on all citizens, with minimal infringement on their Constitutional Rights, privacy and personal liberties.

This “undeclared war” in Afghanistan has evolved and transmuted itself into whatever “one person” has identified and determined (it) to be. In accordance with the Constitution of the United States, Congress is the only legitimate body that can “declare war”.

The “dispositional matrix” is a sophisticated network of data bases interlinked and interwoven with names, dossiers, locations, personnel data, contact files and the identities of all family members associated with every citizen the government has determined to be a “threat”.

What constitutes an individual being deemed a threat? What legitimate legal process and methodology is set forth in determining the “threat worthiness” of a citizen? Does the binding destructiveness associated with this word fluctuate with changes in occupants at the “White House”?

Included in the “dispositional matrix” are a wide range of “disposal options”. Every person identified in said “matrix” has been affixed a “classified option for their disposal”. No evidence whatsoever, of any wrongdoing is required for a name to be inserted into the “matrix”. Mistakes have been made and some individuals have been murdered as a result of these mistakes.

Expunging and confirming the removal of a name incorrectly placed on said list; is impossible. Orwell once wrote about political language being “designed to make lies sound truthful and murder respectable”.

Of note is the fact that American citizens residing within the United States can be targeted with a “drone strike” if it’s deemed the most appropriate means to neutralize or eliminate a target.

President Obama’s Attorney General Eric Holder made this known during his sworn testimony before Congress. More shocking than his comments, was the silence and reticent responses by members of congress, once having been informed of this absurd and inconceivable lethal action, being articulated by the Attorney General of the United States. Not one probing  or follow-up question was asked  by these congressional members, concerning Attorney General Holder’s shocking admission.

During President Trumps’ recent address to the nation, he indicated a doubling-down on his “Wartime strategy in Afghanistan”.  Perhaps the  new parlance, vernacular and aphorisms of this incoming president will save the day. Maybe the addition of cutting-edge words will secure a victory in that region of the world?

We’ve been unable to win the 14 year war we’ve waged in Afghanistan. Even  when 100,000 Combat Troops were on the ground, along with a plethora of support troops and strategized bells and whistles coming to their aid, from a “world power”. Nothing of importance has been accomplished there. What will be different this time?

Maybe if we quadrupled Troop strength to 400,000; as was recommended by the US Army Chief of Staff General Eric K. Shinseki, in pursuit of achieving a visible and recognizable victory in Iraqi; and doubled the time schedule for the Afghan War to 28 years; we might see a difference.

What standard of measurement will be used to determine what a “Victory” looks like, and when it is attained in Afghanistan”?

Military Generals are most important, prestigious  and of value when they’re fighting a war. Biases, prejudices, habits and self-fulfilling prophecies die hard. The (3) prominent  generals  President Trump has surrounded himself with, can create and present information and recommendations to him that are skewed,  distorted and ill-advised; because of their focusing, fixating and advising him on the merits and likelihood of securing a “military solution” in Afghanistan.

The “Continued Warring” in that country will never provide peace, stability and prosperity for the Afghan people; nor will it reassure and meet the security demands of America and our impacted partners in the world.

It doesn’t take an exceptional intellect to know how to succeed in defeating guerrillas, terrorists and rogue nations. If we wanted to, we can obtain a favorable outcome and achieve bi-partisan resolutions with every nation in the world; without ever picking up a weapon, firing a shot or dropping a bomb.

This acquired knowledge and wisdom is readily available to anyone. So what is really going on here? Business, it’s all a matter of  business. Sixty-five years ago President Dwight D. Eisenhower publicly explained it to the nation: “Beware of the Military Industrial Complex”.

It isn’t necessary for industries and corporations to be so appreciably connected to and invested in War, as a means to acquire money. However, it’s what they know and have become accustomed to doing.

Industry can restructure, retool and expand their businesses to produce instruments of peace. There are profitable markets that can generate significant earnings for any company creating products, which will meet the needs and enrich the lives of a growing “global market”. Most certainly, incentives are available to promote and encourage investments in that direction.

However, habits are hard to break and it’s easier with less risk to stay locked and loaded with a “sure return”  generated by a “wartime economy”. When it’s not your children, grandchildren and loved ones’ being savagely torn to shreds on a battlefield; it’s even easier. As one’s friends and family become accustomed to living in safety with the luxuries they enjoy, the screams and cries of combat casualties and innocent children being murdered, are distant and remote.

In the minds of some, sacrifices and blood spilling are most suited and best left for those “baskets of deplorables”..