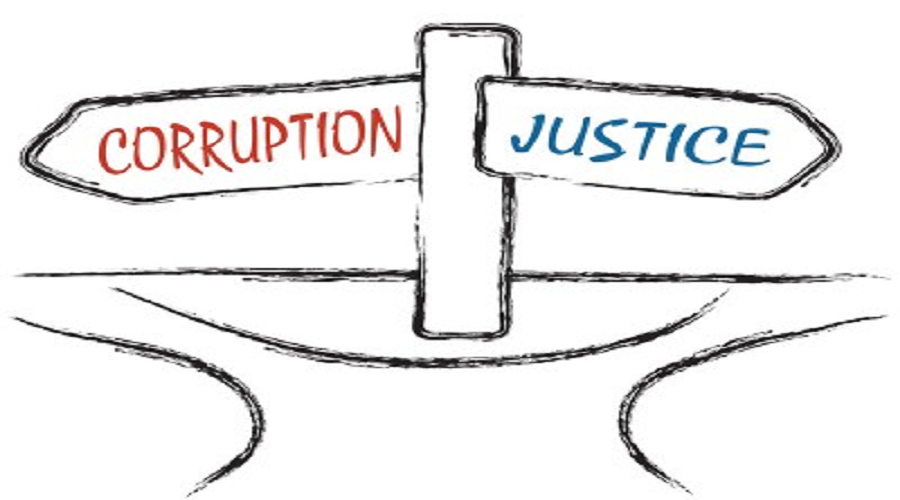 State Attorney Catherine Vogel’s office is corrupt. This statement might appear to some readers to be an attempt on my part to be a bit sensational. But it’s not. Informed government-watchers reading this are more likely to simply yawn and silently ask, “So what’s your point?” I have been reporting to my readers for years the varying degrees of corruption on the part of the various residents of the State Attorney’s Office (SAO). I have repeatedly pointed out that prosecutors knowingly allow police officers to present false under-oath testimony against  defendants — including, but not limited to “facts” from falsified police reports.

To grasp the truth of the concept that I am presenting here, you need to understand that the objective of the SAO is not necessarily justice — the objective is to win cases. This is helpful when reelection time rolls around. Incumbent State Attorneys cannot have potential challengers mouthing off about an unseemly number of cases they have taken to court and lost. So the fact that they often have to depend on lying cops as their star witnesses is not much of a consideration if that’s what it takes to win in court. It’s just business as usual. If, occasionally, an innocent person is convicted because of a cop’s false testimony, so be it.

But wait a minute! Isn’t lying on an official document like a sworn arrest affidavit a criminal offense? Isn’t lying under oath in court also a crime? And is it not the responsibility of the State Attorney’s Office to prosecute law-breakers? And isn’t it some kind of ethical breach for officers of the court (prosecutors) to knowingly allow their witnesses to present false testimony? So what’s wrong with this picture? I’m sure that there are many instances in which prosecutors might be unaware that their witnesses might be lying and are, therefore, duped into participating in a miscarriage of justice. But, rest assured, there are many other instances in which prosecutors KNOWINGLY allow corrupt police officers to present falsified testimony under oath– and maybe even encourage it. And you may or may not have noticed that lying cops are rarely, if ever, prosecuted by the SAO. It is simply not in the best interest of the State Attorney to prosecute her star witnesses.

In covering stories about the Monroe County SAO over the years, I can only remember one case in which prosecutors  dropped a case to prevent their chief witness, a cop, from lying on the witness stand. Of course, the real reason they dropped the case is that they knew that the defense attorney was going to blow the whistle on them in front of the jury. If that were to happen, the prosecution would not only lose the case, but they would never be able to call that cop as a witness again because his credibility would be tainted. This was a simple DUI case. But for some reason, during the roadside sobriety exercises, the arresting officer and several other officers got rough with the defendant. To try to explain that away, the arresting officer wrote in his arrest affidavit that the man had become “violent.” But the video from the cop’s dashboard camera showed that it had been the cops who had become violent. The defendant had been attempting to cooperate in every way. The cop had simply lied on his police report to try to cover up the use of excessive force– and the defense attorney was ready to present both the police report and the video at trial. It may well have been that the defendant had indeed been driving drunk. But prosecutors were willing to drop the case rather than risk losing one of their lying-cop witnesses forever. But were they willing to prosecute the cop for lying under oath on his arrest affidavit? You know the answer to that question.

That cop recently retired, but he continued to testify under oath in court almost until his last day on the job. But even when State Attorney Vogel was presented with documented evidence that one of her assistant state attorneys had knowingly allowed that cop to present false testimony in another case, she simply blew it off.

In recent weeks, however, Catherine Vogel’s SAO has taken corruption (What else can you call it?) to a whole new level. First of all, to avoid investigating the tragic and controversial Thanksgiving Day death of Charles Eimers at the hands of the Key West Police Department, she referred the case to a Grand Jury. Then, she made little or no effort to actually get an indictment. The only expert witness she allowed her prosecutors to call was a paid apologist for police officers. His claim to fame comes from his involvement in a Texas case, when he stated that police there were justified in shooting to death a wheelchair-bound one-legged, one-armed man as he waved a ballpoint pen in the air. Conventional wisdom holds that a prosecutor can convince a Grand Jury to indict a ham sandwich– unless, of course, the prosecutor has no real interest in indicting the sandwich. In the Eimers case, the Grand Jury failed to indict any of the officers involved. Go figure. (If you missed Arnaud and Naja Girard’s commentary in last week’s Blue Paper click here.)

I am not particularly surprised that Catherine Vogel was not hesitant to use her discretionary power as State Attorney to try to protect alleged killer cops, but I am surprised that Assistant State Attorney Mark Wilson went along with it. He was one of the assistant state attorneys who presented the case to the Grand Jury. Before that fiasco, Wilson was highly respected with a reputation for no-nonsense honesty. But inside this SAO, even a man like Mark Wilson can apparently be compromised.

Nothing you are reading here should suggest that, when the SAO takes a case to the Grand Jury, an indictment should be automatic. But we should be able to expect a little more than a junior varsity effort on the part of the SAO to get an indictment so, at least the case can go to trial. In the Eimers case, we know who was representing the accused cops. Who was representing the Elmers family?

One final note here: Vogel is up for reelection in 2016. Let’s see if she brags about her role in the Eimers Scandal in her campaign ads.