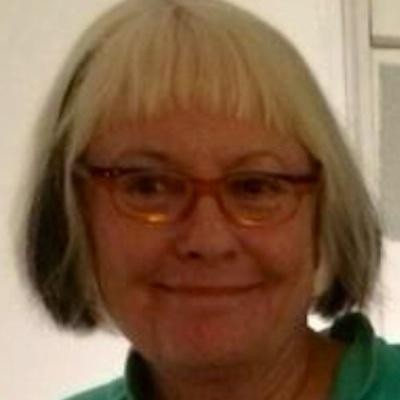 The respected investigative journalism organization, ProPublica,[i] recently concluded, using the FBI’s woefully incomplete statistics on “justifiable” civilian killings by law enforcement (see Huggins, The Blue Paper #102), that between 2010 and 2012, “young black males…were at a far greater risk of being shot dead by police than their white counterparts—[in fact] 21 times greater….” While I would confidently agree that Blacks stand a far greater chance than Whites of being killed by law enforcement, I argue that the Bureau’s statistics do not allow this statistical conclusion about the probability of different racial groups being slain by police. The FBI’s data, as I illustrated earlier in the Blue Paper (#102), point only to the extra-judicial and extra-constitutional consequences of law enforcement making judgments on civilian killings by one of their own.

The FBI statistics on “justifiable” killings by law enforcement therefore suggest a troubling fact about police carrying out street ‘justice’: When US police investigate a cop’s use of lethal force, it is 21 times more likely that a Black youth’s slaying by law enforcement will be deemed “justifiable” than when a cop kills a White youth. This finding points to how ‘justice’ operates in US in practice, de facto, rather than in theory, de jure. US police ‘justice’ is far from ‘blind’; it can operate vigilante-style without legitimate checks and balances. This is why I maintain that some US law enforcement officers kill–with support from their various levels of “brass”– because they can almost always get away with it, especially if the victim is Black.

Skeptics will claim that Blacks who die at the hands of police are simply getting what they deserve because these ‘criminals’ have threatened the cop’s life. The FBI underwrites a cop’s impunity for murder by its definition of a “justifiable” killing by unjustifiably incorporating an “acceptable” motive for killing a civilian. No matter that, according to US Centers for Disease Control (CDC) statistics–derived from death certificates collected at the state level–there are extreme racial disparities among the victims of police shootings: Between 1968 and 2011, Blacks were between two to eight times more likely to die at the hands of law enforcement than whites.

But aren’t these Black victims of lethal force, in fact, criminals who threatened a “peace officers’” life? Certainly, it’s easy in most US cities to validate such a claim post-facto, especially with respect to Black victims of a police shooting. Indeed, in some US cities—especially the larger ones—between 50% and 80% of Black males between 18 and 45 are in some manner negatively attached to the criminal justice system—charged with a crime and under warrant for arrest, in jail or prison, or on probation or parole. However, the recently released DOJ report on Ferguson City police[ii] demonstrates that, at least in that city, Black residents got an over-loaded ‘rap sheet’ through the racially-targeted actions of public servants, to wit: Seventy-five percent of adult Black Ferguson residents had an outstanding arrest warrant against them. The vast majority of the (three out of every four!) Black Fergusonians were guilty of not paying their fines for relatively minor civil infractions like traffic tickets. As a Daily Kos headline proclaimed, “Being Black in Ferguson meant being part of an artificially criminalized underclass.”[iii] The fines and fees used to enhance Ferguson City’s budget ended up creating a system of debt peonage for Blacks, with arrest, fines, and jailing and consequent hardships for Black Fergusonian families.

In the words of the DOJ, this tragic fact of especially Black working-class life in the US is hardly unique to Ferguson. Indeed research cited by the New York Times,[iv] indicates that “Ferguson Became Symbol But Bias Knows no Border”: “Ferguson does not even rank among the top 20 municipalities in St. Louis County” in imposing bogus and race-discriminatory fines to enhance government revenues. The New York Times also discovered that Ferguson’s racial disparities in traffic stops were actually a good deal lower than those for neighboring Missouri cities, although Ferguson had the highest 2013 rate among larger Missouri cities for racial disparities arrests for violations not related to traffic—for example, shoplifting, assault, and such “nuisance” infractions and walking in streets not on sidewalks. No other large municipality in Missouri even came close to Ferguson’s 567 such cases per 1,000 population, with Blacks disproportionately targeted over whites, as Ferguson’s now deceased Michael Brown learned.

The DOJ found that, with Ferguson’s population 67% Black, this population bore a whopping 85% of police vehicle stops and 90% of citations by Ferguson police. Likewise, Ferguson Blacks constituted 93% of all arrests and 95% of all arrestees jailed for more than two days. Nearly 90% of the documented (usually excessive) force carried out by the Ferguson PD was perpetrated against Black Fergusonians. In the words of the US Department of Justice, these figures—which demonstrate the disproportionate targeting of African Americans by police and the courts–“cannot be explained by any difference in the rate at which people of different races violated the law”—that is, Whites are not necessarily less criminal than Blacks. “Rather,…[such] disparities occur, at least in part, because of unlawful bias against and stereotypes about African Americans.” One could add that personal biases are fortified and protected by such institutional supports as the financial protection afforded by government-procured liability insurance against police brutality’s possible blow-back for government and its directors and managers.(Huggins, The Blue Paper, #100).

‘No!’ the police officer retorts, ‘I’m not prejudiced, I’m just doing my job!’ But scholarly investigation going back 67 years has found that, “Merely thinking about Blacks can lead people to evaluate [Blacks’]…behavior as aggressive, to miscategorize harmless objects as weapons, [and contribute to a law enforcement officer’s] shoot[ing] quickly, and, at times, inappropriately.” Recent research nuances this well-documented finding by adding that just “Thinking of crime can trigger thoughts of Black people,” leading to the unsettling conclusion that, ‘If you’re Black, you’re criminal and dangerous and if you’re criminal, you’re Black and threatening.’[v] This mind-set helps to explain in part why a police department and its Internal Affairs Division is much more likely to judge the killing of a Black person “justifiable” than the slaying of a White perpetrator by a cop.

But could any of this possibly relate to the policing of Key West’s ‘One Human Family’? Beginning with the proposition that the institutional racism found in Ferguson is fed by the unexamined and officially protected actions of police whose activities and the statistics they generate about crime usually go unquestioned, I will next week explore the tasering, civil forfeiture, and jailing of one of Key West’s own–Everette F. Wilson—a Black man who attracted a cop’s attention, ‘as a drug dealer,’ because Mr. Wilson was ‘leaning-into-a car’s-window-while-Black.’ Mr. Wilson’s case involves an earlier traffic stop, a warrant against him, jail time, and civil forfeiture: a chemistry parallel to Ferguson’s toxic mixture.

[i] ProPublica. 2014. “Deadly force in Black and white.” http://www.propublica.org/article/deadly-force-in-black-and-white

9 Responses to “US Law Enforcement Kills with Impunity– Especially When the Victim is Black, Part 1:”