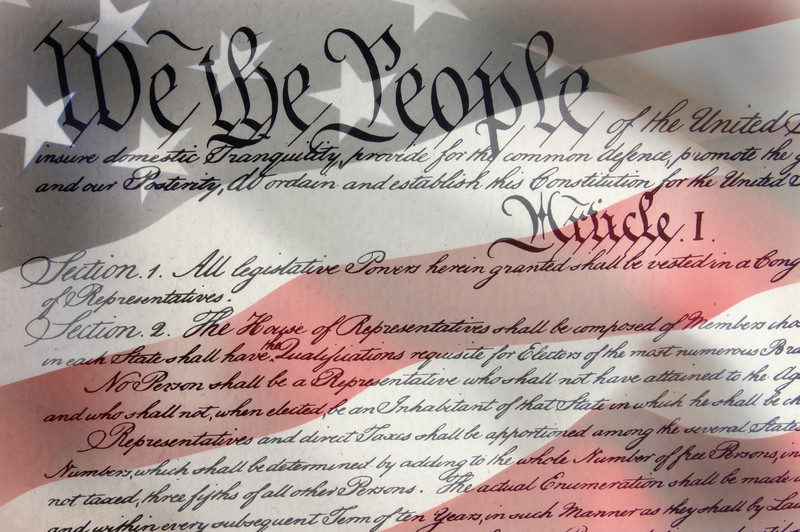 “A house divided against itself cannot stand.” – (A. Lincoln)

I want to make a pivotal distinction here. . .

The “United States” and “America” are not necessarily the same thing. 240 years ago, the British Empire waged war against the America because America was hell-bent and determined to be free and independent of an oppressive government.

“WE THE PEOPLE” are America.

The “UNITED STATES” is our government. A government designed and implemented by the people to promote the general welfare, provide for the common defense and secure America’s blessings of liberty.

Judging from current events, America (we the people) and the United States (our government) are at odds. When societal and political interests are at odds, as they were in Lincoln’s time, it’s a safe bet the “house” is divided.

Before our house comes crashing down around us, it falls to America (we the people) to make the hard choice. . .

Left with the choice, our government will choose conflict every time. That game is rigged in their favor; they can’t lose.

In any conflict against America, the United States wins.

It is for America (we the people) to make that hard choice in our best interest. I propose that America (us) pour the United States (them) an ice cold, frosty mug
of Civil Discourse.

On that most basic of relational concepts, our Constitution is clear.

By any measure imaginable, the United States (our government) is asleep at the wheel and still, its “auto-pilot division” continues to collect our hard-earned for their inequitable taxes to misappropriate without regard for the best interests of America (we the people). The United States is tasked with representing America. America is not well represented.

Compelled by recent events and the unnecessary, often manufactured stresses perpetrated by the United States on America, I declare that a state of Civil Discourse now exists between America (we the people) and the United States (our government).

I further suggest that our Civil Discourse begin with the following initiatives. . .

These are not new issues but they are issues whose time has come. Issues that serve the best interests of we the people. Issues that can be resolved without causing catastrophic disruption to the secret smoke filled room, self-interested dealings of our government.

(Again referencing Lincoln) – In your hands and not in ours is the momentous issue of Civil War. America (we the people) will not assail you. The United States (our government) can have no conflict without itself being the aggressor. . .

(Now directly quoting Lincoln 2nd inaugural) – “We are not enemies, but friends. We must not be enemies. Though passions may have strained, it must not break our bonds of affection. . . “

I’ve suggested Civil Discourse and three familiar topics to start the conversation. If the United States will not meet America half way, but continues instead to covet its wealth and power, America will fail. Without America, the United States, with no reason to exist, will follow.

All great nations perish. History shows us that. The only choice is how. When time enough passes for legend to become myth, what will be our nation’s legacy?

But the tales told by our greatest grandchildren will be of AMERICA.

Tales of resilient and optimistic spirit; of creativity, compassion and great kindness. The soul of our American experience.

Our greatest grandchildren will debate our constitution. They’ll talk baseball and they’ll listen to jazz.