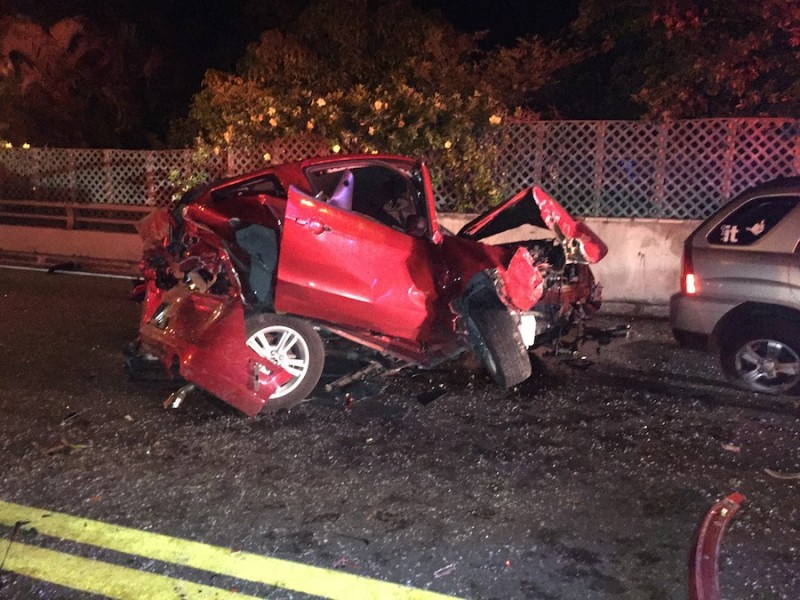 Just in from Alyson Crean, spokesperson for City of Key West, KWPD:

The intersection of Flagler Avenue and South Roosevelt Blvd was closed for two hours around 1 a.m. Saturday after a high speed collision. A white Kia was traveling south on South Roosevelt Blvd and ran a red light. The car was estimated to be traveling between 85 and 100 mph. A red mustang traveling east made the legal turn onto South Roosevelt and was struck by the speeding car. The impact pushed the Mustang into the barrier wall at the side of the street.

The identities of the people involved in the crash are not yet available.

3 Responses to “Unbelievable! Crash Results In Only Minor Injuries…”