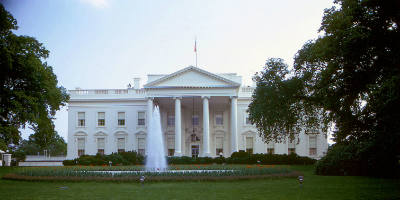 In a recent column, I noted that if Oprah Winfrey runs for president in 2020, she will be at least as qualified for the office as the incumbent, Donald Trump, was when he announced his 2016 campaign.

They’re both billionaires of similar net worth — her self-made, him not so much.

They’re both former television personalities — her the long-time host of a top talk show and builder of an attached media empire, him a “reality TV” shock jock. And so on and so forth.

The feedback I’ve received runs from the “no way” of Trump supporters to the “yes way” of Trump haters, with a healthy portion of people who consider neither of the two even remotely qualified for the job and wonder if the world is going crazy.

So, let’s talk about qualifications for the presidency. The US Constitution lists three: A prospective president must be at least 35 years old, be a “natural born citizen” of the United States, and have resided within the US for 14 years.

But, of course, many people want more than just those three things in a president, and I guess I can’t blame them. Unfortunately, what people — at least the people who pick major party presidential nominees — usually seem to want is a sitting or former governor or US Senator (or, occasionally, a victorious general). They want “political experience.”

I disagree. America’s fifty governors and 535 members of Congress seem to constitute the worst possible pool from which to select a president. Their collective record of corruption, incompetence, scandal, etc. is probably an order of magnitude worse than the record of any 585 randomly selected regular Americans. Seldom a day goes by without some politician getting caught with his hand in the till, or texting photos of his junk to random women, while passing monumentally stupid laws and running up $20 trillion in debt.

Secondly, if you think American government is moving in the wrong direction, well, guess who’s been moving it that way? These are the people trying to run our lives, and doing a terrible job of it. Political power attracts narcissists, sociopaths and megalomaniacs.

So, why not change the way we pick the president? I have two ideas, either one or both of which would improve the situation.

First, I suggest a constitutional amendment disqualifying any man or woman who has previously held elected office from running for president. A candidate could run for Congress or governor now or for president later, but not both. That should get rid of a lot of the scheming and opportunism associated with a political “career ladder” leading to the Oval Office.

Secondly — and, yes more severely — why not select the president by lottery? Just draw a random Social Security number, make sure the  person meets the other qualifications, and inaugurate him or her. Short of eliminating the office, random selection of the president seems like the best way to safeguard our liberties from people who want the job  … and who therefore should never be allowed within a mile of it.