“Let me begin by saying that although this has been billed as an anti-war rally, I stand before you as someone who is not opposed to war in all circumstances,” Illinois State Senator Barack Obama said in 2002. Later in the same speech: “What I am opposed to is a dumb war.”

Although elected president at least in part on his image as “the peace candidate,” Obama owned eight years of constant war. He waffled on then partially reversed the withdrawal from Iraq negotiated by his predecessor. He stretched the eight-year Afghanistan war to 16 years and counting. He began or expanded operations in Pakistan, Libya, Syria, Somalia and Yemen, escalating even to extra-judicial assassinations of American citizens.

During the 2016 campaign, Trump threaded the same rhetorical needle as pre-presidency Obama, referencing “bad deals” instead of “dumb wars.” Like Obama, he touted his disapproval of the Iraq war. He took Bush’s “humbler foreign policy” campaign rhetoric a step further and publicly floated the possibility of dissolving NATO. Even the future of US military support and financial aid to Israel seemed to be (briefly) up for discussion.

Those watching closely noticed, of course, that Trump was very much back and forth on foreign policy.

One minute he talked like a non-interventionist. The next minute he railed about “rebuilding” a US military that’s already the most powerful and expensive war machine on the face of the earth and has been since World War II.

One minute he was for good relations with other countries, the next he was threatening to reverse Obama’s two real foreign policy successes, the nuclear deal with Iran and the thawing of relations with Cuba.

He soothed the Israel lobby with a speech to its main organization, the American Israel Public Affairs Committee (AIPAC), reversing his previous claim to “neutrality” in the Arab-Israeli conflict in Palestine and promising eternal support for the Israeli (read: for Likud) side of that conflict.

Trump is nothing if not a masterful performer. He managed to play both sides of the foreign policy coin, signaling “business as usual with extra jingoism” to hawks and “less interventionism” to doves.

Unfortunately, as with Obama, many doves — even some libertarians, who ought to have known better — fell for it. And some of them still ARE falling for it.

Since taking office, Trump has proven beyond a shadow of doubt that it is indeed business as usual. The drone strikes continue. Navy SEALs have murdered dozens of civilians including an 8-year-old American girl in Yemen. Instead of withdrawing US troops from Syria, Trump touts escalation of American involvement with the establishment of “safe zones” to corral war refugees. He’s even turned on his supposed friend Vladimir Putin, promising an extension of sanctions against Russia on behalf of Ukraine’s regime.

Time to take off the rose-colored glasses. Donald Trump is the War Party’s dream president. 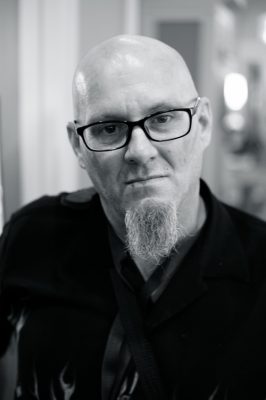