Usually I try to ignore what Rubberlina™ is up to when she usurps this space. In her blog yesterday, though, I couldn’t help but notice her claim to suddenly be able to teleport herself from one place to another instantly, in this case from my desk to a single-cup Keurig machine that she swears is some kind of alien transporter. As “proof” that this is possible, she cites Dr. Bruce Goldberg’s article “What is teleportation?” I just had to check it out. (If you’re not familiar, and why should you be, teleportation is the “theoretical” transfer of matter or energy from one point to another without traversing the physical space in between.) 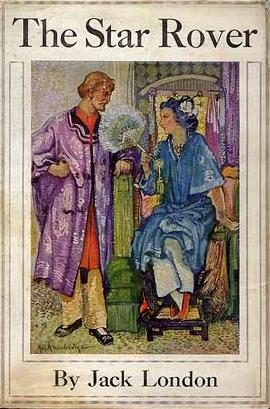 Our expert on this, Dr. Bruce, has a bachelor’s degree in biology and chemistry, a DDS, and a master’s degree in counseling psychology. According to his bio, he’s retired from dentistry to devote his time to a “thriving international hypnotherapy practice” in which he developed “progression hypnotherapy” and the “mind-tap” healing process. Using these tools plus the more standard regression therapy, he takes patients on mental trips into their past, present, and future lives. He is also, according to him, “the world’s foremost authority on futuristic time travelers.” He won’t say whether he’s one of these travelers, but if he were, he teases, he would be from the 35th century “where teleportation is developed as a means of time travel” and where “the average age is between 500 and 900 years old due to an energy charging device called the alphasyncolarium.”

What we find in a true teleportation is that physical body dematerializes (disappears) from one location and subsequently rematerializes (reappears) in a different spot in an instant often accompanied by a “pop” sound…. If you are observing someone actually being teleported, you would see their body slowly fade away and disappear. Nothing else in the environment would be altered. The person undergoing teleportation would experience an increase in their energy vibrating at high speed, accompanied by a tingling, buzzing sensation and/or feeling of spiraling upward.

In the beginning you will find that you wind up in places far from your goal. This low level of accuracy improves dramatically with regular practice. When you return to your place of origin, you will again hear that “pop” sound. Your body travels at the speed of light, so distance is of no significance…. In order to successfully experience teleportation, you need to focus your mind and block out all other distractions. It is only your limiting beliefs that will prevent you from experiencing this unique form of travel.

It’s easy, of course, to poo-poo Dr. Bruce’s claims, but, hey, he’s published 21 “best-selling” books and has that thriving past and future life hypnotherapy practice he mentioned. And he shows some common sense when it comes to teleporting, advising his readers to “teleport to secluded places to avoid shocking other people when you materialize in front of them.”

And, truth be told, I’m a little jealous of Dr. Bruce. Think of the travel expenses he saves as he pops about the world doing his speaking engagements. Think of all the places you could go instantly at no cost. You could knock off your travel bucket list in one day if you so desired. You could also knock off your “visit the fifth dimension” and your “meet time travelers from the future” wishes. I can’t wait to try this out for myself. I’m going to call and order my Time Travelers Training Program CD right this minute.