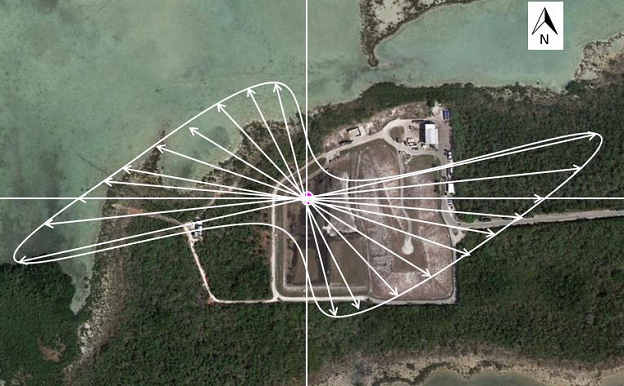 Describing the current system of septic tanks as the devil we know, The Nature Conservancy’s Chris Bergh told the Board of County Commissioners at its meeting on May 20, 2015, “The devil we know is better than the devil that we don’t know…based on these studies the AWT [effluent] is going to come up….There will be an impact on the environment…go for now with the devil that we do know and do not inject wastewater into these shallow wells.”

Instead of going to court, Dr. Briceno told the BOCC “you must make sure we have an ecological assessment of Cudjoe Key we can use for evaluating potential impacts”.

Expanding on Mr. Bergh’s comments, Dr. Henry Briceno explained: “We are in a situation that we have to select from bad or worse. The well-known devil is that of the septic tanks which have crippled water quality in canals and marine waters close to shore for years, with not only nutrient and fecal matter, but with chemicals of all kinds…….We do not know for certain how the biodiversity and water quality is already impacted from those juices coming out of the unlined landfill. In what conditions are the fisheries, mangrove forests and seagrasses around the treatment plant? What would be the added damage? Will the system go beyond the point of no return? .. We simply do not know,… This is the unknown devil, the dragon under the landfill.”

Speaking as a member of the scientific community, Dr. Briceno described what he learned by performing the tracer-dye study for FKAA at Cudjoe Regional. “We know that if we inject water in those shallow wells it will boomerang back to the surface. That’s a fact. And those waters are going to interact with whatever is on the surface environmental conditions…which unfortunately on Cudjoe Key we don’t know.” Dr. Henry Briceno also serves at the Principal Investigator for the Florida Keys National Marine Sanctuary’s Water Quality Monitoring project.

Dr. Jim Fourqurean, speaking as a member of the scientific community, described the impact of the freshwater AWT effluent in the Florida Keys marine environment: “We know that phosphorous will be liberated from the rock if we pump all this fresh water down into the subsurface. We know that the phosphorous is going to come to the surface. We know that if you put any phosphorous in the water anywhere in south Florida you …change the conditions of the turtle grass and corals that we value in south Florida. Dr. Fourqurean also pointed out that although the effluent is treated to Advanced Wastewater Treatment standards (AWT), it still has 100 times more phosphorus than nearshore waters, even before it liberates phosphorus from the subsurface limestone.

Dr. Fourqurean continued: “You are taking a system of bad septic tanks that is distributed across the entire region. You’re collecting it into a single point source, you are concentrating the problem. Although septic tanks are bad, shallow well injection could create much worse problems at this point source on Cudjoe Key than we’re now generating.” Dr. Fourqurean also serves as the Principal Investigator for the Florida Keys National Marine Sanctuary’s Seagrass Monitoring project.

Asked by Mayor Kolhage to explain why DEP has been permitting shallow wells, Dr. Fourqurean replied, “I think they are looking at the wrong rules….The standards actually say that the discharges must not cause an imbalance in the flora and fauna of outstanding Florida waters. We know that if you put any phosphorus in the water anywhere in South Florida you create an imbalance.”

Dr. Briceno urged the BOCC to speed up the deep well. “… whatever you decide, … you must speed up the dream of that deep well. Bring an oil company that can drill more than 3,000 feet in two months or less. And try to make the permitting agencies speed up their processes. ….We cannot wait 2½ years.”

In July, 2014, The Cudjoe Gardens and Sugarloaf Shores property owners associations, representing approximately 500 property owners, and Mike Laudicina and Don DeMaria, local commercial fishermen, challenged the FDEP draft permit which allows FKAA to operate Cudjoe Regional using only shallow wells. Although FKAA agreed in March, 2015, to build a deep well, FKAA intends to use the shallow wells during the 2 years or more FKAA predicts it will take to build the deep well. FKAA predicts it will dispose of 300,000 gallons per day in one year, and 550,000 gallons in two years. The legal challenge continues. “Don’t flush the dump,” said Larry Francisco, President of Cudjoe Gardens Property Owners Association.

5 thoughts on ““THE DRAGON UNDER THE LANDFILL”: Sanctuary Experts Say Don’t Use Shallow Wells at Cudjoe Regional”