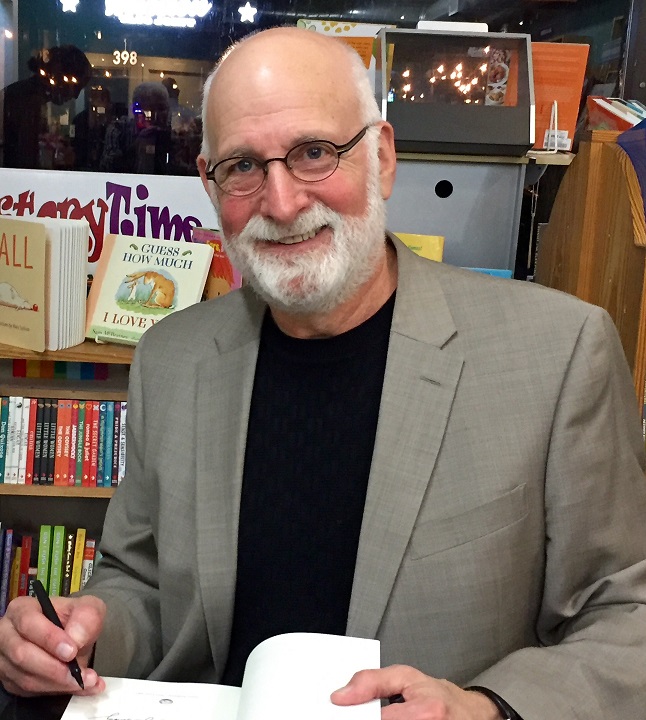 Schvey, Professor of Drama and Comparative Studies at Washington University in St. Louis where Tennessee Williams was enrolled as a student from 1936-38, is a prolific writer, playwright, poet, mentor, and director of more than 25 plays during his three-decade tenure there. His presentation will reveal Williams’s unique visual sensibility and innovative approach to theatre that helped create a “sculptural drama” of concrete visuals— elements of staging such as light, movement, color, sound, and design—which Williams considered “as much a native part of drama as words and ideas are.”

“I think the concept of theatre as a “plastic art” is essential to his contribution as a playwright,” says Schvey, whose book The Plastic Theatre of Tennessee Williams: Expressionist Drama and the Visual Arts will be published in 2020. “It led him to abandon the social realism of the 1930s and allowed him to develop his own kind of theatre, one in which words are an important component, of course, but are merely one tool in the arsenal of the playwright.”

While most know Williams for his five decades of theatrical work that includes “The Glass Menagerie,” “A Streetcar Named Desire,” and “Cat on a Hot Tin Roof,” many do not know that he also painted throughout his life, most prolifically in the last decade of his 34 years in Key West. Williams’s expressionistic style is represented in the David Wolkowsky Collection at the Key West Art and Historical Society’s exhibit “Tennessee Williams: The Playwright and the Painter” at the Custom House Museum, which was showcased in 2017 at the St. Louis University Museum of Art.  The loaned exhibit was a “revelation” to the community, says Schvey.

“There are still many Tennessee Williams scholars or aficionados who have no idea that he painted.”

Those that do may see his painting as simply a “hobby,” says Schvey, when in fact, they hold much more significance.

“Imagine if we discovered that Shakespeare made sketches and that these were suddenly discovered—wouldn’t that create a stir in the public’s imagination?” says Schvey. “I think that Williams’s paintings and sketches are an important component of his genius—and add significantly to our understanding of his work.”

The presentation is part of the annual 2018 Tennessee Williams Birthday Celebration, a 6-week commemoration that kicks off with a limited-ticket party on Wednesday, February 28th at the home of Tennessee Williams Museum founders Dennis Beaver and Bert Whitt and continues into April with a full roster of writing and painting contests, film and poetry forums, curator tours of the Museum located at 513 Truman Avenue, a March 26th birthday party for the playwright, and two one-act theatre productions of the Pulitzer-Prize-winner’s work.

Tickets for the Schvey presentation are $5 for KWAHS members, $10 for non-members, available at kwahs.org/education/distinguished_speaker_series; advanced ticket purchase is recommended.  The Distinguished Speaker Series is sponsored by the Helmerich Trust and the State of Florida Division of Cultural Affairs, the Birthday Celebration is sponsored in part by Community Foundation of the Florida Keys and The Studios of Key West. For more information, contact Adele Williams, Director of Education, at 305.295.6616, x115. Your Museums.  Your Community.  It takes an Island.