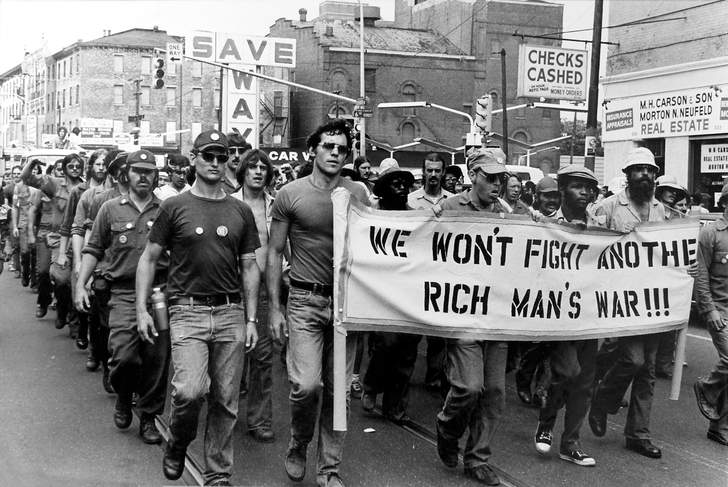 I was awoken this morning by a tropical alarm clock – the joyous sound of wild parrots flying above my anchored boat. Their airborne chirping reminded me that the last thing that I heard as I dozed off the night before was also from the non-human world. It was the raucous barking of a troop of howler monkeys.

Perhaps it was because my sleep had been book-ended by these emissaries from the realm of Nature – but I felt radiantly refreshed. Lying in my bunk, I noticed that an amber shaft of equatorial sunlight was resting on my chart table. And there, sitting in the middle of it was a little gecko sunning itself.

A feeling of cleansing jubilation swept over me. It felt like something momentous had transformed the planet as I slept during the night. It was as though the long-rumored pole shift had occurred. But it was not a geographical reversal, it was a philosophical upheaval.

Suddenly, the ordinary people of the world had awoken to the fact that war was not about spreading democracy and ousting hideous tyrants. It was a fraud imposed on the regular people by the irregular people – who are awash in money and power and who benefit obscenely from war.

These Malignant Overlords create the latest “enemy” that they declare a “threat to our way of life.” Their groveling media hacks then ceaselessly regurgitate lies claiming that the citizens of the enemy country are actually subhuman and must be either defeated or perhaps even annihilated.

The war frenzy lines the pockets of the power people because their investment portfolios are filled with military industrial corporations. And as the war drums beat louder the media engorges itself on higher ratings and rising ad revenues. The politicians are also ecstatic because they know that in times of conflict the incumbents are almost always re-elected.

What makes the march towards war even more orgasmic for these Malignant Overlords is the fact that they are at no risk whatsoever. They will not be on the front lines and neither will their sons or daughters. They will lead the troops from the rear- or more likely from the country club bar.

And what is even more despicable is that in this age of possible nuclear incineration those who start the war and don’t have to fight in the war will be protected from the war in underground bunkers. While they survive, we will be converted into an enormous porcelain puddle as the cities are vaporized.

But during this Night of Awakening the mass of humanity snapped out of their trance and recognized what war truly is – a form of temporary insanity that allows our leaders to convince us to kill innocent people who are just like ourselves and who have never done us any harm. And so they ripped off their uniforms and threw down their rifles and vowed to never fight for the Rich Man again.

This morning’s golden dawn also rejuvenated the people of the world with the understanding that morality and justice do not require religion. They suddenly had a secular epiphany; and they realized that Big R Religion or Institutional Religion is more harmful than it is helpful. They saw through the self-glorifying propaganda of the priests and the rabbis and the mullahs.

They realized that for thousands of generations humans behaved ethically towards each other without any need for sky gods or temples or “holy” books . The evidence for this is that our species survived admirably without fiery edicts from above.

The glory of this sun-plush morning also inspired a vision of people emancipated from the false and un-provable concept of an afterlife. And with humanity liberating itself from the belief in heaven, they could also be freed from the fear of hell. This inspired them to recognize that we have but one life and that it is ever so brief and must be cherished and lived as joyfully and purposefully as possible.

And those who defend religion because it is a noble form of extended family and does reinforce certain worthy moral principles suddenly realized that these positives are far outweighed by the negative “baggage” of the history of religion.

They had to acknowledge that its legacy is soiled by witch-hunts and religious wars and repression of scientific discoveries and support of slavery and suppression of women and nowadays by be-headings and suicide bombers. How can these horrors not outweigh any supposed moral teachings?

Enlightened by these conclusions, the same mass of humanity that had decided to never fight or support another war now also swore off religion. They recognized that the only moral compass that they need is already within them. And they understood in their heart of hearts that the myth of an afterlife only detracted from their ability to exquisitely savor this one life that we are bequeathed.

For about an hour I rested in my bunk and reveled in this glorious vision of an unshackled humanity. Then I looked over at the chart table and noticed that the beam of sunlight was gone. The little gecko had also vanished.

Then my gaze shifted to my beautiful brass ship’s clock, which has sailed with AVENTURA for all these years and all these miles. And then I noticed my little calendar. It rudely reminded me that it was … April 1, 2017.

If the gecko was hiding nearby, it surely heard me sigh – for I realized that I am not just an April Fool – I am an every damned day fool.