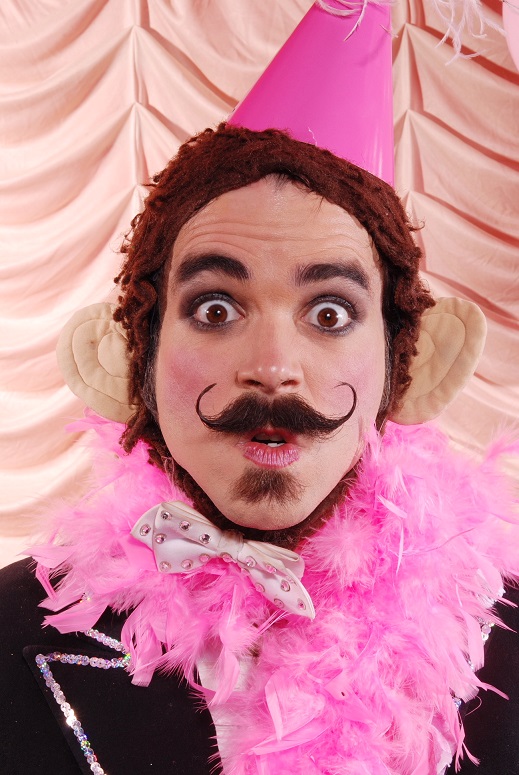 Passionate primate: New York City-based Evil Hate Monkey, award winning darling of the international circus and cabaret scene, will cause hearts and potassium levels to spike on February 16 and 17 when he joins Key West Burlesque for their latest extravaganza, “Key West, We Love You: A Love-Filled Revue” at the Key West Theater on Eaton Street. (Contributed Photo)

Nothing quite says “I love you” like an Evil Hate Monkey, one of Key West Burlesque’s guest star performers for “Key West, We Love You: A Love-Filled Revue” on Friday, February 16 and Saturday, February 17 at Key West Theater, 512 Eaton Street. Set to classic love songs, the dazzling extravaganza is sure to be more fun than a barrel of monkeys, incorporating the love of all things Key West in a follies-style storyline of high energy, humor, and glamour that takes the crowd inside the lives and loves of the Southernmost city.

“The Dolce and Banana of Burlesque” is an award-winning primate who has been flipping and stripping for audiences since 2002. Based in New York City, his original mix of circus skills, absurd humor, and over-the-top personality has earned him a cultish following developed over the course of a decade.

“You’re gonna love him a bunch,” says the show’s producer Christa Hunt, who has been offering original burlesque shows in the Florida Keys since 2006.

The hilarious, banana-throwing Evil Hate Monkey- darling of the international circus and cabaret scene- will sing, dance en pointe, and wow the crowd with his gut busting, side-splitting performances that combine striptease, trapeze, and cabaret.

So quit monkeying around. Get your tickets now.