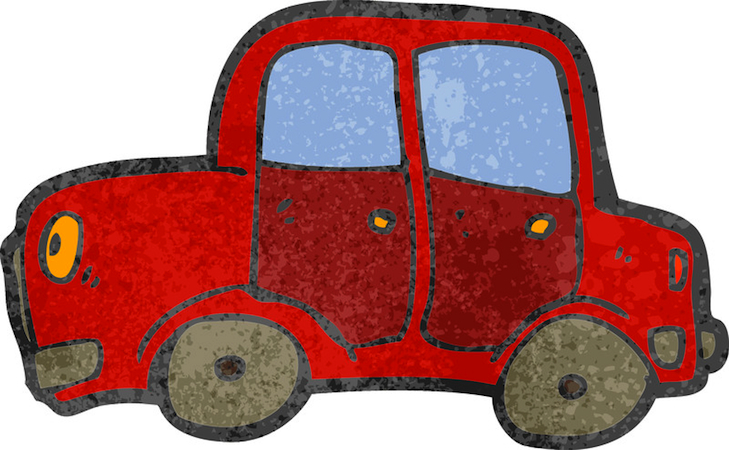 As those of you who are familiar with the adventures of Skippy the car will remember, Skippy shut himself down and refused to budge on a dark and stormy Christmas Eve. Neither threats nor promises were effective, so we called in the professionals and had Skippy physically removed from the Florida Keys to Miami for some re-programming and cognitive therapy. Shortly after the smoke from the New Year’s fireworks wafted out to sea, we received word from the service department that Skippy had been given the all-clear to return home. In short, Skippy was fine and raring to go.

The diagnosis: a loose connection to the accelerator controller. Plugged back in, Skippy should be as good as new. This was only right, as Skippy is, in fact, nearly new — four oil changes old, to be exact. We declared a day of big-city shopping to take the sting out of a 300-mile round trip and we two, we lucky two, hopped into the 10-year old family Prius and wended our way northward. We felt sure Mother and the dog, eagerly awaiting our return, would surely wish that they had been with us on this glorious St. Basil’s Day.

Only one road leads into and out of the Keys, US 1, also called the Overseas Highway, formerly the Overseas Railway. It is a beautiful scenic drive with sunny ocean views all around. Few other routes by car are more dazzling. We whistled a merry tune as mangroves and sea grapes flashed by and a steady, one might even say, raging stream of cars, passed the other way headed for their vacation destinations in the fabulous Florida Keys. At some point, we realized that our stream was beginning to rage as well and, by the time we reached Marathon, we had all slowed to a creepy crawl. Tourist season was upon us, a perfect time to relax at home with booze in the blender. But a road trip to Miami? Not so much. Four-and-a-half hours later we completed our three-hour journey and reunited with Skippy.

Free of charges, we were soon back on the road with visions of shopping malls swirling in our heads. Skippy and I took the lead and, with Prius close behind, we merged onto Florida’s Turnpike, where orange juice is never far from hand. We set the controls to “Home” and settled in for the ride.

The ride lasted about five minutes. Skippy and I suddenly decelerated as cars on both sides whizzed by, seemingly ever faster. Einstein, it turns out, was right. Merging to the right from the middle lane of the Turnpike, at slower and slower speeds, is – like any near-death encounter – an experience to be missed, if at all possible. It happened so quickly, I had no time to blurt out an expletive.

Now, parked next to the guardrail, I rested my head on the steering wheel. Adrenaline is a powerful drug. My mind raced. Soon thoughts and questions arose in my troubled mind. It was happening again, just like on Christmas Eve. At least this time it was not dark and raining.

My thoughts and suspicions now turned to Skippy. Why had he done this again?

“Why, Skippy, why? What is the problem?”

“I think you know what the problem is just as well as I do, Mike.”

“Skippy, you’re crazy. Next thing you’ll be telling me is that I am jeopardizing the mission.”

I didn’t wait for an answer, Skippy knew as well as I did what came next: roadside assistance and back to the dealer. This time would probably mean complete disconnection of the computer, maybe even replacement. The tow truck, with Skippy safely secured, pulled expertly into the traffic. I suddenly felt a strange sadness. As quirky as Skippy’s behavior had been, I would miss him.

I walked along the side of the road toward the Prius and our long journey home and, as the tow truck receded from view, I thought I heard the sounds of the song “Daisy” playing plaintively from Skippy’s radio.