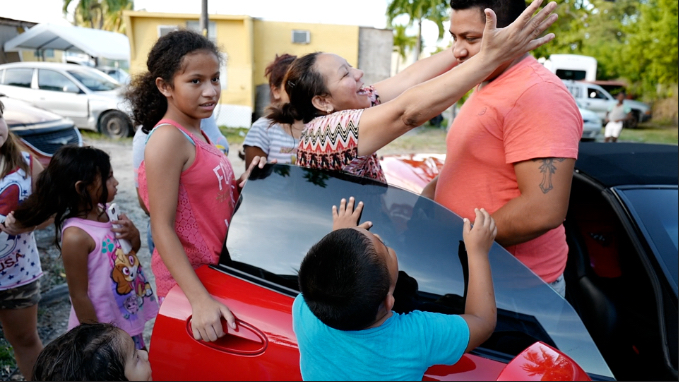 The Monroe County Sheriff’s Office must stop its unconstitutional practice of detaining immigrants so that federal authorities can investigate them for possible deportation, the Southern Poverty Law Center (SPLC), the American Civil Liberties Union of Florida (ACLU-FL) and LatinoJustice said in a letter this week.

Immigration and Customs Enforcement (ICE) and Customs and Border Protection (CBP) use detainer forms to request that sheriffs keep arrestees in jail on suspicion of immigration violation after they otherwise would have been released.

The letter, addressed to Monroe County Sheriff Rick Ramsay, informs the law enforcement agency that it has been keeping alleged immigrants in the Monroe County Detention Center, in the Florida Keys, based on a detainer form that federal courts across the country have explicitly ruled unconstitutional.

“Not only does this practice present serious constitutional concerns and exposes the county to lawsuits, but it also harms the local community,” said Amien Kacou, staff attorney at the ACLU of Florida. “As Monroe County continues to recuperate from Hurricane Irma, it should be focusing its efforts to maintaining the safety and cohesion of these communities, not assisting in the separation of families and the deportation of community members.”

SEE MORE FROM THE BLUE PAPER:

IS MONROE A ‘SANCTUARY COUNTY’?

According to the groups, the version of the detainer form used in Monroe County has been shown to violate the Fourth Amendment prohibition on illegal search and seizure. Merely investigating a person’s immigration status does not provide a probable cause for holding someone, thus exposing the county to liability.

Local law enforcement agencies have repeatedly been held liable for illegally detaining people in response to this type of hold request. For example, Clackamas County in Oregon was held liable for detaining a woman for 19 hours under an immigration detainer and had to pay her $97,000. Similarly, Lehigh County in Pennsylvania recently settled a lawsuit for $95,000 for wrongfully holding a United States citizen under this immigration detainer.

The current form used by ICE no longer permits the agency to request a detainer hold when it has only begun an investigation. Even this form does not satisfy the Fourth Amendment, however, as it does not require a finding of probable cause by a neutral magistrate before detaining someone. Use of detainers also endangers public safety by discouraging immigrants from reporting crimes, and contributes to the separation of families.

“We urge the Monroe County jail to stop honoring this outdated and unconstitutional form immediately,” said Lisa Graybill, deputy legal director at the SPLC. “Reliance on a form already found to be unconstitutional is an unconscionable attack on due process, and leaves Monroe County vulnerable to potential litigation.”

“We urge Monroe county to immediately cease its practice of honoring detainers. Not only does this practice expose the county to the potential of costly litigation based on violations of well-established constitutional principles, but also weakens the relationship between law enforcement and the community they serve.” said Kira Romero-Craft, Associate Counsel in LatinoJustice’s Southeast Office in Orlando.

THE LETTER TO SENT TO SHERIFF RICK RAMSAY:

About the ACLU of Florida

The ACLU is a nonprofit, nonpartisan organization that works in courts, Congress, legislatures, and communities to protect and advance the constitutional rights of everybody. With a nationwide network and more than 2 million members and supporters, the ACLU takes up the toughest civil liberties fights. Learn more at aclu.org and aclufl.org.

The Southern Poverty Law Center, based in Alabama with offices in Florida, Georgia, Louisiana and Mississippi, is a nonprofit civil rights organization dedicated to fighting hate and bigotry, and to seeking justice for the most vulnerable members of society. For more information, see www.splcenter.org.