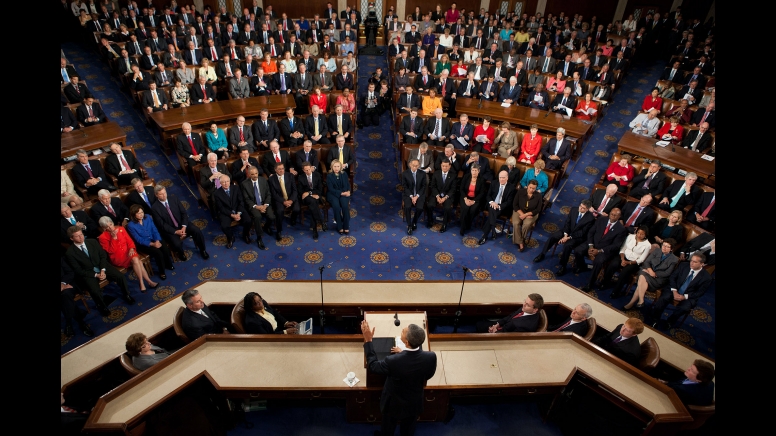 As former US president Barack Obama’s second term drew toward its close last July, he exercised his veto power for the eleventh of 12 times, shutting down “The Presidential Allowance Modernization Act of 2016.” The bill, which easily passed both houses of Congress, would have reduced former presidents’ pensions and staff allowances dollar for dollar if their other incomes exceeded $400,000 per year.

In the wake of Obama’s decision to accept a $400,00 fee for a Wall Street speaking engagement this September, the bill’s sponsors plan to reintroduce it. But neither the speaking fee nor the veto are what we should be noticing. The real scandal is how lucrative retirement has become for American politicians.

Under the aptly named Former Presidents Act, former presidents receive pensions equal to the salaries of cabinet secretaries. Right now, that’s more than $200,000 per year. They also receive $150,000 per year for staff and office space. That’s not counting the costs of Secret Service protection security for life, managing their monuments (the construction of presidential libraries is privately funded but the government pays their costs of operations to the tune of nearly 20 times those pension costs), etc.

Members of Congress are also eligible for pensions after as little as five years in office. Those pensions aren’t quite so lavish as rumor sometimes has it, but for politicians with long careers they can exceed $100,000 per year. As of 2013, the average congressional pension was about $60,000 per year.

Why on Earth should politicians receive taxpayer funded pensions at all?

More than half the members of Congress are already millionaires when they are elected to office, and most of them can expect great job offers as lobbyists and so forth after they leave.

Whether a president is wealthy or not prior to his inauguration, he’s certainly going to be after leaving office. That $400,000 speech of Obama’s is chump change compared to the $65 million joint book deal he and former First Lady Michelle Obama signed barely a month after moving out of 1600 Pennsylvania Avenue (Bill Clinton and George W. Bush apparently only knocked down $10 million each on their books, poor guys).

There’s good reason to treat Congress, the presidency and the vice presidency as, to steal a line from James Madison in The Federalist #62, “an assembly of men called for the most part from pursuits of a private nature, continued in appointment for a short time” — as temporary “public service,” not the kind of lifelong career from which one “retires.”

As of 2015, the median US household income was (according to the US Census Bureau) $55,775. Why are those households paying former members of Congress that much or more, and former presidents nearly four times as much? Their paychecks should end when their terms in office end.