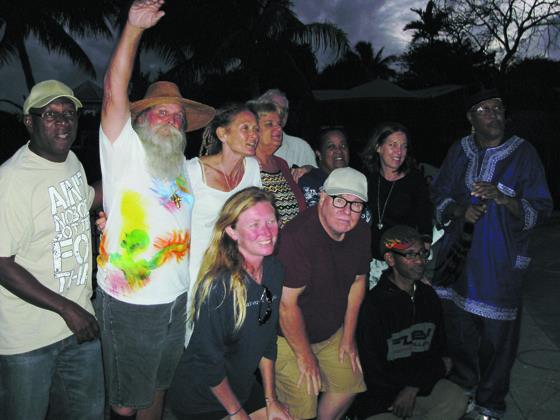 Established poet and Professor Elizabeth Elliott, a snowbird from Tavernier who makes meetings occasionally for a sleepover in the city, will be Key West Poetry Guild’s featured poet on Sunday, April 5 at 7 p.m. upstairs at Blue Heaven, Petronia at Thomas streets in Old Town.

J.M. Varela will moderate. The meeting will, as is the tradition, include at least one “lightening round” in which attending poets are invited to read one original poem.

“Until she was in her twenties,” the featured poet reports, she “thought everyone wrote poetry all the time ­­and from the time they were very young. So she did a lot of other things, having four children, starting a county Council on the Arts, helping to save historic houses, writing short stories with no conflict, trying to write a novel that had no plot. Then she wrote a poem that could not be changed and except for the children gave everything else up.”

A New York University graduate, Elliott “taught the craft of poetry in the university’s Gallatin Division for several years,” then “moved upstate and ran a performing arts program for 13 years, including writing and producing a music theater piece about the Moorish culture of medieval Spain. She married Clinton Elliott in 1994 and moved to Massachusetts’ Berkshires. She and her husband spend six months a year in Tavernier.”