Last Tuesday, in an apparent disparate treatment of its constituency, the City Commission decided to allot Super Boat International race organizers approximately $ 25,000/year in free services (in addition to nominal rent and    $ 100,000 in Tourist Development Council [TDC] tax funding it receives) but refused to restore the Goombay Festival to a coalition of Bahama Village non-profit organizations because three years ago some festival organizers from the Village had been short by $ 2,500 on a payment for police protection.

This year, the Afro-Carribean heritage Goombay Festival will once again be run by mostly white businessmen who have no connection to Bahama Village.  Ricky Arnold, Jr. of Arnold’s Towing is one of the pillars of the group.

“They took the only thing we had away from us,” says Marvin Smith, a resident, born and raised in Bahama Village.

“Oh they’ve been working at this for a long time,” says former Goombay Festival organizer Veronica Stafford,” and this is their answer to all of us, to every non-profit in the Village getting together to reclaim the Goombay Festival.”

Curiously, the Commissioners, apparently so inflexible when it came to the detailed accounts of the Bahama Village group, appeared more than lax during the same session when dealing with the Super Boat International race organizers.

This is the case:

Last year when Super Boat International President, John Carbonnel, learned that the TDC intended to drop $ 20,000 off the $ 120,000 it had been receiving to support his organization’s annual Super Boat World Championship Race he took the stance that if his race was not appreciated in Key West he would take it somewhere else.  A few months later he trumpeted around town that Clearwater and Sarasota were both extending generous offers to attract the race to their shores.  Key West was going to lose the  “$ 30 Million” in gross business revenue brought here by the event.

This was the context of the advantageous contract negotiated between former City Manager Bob Vitas and Carbonnel, which was just put up for ratification by the City Commission.

The problem with the Commission’s decision is that the justifications presented by the organizers are far more controversial than it appeared during the deliberation.  First we checked into the claim made at the podeum that the boat races generate $ 30 Million of business.  That miraculous number however did not show up anywhere in the supporting documentation provided to the Commission.  We also checked SBI’s application for a grant from the TDC.  Again there was no poll, no survey, no real data that could justify its claims.  Just the claim that the number of visitors who come here specifically for the Super Boat races is as high as 45,000 and that those spectators use well over 100% of the lodging units that exist in Key West during their 6 or 7 day stay in November. Which makes you wonder how the fifty-million dollar TDC fund is administered.

Second, we checked into the infamous bids offered by the Cities of Sarasota and Clearwater to hijack the Key West Super Boat World Championship Race.  “I don’t want something that is going to tie me to Key West for five years,” said Carbonnel, “I need to know what all three cities have to offer.  I want something that is conducive to myself and the racers as well.”

Interestingly enough, however, as everyone in Key West worried about the other cities’ bids, no one in Sarasota seemed to have heard about it. This is the answer given by the spokesperson for City of Sarasota to our inquiry: “The City of Sarasota did not put in a bid or enter into talks with race organizers to host the 2014 Super Boat International World Championship.”

Clearwater officials had this to say: “I can confirm that the Events office has not had any correspondence with anyone re: hosting or bidding Key West or Sarasota’s Super Boat International races.“

According to an accounting presented to the Commission on Tuesday, the free services extended by the City to SBI will remain below $ 25,000/year.  But according to Mayoral Candidate Margaret Romero those costs are grossly underestimated. In addition to police presence for 19 days, the City is to stage a fully manned and operational fire truck and an ambulance at the Outer Mole.  The City has also agreed not to dock cruise ships on the pier during the event and under article D and E of the contract the City is to provide a police patrol boat and a fireboat.

Others point out that those expenses could be just ‘chump change’ in comparison with the possible exorbitant liability taken on by the City when sponsoring the event and agreeing to provide the security and fire protection on the water during the race.

Currently, SBI is being sued for wrongful death in the case of Jeffrey Tillman and Robert Morgan, who drowned when their 46-foot catamaran “Big Thunder” flipped and crashed in Key West Harbor during the 2011 race.  A separate lawsuit is also pending involving Joey Gratton who died, also in 2011, when his 38-foot Douglas Marine Skater catamaran rolled over trapping Gratton in a rescue harness that was secured to the boat. The lawsuits allege failure to provide adequately trained security personnel.

“Any person or organization sponsoring a regatta or boat race […] shall be responsible for providing adequate protection to the participants, spectators and other users of the water.”

Could the City be liable both as a co-sponsor and as a race safety provider?

There is an indemnification agreement and $ 2 Million/accident insurance coverage required, but would that be enough to satisfy all widows and orphans or pay hospital bills?  There is no provision in the contract obligating any other entity to provide security services aside from the City of Key West. Nevertheless, the City, generously entered into the 5-year contract with SBI.

And then we have the people of Bahama Village.  The Afro-Caribbean heritage Goombay Festival does not receive $ 100,000 in grants from the TDC or any abatement from the City.  It has actually accumulated a $ 2,500 debt with the City for unpaid police services. The City Commission, in keeping with its legendary inflexible fiscal discipline, was not about to tolerate such unbridled dereliction!  Aside from Commissioner Lopez and Commissioner Rossi, the Commission voted to keep the event from the group of non-profit organizations and residents pleading for the return of the festival to the people of Bahama Village.  There was nothing the preachers and good deed doers could say.

“What happened,” says Veronica Stafford, “is that the police would tell us we needed 10 police officers, but then 20 more would show up at the event and demand to be paid.  We would say, ‘You’re not on the list.  If you are not on the list you don’t get paid.’  So they would say:  ‘Do you want to get arrested?’ And you had to pay them and pay them in cash.  And when we were done with the police, then it was the turn of the fire fighters.”

Anger and disillusionment are the general feelings expressed by all the people we talked to in Bahama Village.

“They took the 6.6 acres promised to the people and now they take Goombay away from us,“ said David, a resident of Bahama Village.

The Commission’s decision is perceived by many in Bahama Village as flagrant proof of a pattern of unjust discrimination against the black community.  Apparently there may be a lot more digging to do when it comes to the allotment of public funds in our One Human Family paradise. 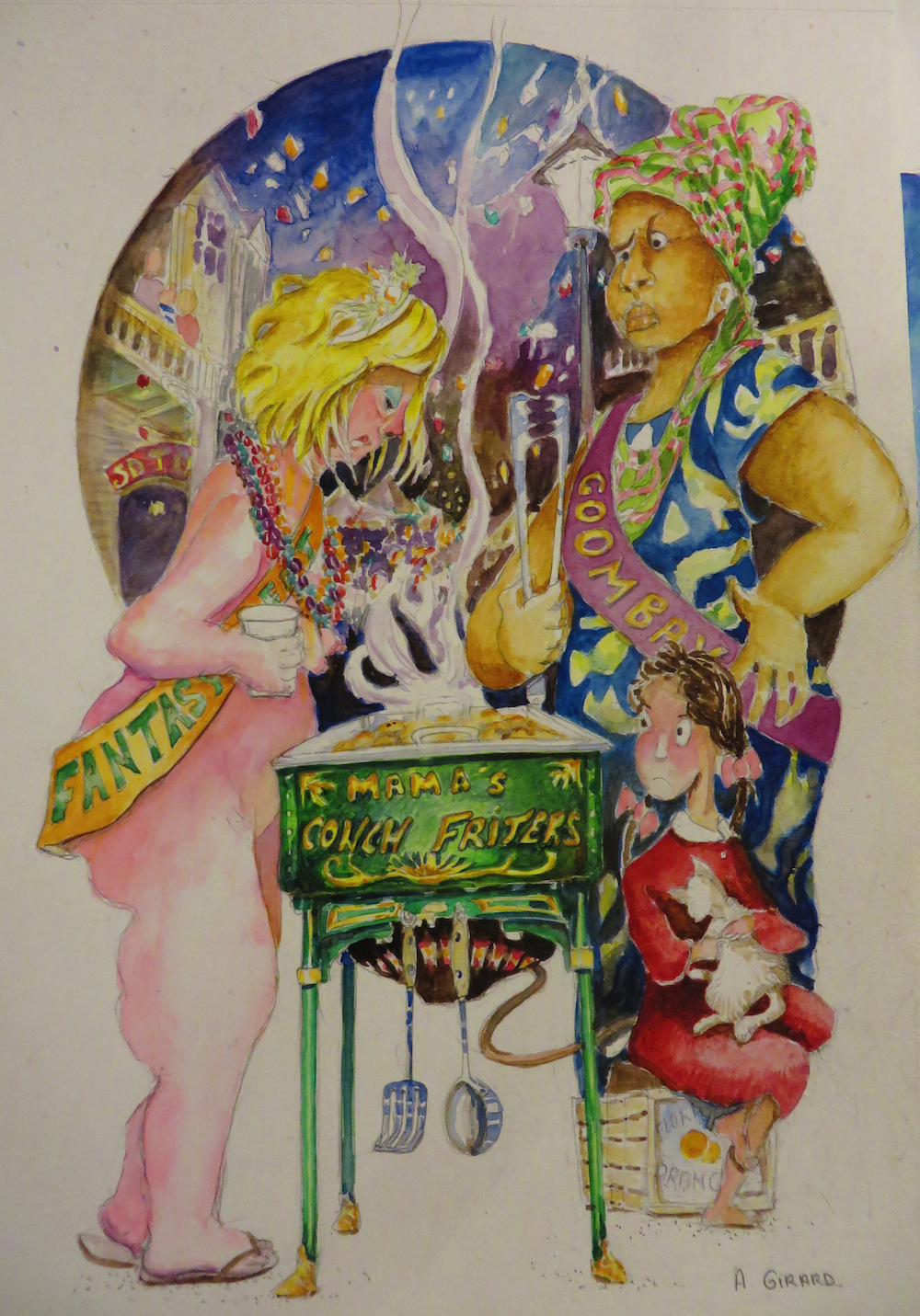