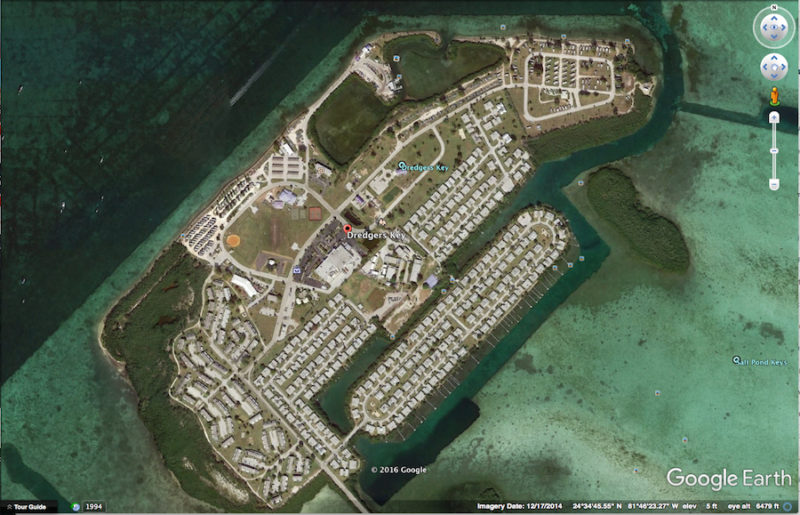 Two weeks ago we featured a story, Is Key West Military Housing Making People Sick? [March 31, 2017] This week we share information provided by Trice Denny, Public Affairs Officer, Naval Air Station Key West, in response to our questions about whether Sigsbee housing is causing health issues for local military families.
Questions from The Blue Paper:
1.  Is it true that the clinic, over the past several years, has seen cases of suspected air quality related health issues among Navy families who live at Sigsbee Housing?  If so, does the clinic have any statistics on the numbers of suspected air-quality related cases that could be shared with us?
2.  Is there any indication, or has anyone at the clinic been concerned at any time, that the number of cases of allergies, rashes, other respiratory issues is higher than normal for family members living in Sigsbee housing?
3.  Has there been a comparison of the number of such respiratory ailments in military families living in Sigsbee Housing as compared with other newer homes elsewhere on base? If so, could that information be shared with us?
4.  Has Commander Rochino taken any action to assure that claims of home environmental factors causing health issues for families living in Sigsbee housing are investigated?  If there are any reports of such an investigation could they be shared with us?
And here is a general question for the Navy:
[5].  If there has been a finding that there are concerns about issues with mold infestation or water intrusion that could lead to health issues for military families who live in Sigsbee Housing —
— has the Navy asked Balfour Beatty to address these concerns,
— how is Balfour Beatty addressing these concerns, and
— is the Navy satisfied with how Balfour Beatty is [or has been] addressing these concerns?
Response from Trice Denny, Public Affairs Officer, Naval Air Station Key West:

For the medical questions there’s really only the one answer – our Navy Clinic has not seen any spike or rise in respiratory or allergy cases that are attributed to mold.  If such a situation were to arise, it would be referred to Naval Facilities and Engineering Command (NAVFAC) and managing partner Balfour Beatty. NAVFAC oversees the contract between the Navy and BBC.

NAS Key West neighborhoods, in particular Sigsbee Park, are already receiving building envelope upgrades including roofs, doors and windows, and BBC has undertaken a four-year capital plan to renovate 28 Sigsbee Park homes per year. This is not in response to mold or moisture complaints, but the upgrades will help residents better control moisture in their homes.

Are residents told about moisture intrusion and/or mold before they move into base housing?
Each resident signs a lease with the managing partner, Balfour Beatty. The lease includes a mold addendum, noting that it is important for the owner and the resident to work together to minimize any mold growth on the premises and outlining the responsibilities of both the resident and the owner. Balfour Beatty personnel walk the resident through the lease and also walk them through the home before they move in.

What happens if a resident in housing believes that conditions in their home are affecting their health?
If a resident or their family has a concern about their health, they should seek medical attention from their primary health care provider. If a resident feels that Balfour Beatty is not solving the problem, the next step is our Navy Housing Office, then if that’s not satisfactory, the chain of command will get involved.

The Navy and Marine Corps Public Health Center (NMCPHC) has a Mold Fact Sheet entitled “Facts About Home Mold Testing” which can be found at http://www.med.navy.mil/sites/nmcphc/Documents/industrial-hygiene/NMCPHC-IH-MoldFactSheet-2017.pdf

Another tool for educating residents are Health Forums which are periodically conducted. These are typically Navy sponsored events conducted by the parameters recommended by NMCPHC. Private partners participate by setting up tables/stations, talking with residents and taking down any maintenance concerns. We held one in July 2016 and another  [was held on] April 13, 2017.

Follow-up questions from The Blue Paper [with responses from Trice Denny]:

In your email you referred to a 4-year capital program to renovate 28 homes per year at Sigsbee.  Would you be able to provide more detailed information about the renovations past and future?
Under the current plan, a variety of Key West renovation projects will be completed, many of which have already commenced and will continue into 2020. Highlights so far:

How many have been renovated already? All homes have been renovated in some form whether it was to address issues from Hurricane Wilma, which occurred prior to BBC taking over management of the homes, or periodic upgrades over the years with PPV. BBC completed 136 home renovations during the 2008-2011 timeframe and built 111 new homes at Trumbo Point.

How many are scheduled for future renovation in the capital plan? 166

Does the renovation do anything to address the moisture that comes up through the cement slabs?  (The home we visited that we showed in the video with the moisture coming up under the tiles was a “renovated” home.) The current renovation scope does not include any work on concrete slabs as there are no systemic issues with the performance or integrity of those slabs. Any issues of moisture coming into the home — through the cement slab or otherwise – are addressed and resolved immediately on a case by case basis.

Will the cement slabs be sealed in any way? If so, how? Typical home construction in Key West consists of concrete slabs on grade.  This is a tried and true construction technique which provides a stable foundation for these homes. Many of the homes constructed at Sigsbee Park are concrete slabs on grade. Homes with concrete slabs are inspected on a regular basis and are found to be performing appropriately. As such, no work is currently planned in this area. As mentioned previously, any unique issues identified in a home are—and will continue to be—addressed immediately on a case-by-case basis depending on the nature of the issue.

Will the old A/C units be replaced with new? (In one home we visited – the one in our video that had the mold inspection – we were told that the AC unit freezes up and stops working and they are told by BB to turn it off to wait for the ice to melt and turn it back on.  She said it happens very frequently in the summer.) A/C systems are inspected on a regular basis and are replaced if they are found to not be functioning properly. Typically, issues with ice forming on the unit stem from the coils getting dirty which tends to happen when the filter isn’t changed regularly.  A/C filters are available to all residents free of charge through the community management office.

Correction to information contained in the April 1st video documentary:

“CDR Rochino did not hire an environmental industrial hygienist and the person named Fox Mrs. Debarbo is referring to is actually a Navy Senior Chief Petty Officer who was stationed at the clinic.”  ~Trice Denny, Public Affairs Officer, NAS Key West

Regarding the home shown in the video with the severe water infiltration coming up through the cement slab: The tenant reported that all of the flooring in her home has since been replaced:

“Update on my floors: I just had a great experience with BB. They came to check out my floors and saw the severity of it. They apologized and said they will be redoing all of my flooring to make sure the issue is fixed throughout my house and are hoping to get someone out this week and will relocate us for the process. The flooring company didn’t share with them last year the severity of the moisture. I think one of the problems when dealing with BB was me not letting them know the severity of it sooner.”

4 Responses to “Navy: Leases Require Balfour Beatty and Military Families to Work Together to Minimize Mold Growth in Sigsbee Housing”