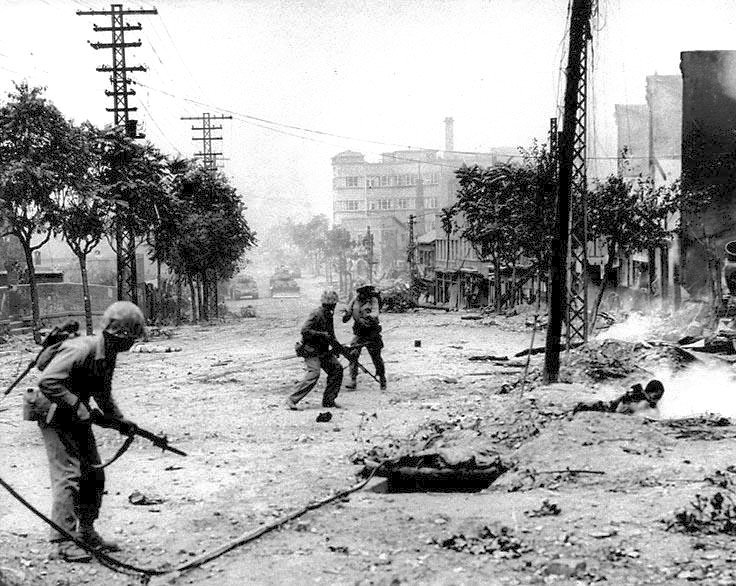 Speaking to CNN on the possibility of resuming hostilities in the nearly 70-year-old Korean War (in uneasy ceasefire since 1953), US Senator Lindsey Graham (R-SC) says “all the damage … would be worth it in terms of long-term stability and national security.”

Worth it, Senator Graham? To whom?

The last period of open war on the Korean peninsula cost somewhere in the neighborhood of 3.5 million lives, including nearly a million soldiers on both sides (36,516 of them American) and 2.5 million civilians in the North and South.

What did the American taxpayer get in return for three years of fighting, tens of thousands of Americans dead, and nearly $700 billion (in 2008 dollars)?

Well, that taxpayer’s government got to decide who’s in charge of part of the Korean peninsula, which, last time I checked, is not a US state or territory.

And that taxpayer’s government got the opportunity to spend hundreds of billions of dollars more of that taxpayer’s money to garrison the North-South border along the 38th Parallel for 65 years. That excludes the off-peninsula costs of the US “security umbrella” covering other Pacific Rim nations.

And that taxpayer’s government got a convenient bugaboo to scare the bejabbers out of that taxpayer with any time peace threatened to break out.

Stability? Well, sure, if what we’re talking about is guaranteeing that the welfare checks continue to reliably arrive in the American military industrial complex’s mailboxes. But apart from that, continued saber-rattling on either side of some of the most militarized acreage on Earth — the so-called “Demilitarized Zone” — is pretty much the definition of instability.

National security? Not so much, if for no other reason than that North Korea never has represented and does not now represent a credible military threat to the United States. If it ever does come to represent such a threat, it will be because the US continues, at the urging of demagogues like Lindsey Graham, to involve itself in the affairs of people thousands of miles away who do not welcome such involvement.

So far, the Korean War hasn’t delivered any benefit of note to the American people, especially in the areas of “stability” or “national security.”

America’s long misadventure on the Korean peninsula has only been worth it to US “defense” contractors and the politicians they own. Yes, Senator Graham, I’m looking at you.

The sooner the US government notifies the South Korean government that America is going home, the better.