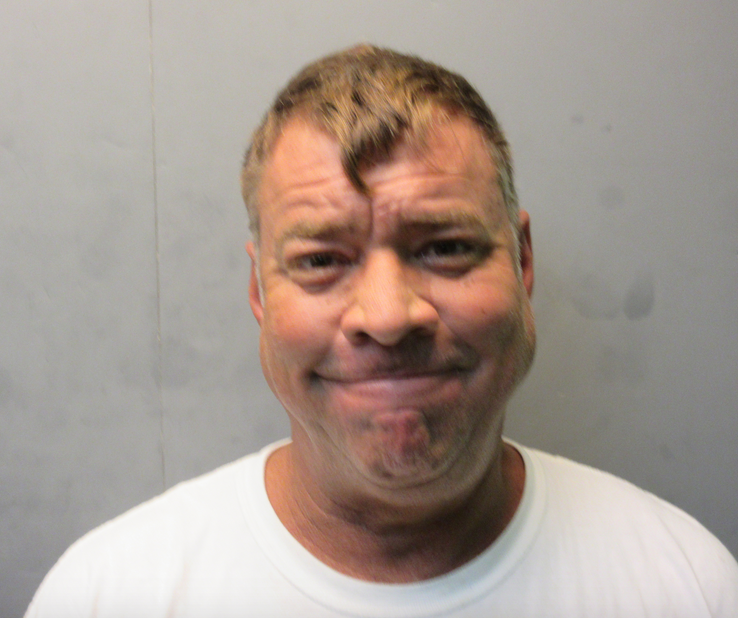 A Tavernier man was arrested Wednesday, October 17, and charged with several counts of DUI after a collision with five other vehicles sent one man to the hospital in critical condition. The accident took place Monday morning at mile marker 102 in Key Largo.

According to reports, Gregory Pope, 47, was driving at a high rate of speed southbound when he struck a car in front of him (also heading south), sending that car across the median into the rear of a northbound vehicle which went off the road. The vehicle Pope struck also collided with two parked cars.

The drivers of the two moving vehicles were not injured.

However, reports state that Pope  continued to drive and struck a motorcyclist who was waiting to turn in the left turning lane, sending the cyclist off his motorcycle and onto the windshield of Pope’s vehicle before falling off into the center median. The motorcyclist was not wearing a helmet and was airlifted to Jackson South Medical Center in critical condition.

After Pope’s vehicle came to a stop, his blood was drawn and he was transported to Mariner’s Hospital with minor injuries. The road was closed for approximately 50 minutes.

Pope faces six misdemeanor counts of DUI and property damage, and one felony count of DUI and serious bodily injury to another person.

As of October 18, the motorcyclist was still in serious condition.