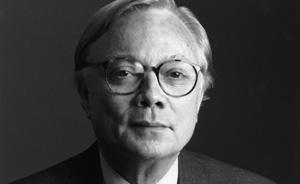 is the next speaker in this season’s Friends of the Key West Library lecture series—Monday, February 9, 6:00 p.m., at the series’ temporary location, St. Paul’s Episcopal Church, 401 Duval St. Doors open at 5:30 p.m.

Lowe’s subject for the evening is poet-satirist Dorothy Parker, a key figure in the glamorous New York literary world between World Wars I and II. Parker is especially remembered for her witty writings in Vogue, Vanity Fair, and The New Yorker. Lowe himself has written articles for numerous nationally-known newspapers and magazines, as well as five books about architecture, design and cultural history in New York and Chicago. President of the Beaux Arts Alliance, he has lectured throughout Europe and the USA, especially to promote historic preservation.

The Friends of the Key West Library weekly lecture series is free and open to the public. Seating is available on a first come, first served basis. This year’s series runs consecutive Mondays, ending on March 23. Next lecturer is Jonathan Santlofer, February 16. FOL’s on-line site, including a list of future lecturers, is located at http:// friendsofthekeywestlibrary.org.