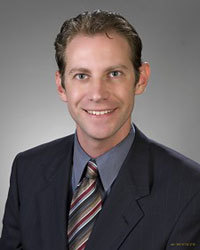 Key West attorney and youth advocate Shad Neiss yesterday threw his hat in the ring for the post of State Attorney for the 16th Circuit (Monroe County) as a candidate for the Libertarian Party.

Neiss, who has a history of public interest law and advocacy, first joined his family in Key West in 1995 and has been in private practice since 2008. The graduate of The Ohio State University Moritz College of Law is running on a reform platform to 1) reduce plea bargains for dangerous predators and to deemphasize criminal prosecutions for victimless crimes, children, the mentally ill, and others better served by scientifically-informed treatment or restorative justice program and 2) to reform civil forfeiture practices. His Position Statement detailing these reforms is available to the public at www.criminaljusticereformfl.com.

Neiss is also a member of the Ohio Bar and maintains a part-time practice in Cleveland, Ohio.

When not practicing law, the Big Coppitt resident serves as Key West High School JV Boys soccer coach and as a volunteer Guardian Ad Litem. Passionate about protecting freedom from both criminal predators and from governmental overreach, he has a special concern for juveniles caught in the criminal justice system.

A campaign kick-off reception will be announced at the end of April.