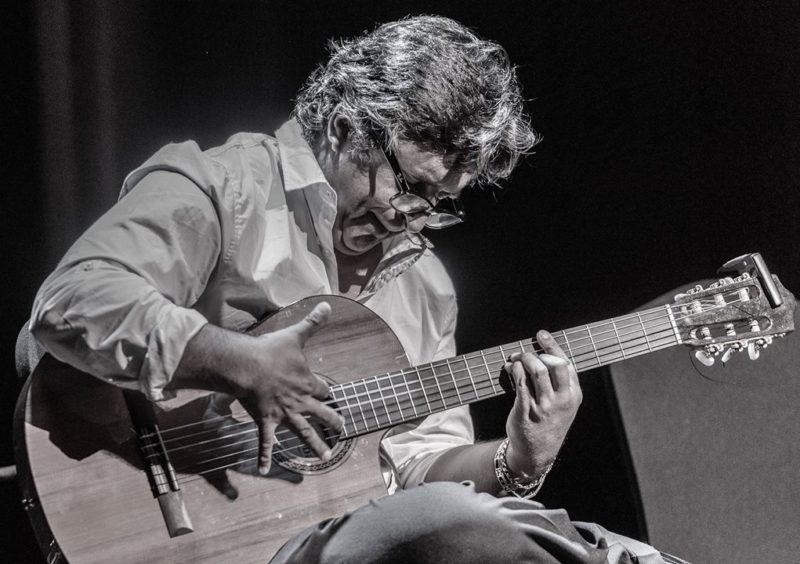 Rolando Rojas and the Southernmost Brass join together to perform an exciting evening of classic Latin Jazz replete with horns, flutes, congas, timbales, and even floorspace for dancing on January 20th at the Key West Theater.

“I always thought we should do a night of Latin Jazz here in Key West.,” says event coproducer Ralph De Palma, who is thrilled to bring together Rolando Rojas and the Southernmost Brass for this unique, exciting evening of music. “Those horns are going to light the place up and the percussion is going to get people dancing.” De Palma knows a thing or two about Latin Jazz, having written a book on the subject. His latest tome, “The Soul of Havana,” will be released the night of the concert at the Key West Theater and signed copies will be available for purchase during intermission.

“Key West and Havana had been joined at the hip up until 1959,” says De Palma. “I think we can rejoin the sister cities through Latin Jazz. There is a lot of shared culture there – the islands are like two neighbors talking over a backyard fence.”

During the Latin Jazz concert, Rojas and the Southernmost Brass will put their spin on favorite songs by Mark Anthony, the Buenavista Social Club, Celia Cruz, Willy Chirino, Gloria Estefan, Compay Segundo, and many others. Audience members will get to explore the fiery beats of the Mambo and Cha Cha in addition to the sounds of Cuba, along with Salsa, Merengue, and Caribbean rhythms.

The Latin Jazz concert takes place at the Key West Theater, located at 512 Eaton Street, on January 20th. Tickets are available for purchase now by calling (305) 985-0433 or by visiting thekeywesttheater.com .