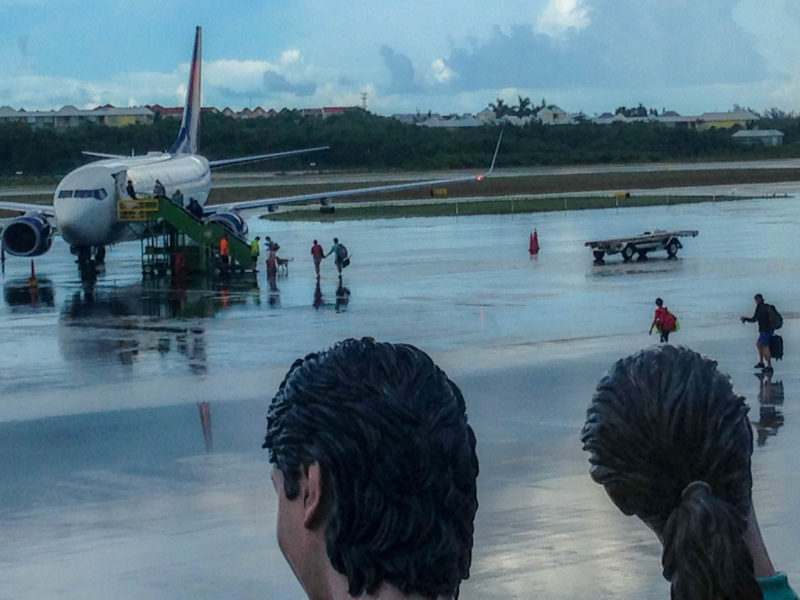 Monroe County Administrator Roman Gastesi has a message for anyone left in the Keys: “Get out.”

“Hurricane Irma is a very strong, very dangerous storm that has life-threatening winds and even scarier storm surge potential,” he said. “Even the Coast Guard is evacuating all of its personnel. Please evacuate.”

And, Gastesi added, “Once a dangerous storm starts, don’t dial 911 during it because nobody is going to answer.”

Monroe County Emergency Management held its latest Keys-wide briefing and the news from Jon Rizzo, meteorologist from the National Weather Service Key West, was not good.

Rizzo said that a portion of the Keys could suffer storm surge of 5 to 10 feet and life threatening winds of more than 110 mph are possible through most of the Keys. Ocean Reef now has a 56 percent chance of hurricane force winds and the percentages continue to rise as the storm gets closer.

Hurricane Irma, now a Category 5 storm with winds of 175 mph, is especially worrisome because it is so large, with hurricane force winds spanning more than 100 miles.

·       The Key West Transit hurricane evacuation bus will begin picking up people in Key West at 6 a.m. It makes stops all along U.S. 1 in the Keys. It will take people to Monroe County’s two shelters in Miami-Dade County: FIU and the pet-friendly E. Darwin Fuchs Pavilion at the Miami-Dade County Fairgrounds and Exposition. About 200 people were transported on these evacuation buses on Thursday.

·       The Miami-Dade Transit Route 301 from Marathon to 344th Street Park & Ride on the mainland will be in service until conditions become unsafe.

·       The locking of the Snake Creek Drawbridge in Islamorada will begin at 6 a.m. and be finished by 8 a.m.

·       Acquiring gas deliveries has been a top priority, and deliveries are expected to five gas stations throughout the Keys on Friday.

·       However, all general aviation services, including fueling, are suspended at both airports.