As the annual celebration of the American worker and another Labor Day weekend fades into memory I am compelled to relate a telling moment I experienced during the holiday. I saw a shared meme (photo w/text) posted on Facebook of a cargo plane interior loaded with American flag draped coffins; casualties from an unspecified military conflict, wishing everyone a “Happy Labor Day”. This innocent enough posting implied the forty hour work week, fair wages, the eight hour work day, the end of child labor, paid sick leave and health care were due to our armed forces. I humbly beg to differ. All the above improvements to the American labor force were brought about by civilian organized labor and labor unions.

No drone strikes, no napalm, not even one single Raytheon 3.43 million dollar patriot missile was ever used to drag the reluctant management class kicking and screaming into doing the right thing for the worker in this country. These changes and improvements for the betterment of the American worker not only made life better for them, but their families and the over-all national economy, as well. One could even argue organized labor made the middle-class possible, but these improvements in the work place were hard earned. Many heads were broken by management goons and even murder wasn’t off the table to stop labor from organizing. The extremes business tycoons would go to in preventing labor from organizing are historic and brutal. The Ludlow Massacre a century ago is a prime example of an abomination that took place in this country to attempt to preserve an evil virtual slave system. Actually, in this case, the military was involved in that the Colorado National Guard help the management goons kill miners and their wives and children. Not a proud moment. (link below)

This brings me back to that Facebook posting and the marketing of war. We’ve all heard President Dwight D. Eisenhower’s prescient warning in 1961 of the coming Military/Industrial Complex; the business marriage of military interests and corporate interests. Dwight should know. He was a five-star general in the United States Army during World War II and served as Supreme Commander of the Allied Forces in Europe. He once said, “I hate war as only a soldier who has lived it can, only as one who has seen its brutality, its stupidity.” As president he had well founded concerns with the nation’s economy being too reliant on public monies going to military expenditures. Today every state is dependent and has lobbyists writing “defense” friendly legislation.

Another memorable insight to Eisenhower’s sentiments on war was, “Every gun that is made, every warship launched, every rocket fired signifies, in the final sense, a theft from those who hunger and are not fed, those who are cold and not clothed. This world in arms is not spending money alone. It is spending the sweat of its laborers, the genius of its scientists, the hopes of its children. This is not a way of life at all in any true sense. Under the cloud of threatening war, it is humanity hanging from a cross of iron.” That is some rare and insightful thought from a sitting president.

What Eisenhower warned us about has come to pass. World War Two gave us a taste of the war based economy and we liked it. Vietnam was a marketing nightmare from the standpoint of the Pentagon, but they learned from their mistakes. Today, for example, the draft (mandatory military service) has been replaced with endless re-deployment of “volunteers”, which utilizes what I call the “Niemöller Effect”. (If it ain’t happening to me, I don’t care.)

In journalist Chris Hedges latest column titled, “The Real Enemy Is Within”, he speaks harshly of the development of the US Military/Industrial Juggernaut. “[Currently] military expenditures bleed the federal budget—officially—[figures vary] of $598.49 billion a year, or 53.71 percent of all spending. This does not, however, include veterans’ benefits at $65.32 billion a year or hidden costs in other budgets that see the military and the war profiteers take as much as $1.6 trillion a year out of the pockets of taxpayers. The working and middle class fund the endless wars in Iraq, Afghanistan, Pakistan, Somalia, Yemen and a host of other countries while suffering crippling “austerity” programs, massive debt peonage, collapsing infrastructures, chronic underemployment and unemployment and mounting internal repression. The war industry, feeding off the carcass of the state, grows fat and powerful with profits.” Raytheon – $24.9 billion, United Technologies – $58.2 billion, L-3 Communications – $15.2 billion, Finmeccanica – $24.1 billion, EADS – $68.3 billion and on and on and on and on. You get the idea. We have a war problem as bad as any alcoholic with a booze problem or any junkie with a dope problem.

In a 2009 report the Associated Press said this about the military marketing savvy developed since the Vietnam PR nightmare, “The Pentagon spends 4.7 billion a year [remember one patriot missile costs 3.43 million dollars] and has some 27,000 employees who work on recruitment, advertising, psychological operations and public relations.”

Now the Madison Avenue Military even co-opts national holidays that have ZERO to do with the military? The same marketing wizards have even altered actual military holidays to enhance our sense of loyalty and patriotism to the God of War. What was once a celebration of peace at the end of World War One, Armistice Day, has now morphed into Veterans Day, a celebration of war and warriors. Memorial Day was and still is a holiday to honor the fallen yet is indistinguishable in spirit from our Veterans Day glorification of the those same wars and warriors. Even our Fourth of July holiday celebrating the creation of the profoundly brilliant document, The Declaration of Independence, has become a generic celebration of US military might ignoring the powerful intellects and statesmen that created the foundation of our fading “representative” government.

What’s next, God blessing the Military for Halloween? Now before you go all torches and pitchforks on me I will say, of course, a military IS necessary for DEFENSE, but our military no longer plays a defensive role. It has become a public-to-private money black hole, self-promoting-out-of-control imperialist monster creating “employment”(read: invading forces) for itself and lining the pockets of its corporate masters at the expense of the people. We need to call it what it is, The Department of Offense.

Lastly, I think a more appropriate image to represent Labor Day would have been a photo of Cesar Chavez or an image of the Ludlow Miner’s Massacre. 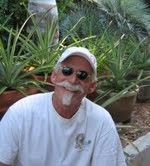