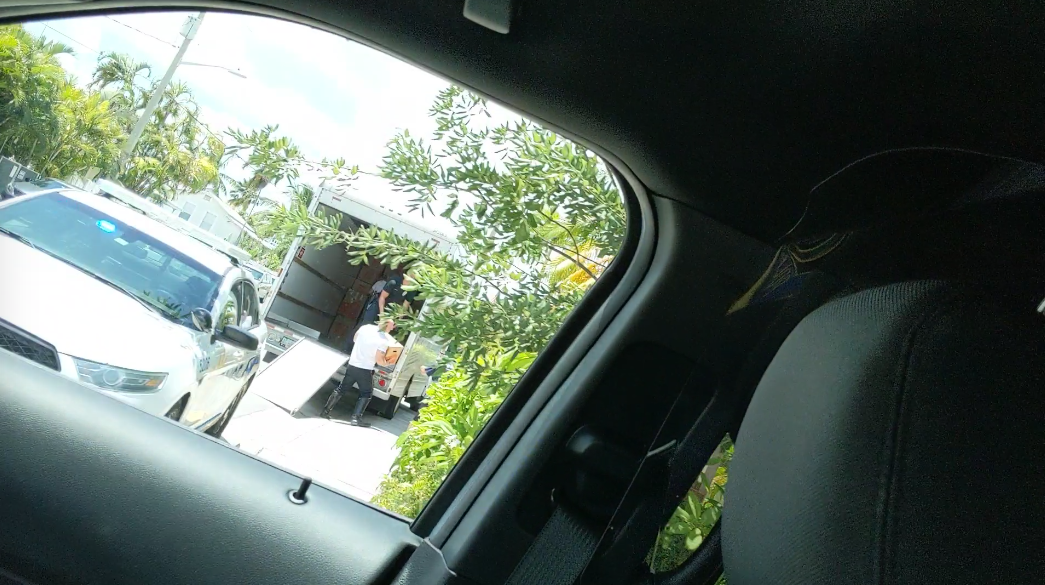 Several months ago The Blue Paper received an anonymous tip from a reader stating that Chief of Police, Sean Brandenburg, had enlisted a group of on-duty officers to help him move into his new home in New Town.

The reporting source sent us a video showing officers with boxes in hand going from a moving van to the Chief’s house. The source also claimed that the Chief had ordered dispatch not to call traffic units to any crashes because they were on “special assignment.”

We tried to obtain a copy of the radio dispatch audio and a comment from the Chief but were completely stonewalled.

So, was the Chief really using his officers as his own private moving service and on the taxpayers’ dime?

We brought the issue to City Manager Greg Veliz.

The City Manager referred the case to KWPD internal affairs, to FDLE and to the State Attorney’s Office. An hour ago Mr. Veliz informed the city commission of his decision to take disciplinary action.

“It is with a great deal of regret, said Mr Veliz reading from a prepared statement, “that I must announce the discipline imposed upon the Chief of Police, the two Captains, one lieutenant and several officers of the Key West Police Department. These disciplinary actions were a result of an incident that happened over a year ago and was recently brought to my attention by a member of the press.

On July 15th, 2019, the Police Chief was moving into a new home in the New Town area. The Chief had advised me he was moving and that he would not be in that day. As with any situation where a co-worker moves into a new home, there were many people that wanted to help. Unfortunately, many of the officers there that day were not only logged in “on duty,” but were also in uniform and driving City owned vehicles. These actions are a direct violation of the City’s Code of Conduct. While I do not want to get into the specifics of the actions taken, let me assure you that we take these infractions very seriously. Actions such as these weaken relationship with our citizens, the very individuals we serve every day.”

The city manager did not specify what disciplinary action he took and made no mention of the Chief having issued the alleged instruction to KWPD dispatch personnel. He emphasized that the Chief and the officers had been very forthcoming and cooperated fully with the investigation.

We are still waiting to receive a copy of the dispatch audio – and now the investigative reports.

The reports could shed some light on a possible culture of entitlement at KWPD.

Update: The City provided a copy of a document describing the disciplinary measures that the City Manager took in reaction to the incident: Chief Sean Brandenburg was suspended for 5 days without pay for “knowingly permitting 2 Captains, 1 Lieutenant and 6 police officers all on duty, in full uniform operating city vehicles, to assist him with moving into his current home.” The Chief will pay restitution consisting of one hour of pay for each on duty officer who assisted with the move ($681.27). Police Captains Juan Torres and Randall Smith were suspended for 3 days without pay for having “knowingly permitted” a lieutenant and six police officers – all on duty in full uniform and operating city vehicles – to help with the Chief’s move. Lt. Black and Officers Alexandre Gaufillet, Tyler Getchel, Randall Hartle, Matthew Johnson, and Michael Shouldice were ordered to receive reprimands and supervisor counseling … Chief Sean Brandenburg is indicated on the form as the supervising counselor. The 6th officer was out of town and will receive his reprimand when he returns.  Stay tuned.