….In retrospect, I see myself as somewhat noble, hell I was downright gallant. For in Key West, there was a dragon I had to confront. I am one of the shareholders/owner of the Lofton B. Sands Estate. And I wanted to personally confront why after three years under the control of a relative I have only received $100. While this woman has multiple vehicles, dripping in jewelry, etc.

Police were called to my property at 322 Truman for an unrelated incident. One of the responding officers never lets anyone forget that he has single handedly cleaned Bahama Village up. (BAHAMA VILLAGE IS AKIN TO MAYBERRY R.F.D.)

I myself know that the only thing he has ever cleaned up single handedly he no longer can. That being his “BUTT.” It is no longer measured in inches, but is now mapped out in longitude and latitude. In the past one would have to walk around him, now one must circumnavigate, any maintenance would now require a combined departmental effort….

When one takes on the roll of a wicked thieving witch, one must always have a lackey: eyes, ears, and lips; and it really says something about your witchiness when your lackey utilizes its lips to smother your derriere with kisses from 200 miles away. This is what happened when this unicorn man and I engaged in a verbal outbreak on each other. He in defense of the wicked thieving witch and I in my birth right. In my youth I have viewed many an oddity while using the New York Subway system. Early on my mother taught me not stare.

The ruckus had somewhat subsided, and I laid myself down in one of the rooms I had rented ($400 for two weeks.) BAM, BAM, BAM, BAM; “Mr. Sands, you are being evicted, get out now. My zoloft and my ambience had taken affect hours ago. I was sure I was dreaming. BAM, BAM, BAM. I unlocked my door and looked out, and no I was not dreaming but actually nightmaring! Officer Maximus Glueteus was ordering me to get my shit off of my own property. I COULD NOT TELL IF THE COMMAND CAME FROM HIS MOUTH OR FROM HIS BUTT. I did not know if this was the effect of my ambience or the fact that Maximus was truly ‘A member of the distinguished gentleman society.’

…The next night, it was me in my car with my thoughts. The greedy relative could only go so far in exacting her maneuvering of ENTITIES. She had to have a connected (buba) who was so naive to think that I am stupid and cannot see that laws had been broken, and my rights violated. A last there was someone just as greedy as her; and being careless of others!

…Once again I used my bathroom then lost count upon exiting the last time, there waiting to greet me were two young Key West officers. They arrested me for trespassing on my own property. I was never even served eviction papers. My rent was returned to me by Maximus Glutus.

Not long ago a man was murdered, CBS’ 60 Minutes was put to shame.

…DENMARK IS NOT THE ONLY PLACE WHERE SOMETHING IS DECOMPOSING. 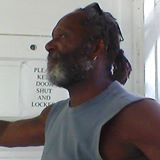