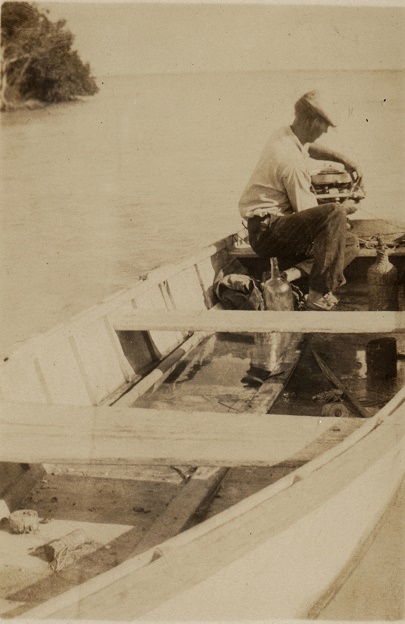 Small boats like this one were sometimes used to pick up migrants from nearshore islands, where larger smuggling vessels had left them, and bring them into Key West. The large glass demijohns at the rear of the boat are similar to those used to smuggle rum and other liquor during Prohibition. (Image Courtesy of the Lewinsky Family Collection) 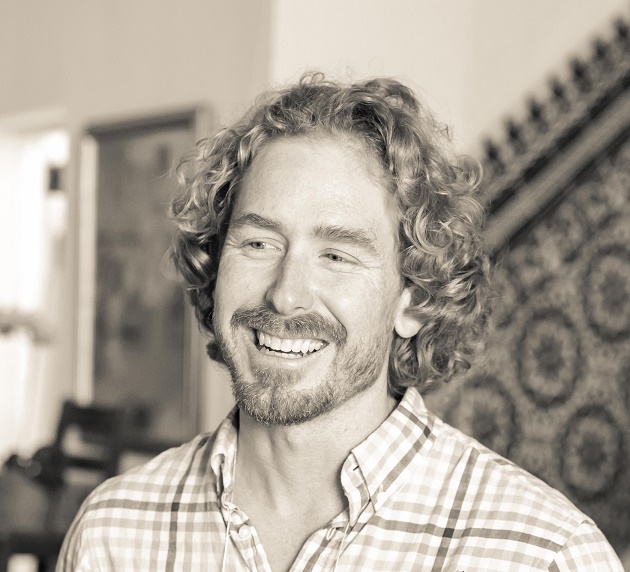 Author and historian Arlo Haskell will appear as KWAHS Distinguished Speaker Series guest at the Custom House Museum on Thursday, May 18. His presentation will explore Key West’s WWII era Jewish Underground, and the smuggling of refugees from Cuba to Key West. (Photo by Nick Doll)

Key West Art & Historical Society welcomes Distinguished Speaker Series guest Arlo Haskell, writer, historian, and director of the Key West Literary Seminar, to the Tropic Cinema on Thursday, May 18 at 6:00pm. Haskell’s presentation will explore the little known world of Key West’s former Jewish Underground, and the smuggling of refugees from Cuba to Key West from 1918-1939.

During the 1920s, as Adolf Hitler rose to power in Germany’s Nazi Party, new immigration policies severely restricted the number of Jews allowed to immigrate into the United States. In the ensuing humanitarian crisis, thousands of Jewish migrants became refugees in Cuba, where authorities looked the other way as smugglers transported them to Key West by any means necessary. Haskell’s presentation will reveal stories of how bar owners, boat captains, costume artists, counterfeiters, immigration officials, a rabbi, and even a traveling carnival company joined forces to reunite Jewish families and save the lives threatened by discriminatory American laws.

Haskell’s interest in the Jewish history of Key West evolved from three file boxes of family stories, photographs and documents gathered from local Jewish families belonging to friend Susie Savitch, whose own research into the Jewish community suggested “that there was much more to the story than the group of peddlers who arrived here in the 1880s,” says Haskell. What it pointed towards was rum-running during the Prohibition, but Haskell questioned its legitimacy or whether it was “just” a family legend.

“As I dug into it and learned more about that time-period, I realized that not only was it true, but that there was much more to it than simple rum-running,” says Haskell. “Jews were saving lives by smuggling other Jews from Europe into the United States, and Key West was one of the major entry points. And the reason nobody knew about it was because it was illegal, and keeping it a secret literally meant the difference between life and death.” 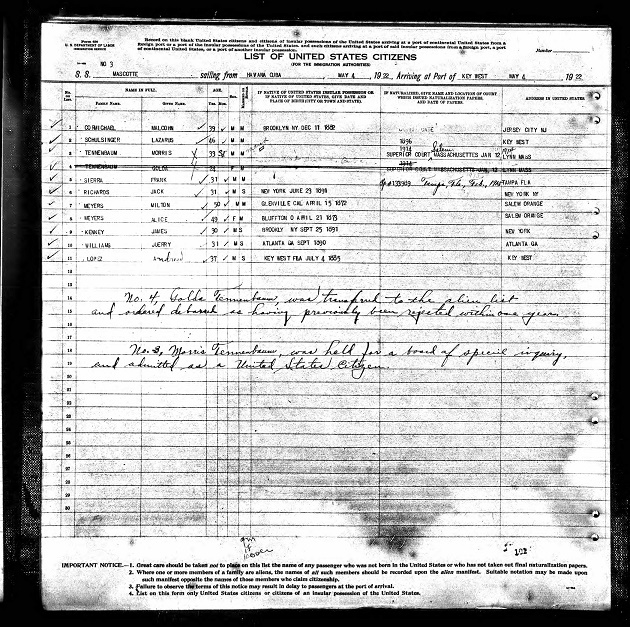 Key West’s Rabbi Lazarus Schulsinger conspired to smuggle Jewish refugees from Europe to the U.S. via Havana and Key West aboard fishing boats and passenger ferries, where they often wore disguises and carried counterfeit documents. This passenger manifest from the S.S. Mascotte in 1922 shows that Morris and Golda Tennenbaum were flagged for special questioning by immigration authorities while traveling with Schulsinger. (Image provided by The National Archives at Washington, D.C.)

Haskell’s research came with challenges, as information on illegal activities are not exactly readily documented or available. His detective work “and a kind of forensic approach” has led him to research both on and off line to target resources from all over the world: American immigration paperwork, passport records, census reports by Ancestry.com, maps of Key West, local newspaper articles from the University of Florida, Jewish Aid organization reports from Havana, and collections from the American Jewish Archives in Cincinnati.

“Some of the most important pieces to the puzzle were right here in Key West,” he says. “A Ku Klux Klan document at the Monroe County Public Library, and a surprise discovery by contractors of an underground chamber on Duval Street that was probably used to hide migrants.”

The Distinguished Speaker Series is sponsored in part by the Helmerich Trust, the Department of State, the Division of Cultural Affairs, and the Florida Council on Arts and Culture and the State of Florida. Additional support provided by the Marriott Key West Beachside Resort.

Tickets are available through kwahs.org/education/distinguished_speaker_series; $5 for members, $10 for non-members. For more information contact Adele Williams, Director of Education, at 305-295-6616, x115. Your Museums. Your Community. It takes an Island.