This scarf, “Raspberry Crest,” is a 2016 finalist in the prestigious Niche Awards.

Artist Judi Bradford of Key West, Florida has been selected as a finalist in the 2016 NICHE Awards for the piece entitled Raspberry Crest in the Fashion Accessories category.

Only 180 entries out of more than 1,600 submissions were named as finalists in this year’s competition. The awards program is sponsored by NICHE magazine, the exclusive trade publication for independent retailers.

Now in its 26th year, the NICHE Awards program began in 1989 to recognize the outstanding creative achievements of American craft artists who produce work for craft galleries and retail stores. Judging is based on three main criteria:

Winners of the 2016 NICHE Awards will be announced at a ceremony on Saturday, January 16, 2016, at the Washington Convention Center, held in conjunction with the American Made Show. The American Made Show is the nation’s largest wholesale marketplace bringing together American and Canadian artists, designers and retailers. More than 700 artists exhibit handcrafted designs in hundreds of product categories to nearly 5000 buyers representing galleries, museum gift shops, and specialty retailers.

Applications for the 2017 NICHE Awards will be available in Spring 2016. For more information or to obtain images of finalists’ works, visit www.NICHEAwards.com. 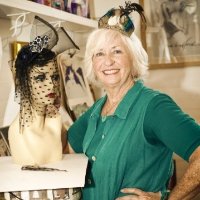