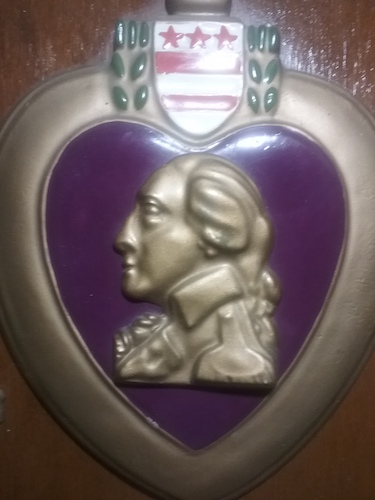 As our nation continues its tumble into a vacuous, moronic and hateful state of partisan politics, pitting groups of Americans against one another, whereby every manner of verbal and violent assault are justified and rationalized away, it was heartening for me to witness the unanimous agreement reached today [August 4, 2018] in our United States Senate identifying August 7 as “Purple Heart Day.”

So much is given and lost by those members of our Armed Forces awarded the Purple Heart Medal. Combat wounds, infirmities, excruciating pain and death incurred in battle are the prerequisites for this award.

The carnage and broken bodies grotesquely twisted as a result of their combat injuries is a traumatic and horrifying event. Their shredded physical structures and remains are frequently distorted beyond recognition.

The terror and uncertainty facing these injured individuals is palpable and ever-present. Despite this reality, these “Wounded Warriors” were ministered to by devoted comrades, so they might be safely extricated from a landing zone often under intense enemy fire.

All involved throughout the rescue process were firm in their devotion and commitment to treat those suffering and leave no colleague behind. Their uncommon measure of courage and steadfastness are “common virtues.”

Recognizing the terrifying and heartbreaking realities endured by those killed and wounded in combat is the basis upon which the Purple Heart Medal was created.

Perhaps on this day we can momentarily reflect upon that which we have in common as Americans — even suspending the hostilities we may harbor for someone of a different political persuasion, even though they may dare to think differently and find solace in dissimilar points of view. Maybe, we could even bring ourselves to comfort, embrace, and treat with courtesy the most ardent adversary whose ideas and experiences are antithetical to our particular perspectives.

Along with many Brothers and Sisters, a lot of blood was pumped into me so I might live. I don’t know from who or whence this life preserving substance came. Perhaps a far left liberal, conservative right winger with a race and gender unknown or could it have been a LGBT donor that saved our lives?

Thank you all so very much.