Sometimes, when I am anchored alone in the far reaches of the Archipelago of Bliss, I will see a group of Indios gathered around a camp fire sharing stories as the twilight deepens into darkness. Everything in such a scene is primal and elemental and authentic. If there are children in the circle, I suspect that the adults are probably passing along their tribal story. They are teaching the young their shared history and their common values.

Because language was invented long before writing, the importance of oral story-telling was enormous in our early evolution as a species. Stories DO MATTER – they are vital in our societal development. And as humanity has progressed, so has the manner in which our stories are conveyed.

Tribal campfire instruction was supplanted by medieval theatrical productions. Shakespeare replaced the shaman. But it wasn’t long before The Book diminished The Bard. With the moveable-type printing press, far more people could have access to the shared wisdom accumulated during the human caravan. In the 20th Century, the written word lost its pre-eminence due to the invention of movies and television. These tools, that combined moving images with spoken words and music, were far more powerful than the story-telling systems that had preceded them.

I am mentioning these things as background perspective for a startling experience that jolted me during my recent visit to San Francisco. Because there is no movie theatre down here in this forgotten outpost of the Banana Latitudes, it has been years since I was in a big U.S. cinema. Just getting through the previews of coming attractions was so traumatic, that I barely made it to the feature film.

Why was it so troublesome? – Because almost all of the soon-to-be-released films were violent and preposterous. They were gratuitously awash in gunfire and explosions and “might makes right” smirks. The so-called “heroes” were not just reminiscent of junior high school, one dimensional, comic book, good guys – they WERE comic book characters. When super-heroes have completely replaced heroic human beings in the story that a society tells itself, then that society is Dysfunctional with a Capital D.

The violence of these films is obvious, but the “preposterous” aspects get muted because of how accustomed viewers have become to the wizardry of special effects. The deeds that these crime-stoppers and world-savers supposedly perform are utterly ridiculous – unless one has been blinded by total immersion in such absurdity. These characters routinely transcend limitations of time and gravity and solid matter – and yet nobody in the audience seems to question such ludicrous abilities.

During my last few days in San Francisco, I would mention my discomfort with these violent and preposterous movies to my friends. They would usually attempt to ease my mind by suggesting that “they are just movies.” But I am convinced that they are far more than this, and that they are instead a significant part of our cultural conditioning. Here is some of the messaging that these films are promoting – either knowingly or unknowingly:

When I returned to AVENTURA after my journey to San Francisco, I was still struggling with the movie violence that had troubled me so deeply. A friend suggested what she described as “the perfect antidote” for my anxiety. It was the film entitled CHOCOLAT. I rented it and am now forever indebted to that friend.

Here was an example of powerful movie-making that seeks to bring people together rather than to cast them aside as enemies. It exquisitely weaves a message of the transformative power of tolerance and kindness. In the film, real people actually have genuine conversations in which they discuss important issues. The characters have depth and eccentricities and flaws. They are not just cartoon cut-outs. They remind us of how profoundly challenging life is – as we all try to navigate the troubled waters of the human voyage.

And CHOCOLAT achieved all of this without anyone having to wave a flag or praise a god or vaporize an enemy. 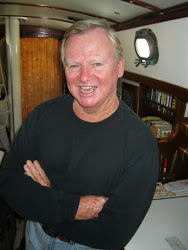 2 thoughts on “It’s Not Just a Movie”