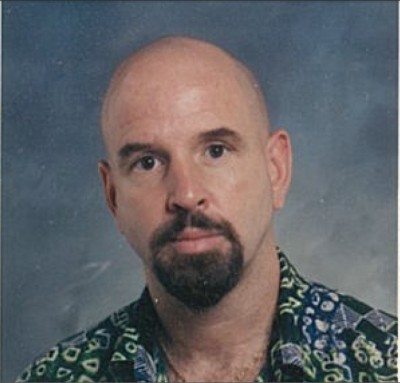 I grew up around a lot of cops. Most adult men in my neighborhood were employed as construction workers, firemen or police officers.

Many of these individuals were tough, hard drinking and athletic. They were identified via their Irish Heritage, Catholicism and love of America. They took their jobs seriously, while excelling in the performance of their duties. They valued knowledge and made enduring sacrifices, so that their children might receive a real education; the formal schooling that many of these men had not been privileged to experience.

No one looked for trouble, as there was plenty of action in this city of 8 million. By the same token, there wasn’t much backing down from a fight. Although devout in their religious beliefs, Christ’s teaching on turning the other cheek was not pushed from the pulpit nor given a priority in ones daily life.

Imperfect as we all are, the cops on the beat walked the streets of New York City with an air of confidence, pride and compassion. Well trained and made of the right stuff, they’d stop and play a quick game of ‘stick ball’, ‘box ball’ or ‘off the point’ with kids and young adults, while they were on foot patrol.

Walking a thin line and balancing themselves with a certain degree of precision, they’d immediately intervene and arrest the very same individuals they had been playing ball with, when necessary. Although blurred at times, clear lines of respect and distinction were maintained.

That being said, I believe it’s difficult for police officers to gang up on an individual and kill them, after they’ve become acquainted and established a relationship with that person. I find it hard to accept that a cop would thrust his fingers and hand into the rectum of a young man in broad daylight, in front of his mother, grandparents and siblings; for the reason of allegedly searching for a small quantity of something; if said officer had taken time to know and develop a respectful connection with the victim. Dignified exchanges with citizens are the bedrock of community policing. Done correctly, it will decrease the aforementioned violations and abuses. The rage, hate and disappointment felt by some segments of our nation, grown weary because of their malfeasant experiences with law-enforcement, will decidedly diminish.

In accordance with the Constitution of the United States, cops that violate the rights of another are criminals and unfit for duty. They are not the caliber of persons we want carrying a gun and wearing a badge.

Words are insufficient in describing the wickedness and depravity of any state attorney, who knowingly conceals, cover-ups or ignores evidence that confirms the commission of a serious crime. Documented felonious violations of the law committed by those empowered to kill and arrest the public; are not a trifling matter.

“Woe to those who devise wickedness and work evil on their beds! When the morning dawns, they perform it, because it is in the power of their hand”.

Getting back to ‘the big apple’. As a kid, I remember that our police officers and citizens had a certain synchronicity about themselves, which rhythmically blended into a finely tuned and viable organism, allowing us to live with, yet separated from, those charged with governance and control.

Surrounded by aggression and violence, I don’t remember any incidents of police brutality. Nor, do I recall many instances of police using excessive force on a citizen.

The cops we knew were restrained and reasonable. They were not out to fulfill some dark and dirty deeds. They were one of us…!!!

If a child or adolescent got unnecessarily roughed up by a cop, their parents or spokesperson would go to their cop friends in the neighborhood with a complaint. If the complaint was found to be justified, the offending police officer would get their head handed to them.

By the same measure, if it was determined that the aggrieved party deserved the treatment they received from the police, the matter was settled.

This serendipitous flow kept order, made sense and wasn’t cumbersome. It provided accountability and consequences for all parties.

We weren’t thin skinned with idle and judging minds waiting to pounce on one another, at the first chance that came our way. We were busy living our lives, allowing others to live theirs.

We didn’t expect perfection from one another. Yet, we wouldn’t tolerate mistreatment. We weren’t too disappointed when someone made a mistake. We had dreams and aspirations that needed to be tended to, no time to waste ruminating on the errors of others. Nurturing old and new wounds, while resenting the real and imagined harms that we may have experienced, served no useful purpose.

The term ‘political correctness’ hadn’t been invented during my youth. People behaved in a manner that brought about results. As we evolved towards a self-actualized state of mind, the conflict and struggles in our lives stimulated growth, realization and awareness. These liberating prerequisites provided us with an authentic existence, filling our lives with joy and purpose. It put fire in our bellies and a bounce in our step.

By the way, we fought in and ended a war, put men on the moon and established a national day of remembrance honoring the life of Dr. Martin Luther King, Jr.

I don’t know how many undeclared wars we are involved with right now, our country ranks last and near the bottom in ‘science education’, when compared to our world counter-parts; and race-relations are at an all time low. “All change is not growth, as all movement is not forward.” – Ellen Glasgow

The Monroe County Sheriff’s Department has many of the extraordinary characteristics that went into building, managing and maintaining ‘New York City’s Finest’.

Their old school qualities are reminiscent of a bygone era, when qualitative performance of one’s duties was the standard measurement for every police officer. Under Sheriff Rick Ramsay’s leadership these traditional and time tested law-enforcement principles have been maintained and expanded upon, birthing a cadre of deputies equipped with 21st century technology.

As with Captain Donald Fanelli, Sheriff Ramsay’s selection of sub-station commanders and supervisors has been exceptional. Their energy, experience and expertise are reflected in the brilliant and courageous conduct of the department’s deputies.

At one time it was taken under serious consideration to disband the Key West Police Department. The goal being to increase the Sheriff Department’s jurisdiction over that town. The time has arrived for that conversation to once again commence.

Perhaps the home cleaning services arising from such a change would restore the vibrancy, integrity and credibility of a police department damaged by the conduct of some leaders and officers. It certainly would be a significant step towards lifting the veil of darkness and corruption besetting that city.

As the Justice Department conducts a thorough investigation of the KWPD and its accompanying players, the chickens may be coming home to roost.

3 thoughts on “Irish Need Not Apply”