AFTERNOON SCHEDULE
AT THE HOG’S BREATH 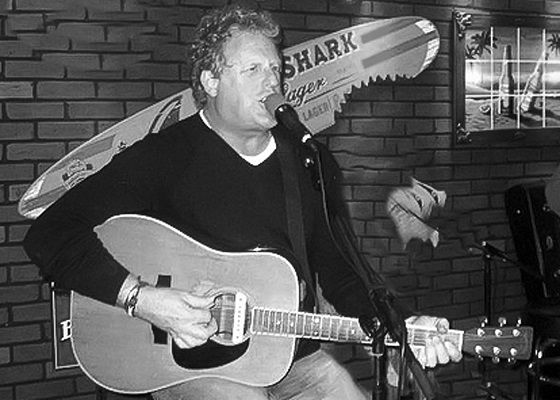 The Hog’s Breath Saloon, 400 Front St. are proud to welcome back Ronnie Johnson from Charleston. Johnson will be on the outdoor stage, 5:30- 9:30 pm

Country singer, songwriter and guitarist Ronnie Johnson is on that road to notoriety.  For over three decades, the Valdosta, Georgia native has been wowing audiences with his mix of original and cover songs.  Ronnie’s resume is seasoned with gigs and jam sessions that would make other budding artists envious.

Ronnie has shared the stage with Rock n’ Roll Hall of Famer Chuck Berry in New York City for “People Magazine,” and opened for many big name entertainers  including the ageless and legendary Tom Jones.  Throughout his lifetime, Ronnie has jammed with the who’s who of session musicians and counts fellow guitarist Jeff Cook, founding member of Alabama as a close friend as well as Grammy Award Winner and Nashville Songwriters Hall Of Fame recipient Richard Leigh composer of “Don’t It Make My Brown Eyes Blue” as well as 7 other #1 songs!

Stop in and see why the band is the talk of Charleston and Key West. 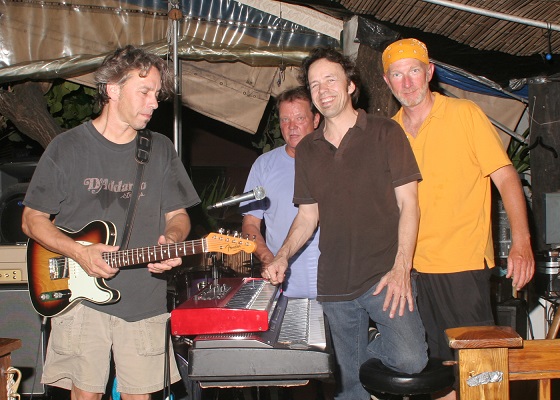 Singer-songwriter Mike McAdam is no stranger to the Hog’s Breath stage or his following of local fans that help fill the clubwhen he’s playing, and this time around he will be bringing his pal Eric Holt to town and the duo will be performing as the Holt-McAdam Band,

Nov. 20 -22, playing the late-shift gig, 10 pm – 2am.
McAdam is one of Nashville’s in-demand session guitarists and toured in the ‘90s with Radney Foster. At Silvertone Recording, owned by McAdam and Jack Irwin, he has worked with Jeff Black, Jack Ingram, Sawyer Brown, Flaco Jimenez and others on indie album projects.

McAdam continues to produce and play guitar for numerous artists, including Randey Foster. McAdam’s independent-produced solo effort, A Million Miles, was completed at Silvertone. The album contains eleven songs, ten of them originals, with vocal performances that may surprise those who have only heard McAdam’s guitar work in the past. The songs are insightful and the production is stellar.

The Cranky Old Bastards
Premier at the
Hog’s Breath Saloon

It’s not too often that you get these performers jamming together in Key West, so don’t miss this once-in-a-lifetime gig!