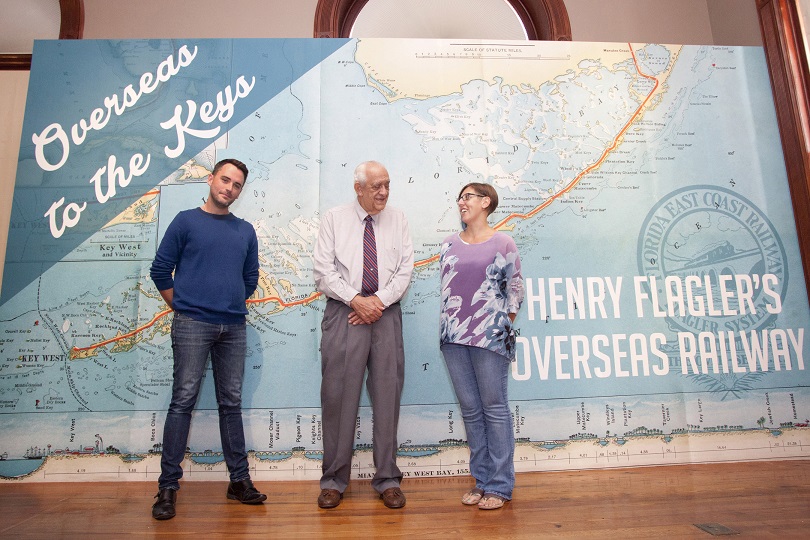 The Key West Art & Historical Society is honored to announce Tom Hambright as this year’s Scotti Merrill Preservation Award recipient and will celebrate him at their annual “Back In Time” fundraiser on Wednesday, November 29 from 5:00pm – 10:00pm, a festive, themed costume event that supports the building’s ongoing preservation needs.

The official county historian is considered one of the foremost preservationists of Key West history, known for his encyclopedic memory and historic storytelling.  He came to Key West “courtesy of the US Navy,” assigned as a destroyer chief staff officer, and remained in service for 21 years before taking his 32-year helm in the Key West Library’s Florida history wing.

The Society is fortunate to have Hambright’s hand in their own history. Not only was he the organization’s curator from 1984-1986, he also served on the board of directors during the major 1990s renovation of the Custom House.  Today, he often collaborates with Society Curator Cori Convertito, Ph.D., offering supporting documents and photographs for the museum’s various exhibits and programs, and any additional information requested regarding the museum’s expanding collection.

“Tom has dedicated his life to preserving and promoting the history of the Florida Keys,” says Michael Gieda, Society Executive Director. “I could not think of a more appropriate recipient than Tom for such an award.”

The Scotti Merrill Preservation Award honors those who dedicate themselves to preserving the cultural heritage of the Florida Keys, with special emphasis on the Custom House, a building that underwent a 9-year, 9 million-dollar renovation spearheaded by the late philanthropist and founder of the Dogwood Foundation.

“Scotti was a visionary who understood and appreciated the importance of the Custom House,” says Gieda. “She and her family’s past and present support of the building has been vital to the Society’s on-going preservation efforts.”

Hambright, who worked alongside Scotti during his time on the board, believes the Custom House “is one of the island’s greatest attractions,” and “an introduction to our history that might not otherwise be seen.” He also has contributed his time and knowledge as a board member to the Key West Maritime Historical Society and the Old Island Restoration Foundation. 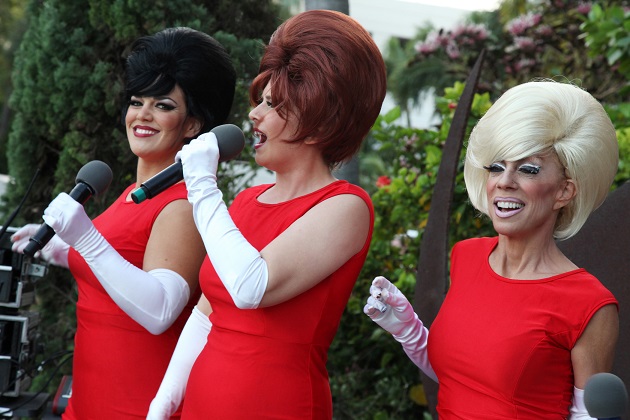 The Fabulous Spectrelles and acclaimed swingin’ dance band Patrick & the Swayzee’s will be serving up music to rock, bop and doo-wop to at the November 29 Back In Time fundraiser, an annual themed costume event that supports the Custom House building’s preservation fund and this year will include a silent auction to benefit Habitat for Humanity and their ongoing post-Irma efforts.

The November 29 Fabulous 50s-themed Back in Time celebration warms up from 5:00pm – 6:30pm on the veranda of the Custom House, the island’s architectural crown jewel located at 281 Front Street, with cocktails and entertainment by “diva’s of Doo-Wop,” the Fabulous Spectrelles. At 6:30 the party moves next-door to Margaritaville Resort’s Grand Ballroom, which will be transformed into a souped-up 1950s gymnasium where guests can live the sock-hop or 50s prom of their dreams. The evening will feature dancing to live soul-inspired rockabilly, surf-rock and Motown sounds by Patrick & the Swayzees, a silent auction to benefit Habitat for Humanity, presentation of this year’s Scotti Merrill Preservation Award to Hambright, and a cheeky gourmet take on 50s cuisine, complete with soda fountain.