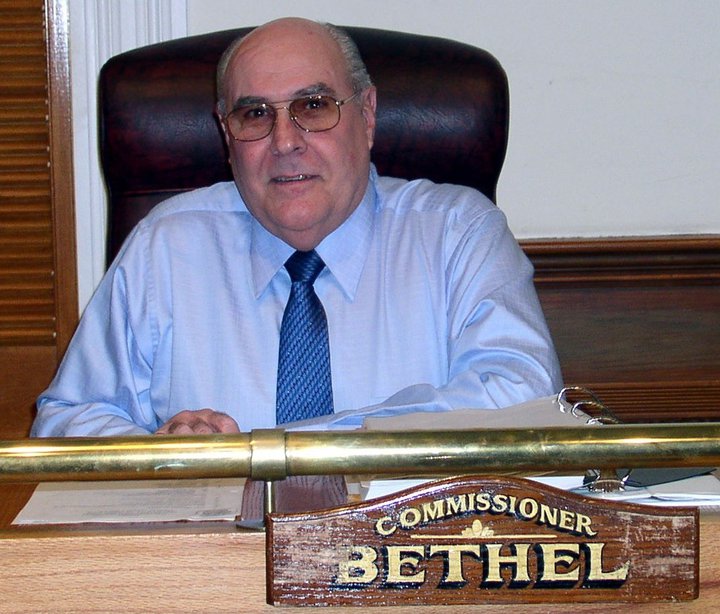 An Open Letter to the Lower Keys Hospital District Board and To all Elected State, County, City and Public Agency Officials.

I am a Conch and a resident of Key West. I have served on the boards of many Keys Institutions and have served as a Key West City Commissioner. There are 4 generations of Bethels living in Key West as I write this letter.

By virtue of my standing in the community I come into contact with many people on a daily basis. Based on what I have heard lately, I have grave concerns about certain operations at Lower Keys Medical Center (LKMC). LKMC is the only Hospital in our area and is the only Hospital all of us depend on for qualified and untainted medical care.

When community members complain about treatment issues at Lower Keys Medical Center the entire community should be entitled to know details. Our community facility and our patients must not be placed at risk due to improper activity.

Of specific concern are the following:

–citizens are complaining that Emergency Room physicians are often not calling a patient’s private physician when the patient comes to the Emergency Room, even if the family or patient states the name of their physician and requests that the ER staff do so. There have been times where ER physicians actually refuse to call a patient’s physician… that’s right – refuse! This has led to unnecessary conflicts between the ER physician and the patients, their families and the private physicians. This has denied patient’s their rights of self-determination and their right to choose who provides their medical care.

–Community members have expressed surprise to find that their own doctors did not know their patients were in the ER, were admitted to the Hospital or were transferred out of the Hospital.

–ER doctors are not calling the private physicians even to obtain historical information about the patient even though the private doctor may have taken care of the patient for many years.

It turns out the Hospital doctors do not call the primary doctor to inform them of the patient’s hospitalization or to obtain important historical information about the patient. I am not a physician but, I know that this is bad care, questionable care and should not be happening to my family, my friends or the citizens of Key West. I would be irate if the ER doctor or the Hospital doctor did not communicate with my doctor if I or my family members were sick.

Dear Commissioners, how would you feel if the same happened to you, your loved ones or your friends?

None of this made sense to me until I learned the following and then I decided I needed to write this letter:

This represents a large number of patients, most of whom are insured and these patients generate a significant income for whoever holds the contracts.

–In addition to the two Hospital contracts that were given to this one physician (who employs or contracts for all ER doctor and Hospitalist physician coverage), this same physician is allowed to maintain his own full time private medical practice in our community.

I do not know why this was allowed as this situation has no precedent at Lower Keys Medical Center to my knowledge as all of the other hospital based physicians (radiology, anesthesiology, pathology, etc.) do not have outside private practices in the Lower Keys service area. To do so would put them in competition either with the Hospital or other physicians and potentially impact patient care, deny patients their rights of self-determination or cause the kinds of concerns that have been brought to my attention.

This situation does not pass the smell test and smacks of a conflict of interest and possibly worse: self-referral, fee splitting, cronyism, and kick-backs. Who profits from these contracts and why were they awarded? Further, this opens the door in my opinion possibly for medical care decisions to be made not for the best interests of patients or their medical care, but instead, for economic interests.

In my prior positions, private and public, we would never allow so much control and potential for economic abuse to rest in the hands of so few especially if all involved stand to gain economically. There must be checks and balances and they must be in place for no other reason than to avoid the potential of abuse of privileges and, by extension, harm to the patient.

In summary, it is my understanding that there have been referrals or consultations for ER staff to Hospitalists and then form the Hospitalists to this physician’s personal practice while the patient’s own doctors are ignored or completely left out of the medical care loop. From what I have heard, it seems that there may be a culture at Lower Keys Medical Center that seeks to alienate some long term local physicians, disenfranchise patients and their rights to choose and rely on their chosen doctor and to force patients to be treated by doctors who are beholden to the contract holder.

There is too much troubling information from too many sources to ignore this. I believe that it may be appropriate for the community as a whole to weight in on these issues.

I would like to avoid public or nationwide controversy (as happened with the HMA investigation on 60 Minutes) by acting to investigate all aspects of these issues quickly and openly, not by those involved or their dependents but rather, by objective parties who know good governance and State and Federal laws.

I would ask that your Board engage the Board’s attorney to investigate whether these actions and behaviors are putting the Hospital and the community at risk through violations of State or Federal law. I would hope that your attorney would also confer with CHS legal counsel to see if this is a company-wide policy and if it is supported by CHS. Or is Lower Keys Medical Center’s acting in a rogue manner by promoting its own policy?

Thank your for your consideration,

Note:  Mr. Bethel’s letter was read and discussed by the Lower Florida Keys Hospital District Board at its meeting last Monday [March 14, 2016].  The board also heard from several physicians and members of the Community.  In 1999, the Lower Florida Keys Hospital District agreed to lease the Stock Island hospital to a company called Health Management Associates, or HMA. That company was later acquired by Community Health Systems (CHS). Though District Board members have no control over operations at the Lower Keys Medical Center, they have asked the Hospital’s CEO, Nicki Will, to give them a report on the matter at its next meeting on June 13th.