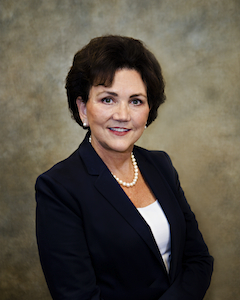 The legalization of medical marijuana in Florida seems inevitable. Last year the ballot initiative to amend the Florida Constitution to allow medical marijuana failed by a slim margin. Any amendment to the Florida Constitution requires passage by 60%. The initiative garnered 57.6% of the vote. Here in Monroe County, the vote was 70% in favor of the amendment. Those in favor of the amendment have vowed to raise the signatures to put it back on the ballot again in 2016.

Our Florida Legislature recognizes that the majority of Florida residents want medical marijuana to be available to treat those suffering serious illness. Those opposed to the amendment often site lack of oversight of prescriptions and inherent abuses as the basis for their objection.

The good news is that the Legislature recognizes that the issue is not going away. They realize that the better way of handling the legalization is to pass legislation legalizing medical marijuana for a variety of illnesses with appropriate controls. State Senator Jeff Brandes of St. Petersburg, Florida has introduced Senate Bill 52 making medical grade marijuana legal for maladies including cancer, AIDS, Parkinson, ALS, MS, and Crohn’s.

Legislation is a far more flexible way of addressing this issue. Once a Constitutional amendment is passed in Florida, it takes 60% of the voters to repeal or change it. If legislation is found to be in error, the recourse lies with the legislators who can act immediately. Once a Constitutional amendment is in place regarding medical marijuana, there are no guarantees what effect it would have on the ability of the legislature to regulate its distribution.

Furthermore, being a lawyer, I am opposed to using the constitution to handle this type of issue. A Constitution should be used to establish more general principals of a government such as the right to free speech or the right to vote or powers of the judiciary.

Legislators are on the right track to face the legalization of medical marijuana where it can be debated, where the medical community can have input and the public can weigh in, and where a comprehensive bill can be written that addresses concerns of both proponents as well as opponents of legalization. Even those who oppose legalization of medical marijuana must recognize it is more likely than not that it will come to pass. It is better that the legislature has some control of the implementation of the legalization and legislation is a wise avenue.