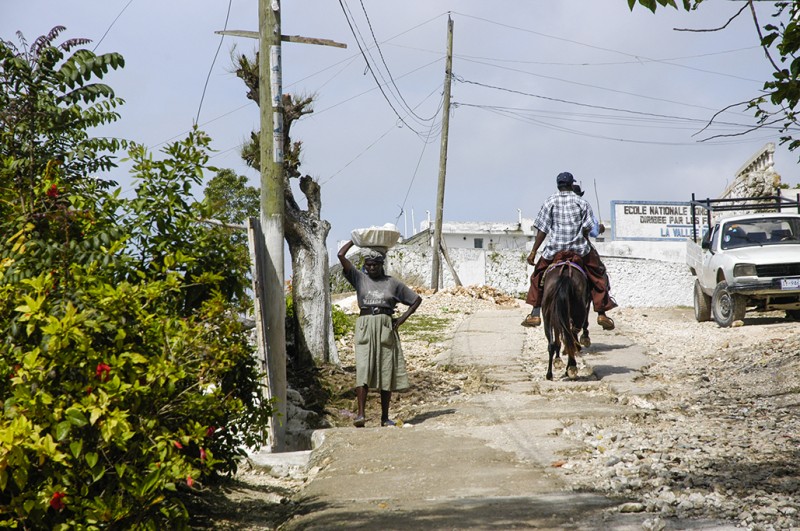 Throughout the village you see electrical lines but they are just an illusion, there is no electricity, yet

As I sit here contemplating this column, all of the people who have been a part of my life since that first trip to LaVallée come to mind. I think of all the exhibits and lectures I’ve done across the country and I wonder if my images or stories have made a difference. I wonder if this column will make a difference to the readers. 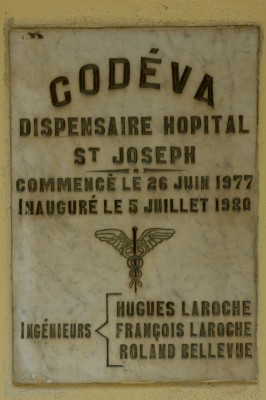 When we arrived at the Hospital St. Joseph on that hot summer day in June, we all went in to see how much work had to be done before Monday morning when people from all directions, including Dominican Republic, would be there to see the doctors with payments of bread, eggs and fruit, or their best rooster. That first weekend is when all credentials and qualifications are set aside and everyone helps with the clean up. Doctors roll up their sleeves and sweep and mop floors, cleaning and organizing the area where they will be seeing patients. Everyone is responsible for his or her own space. This is hard to describe but imagine if you can, a hospital with no electricity, no running water and no air conditioning. I walked through the small hospital, which had only a few patients, with Dr. René (OB Gyn); it was dark and dingy and I was in total disbelief. As we walked, he began telling me the story of what it was like when Association Haitienne de Développement Humain, Inc (AHDH) first arrived in 1986. How they had to do surgery by flashlight and no air-conditioning with someone fanning the flies away. He talked about the desperate need to perform cesareans in order to save the lives of both mother and child (the death rate during birth in Haiti is higher than any other place in the Caribbean). He showed me a small generator that ran sometimes, if they had gas, which powered the operating room and pumped water from the cistern. Then he told me of their dreams, how one day they would have a generator large enough to power the entire hospital. How one day the hospital would be a full service medical center where he would be able to perform cesarean sections and all people would be cared for. One phrase that stuck in my mind is; “First you must have a dream”! 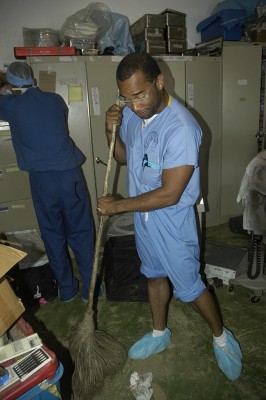 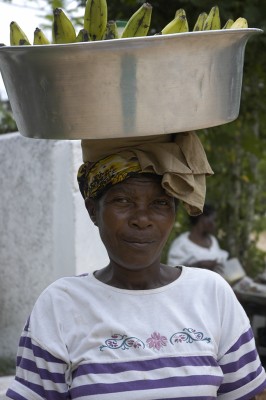 She has fruit to offer as payment 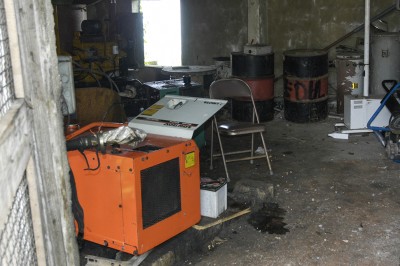 This generator did not have enough power 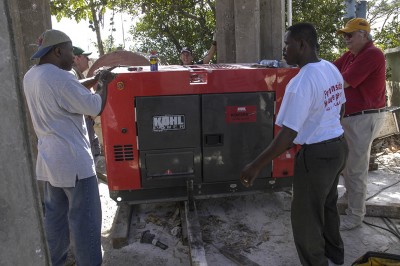 New generator large enough to power the hospital and pump water at the same time!

I interviewed some of the other doctors and nurses and made the first video for AHDH to use for fundraising and they raised enough money to begin building their dream. 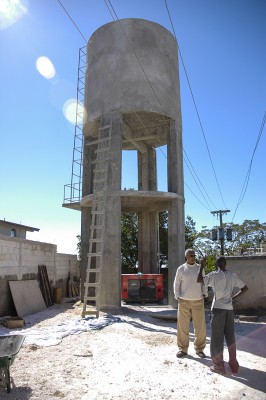 By the following year, they installed a very large generator under the newly constructed water tower! The people built the tower by hand with limited tools and supplies. Dr. René was able to perform the first cesarean section. Dr. Phillippe, a surgeon from Cayes Jacmel, joined us and performed the first hernia surgery in LaVallee. There was running water and electricity and air-conditioning in the Operating Room! The nurses were able to use the sterilizer to sterilize instruments. I promised AHDH that my photographs and video would help make changes and they did. I am grateful to be a witness to all of the changes.

I took a small portable printer and tons of paper and ink with me on that first trip; I wanted to give the people I would photograph something in return. On the first day at the hospital the only place I could find was a small room that was painted pink, it wasn’t being used by any of the doctors so I set up my camera, tripod and printer and made the first image of a little boy. I gave the print to him thinking he would show everyone in the village and maybe they would come to be photographed. Within a very short time there were so many people waiting to have their photo taken that I knew I would run out of paper and ink. That’s when everything changed for me. I realized I was making images for people who had no photos of their children or themselves and most of them had never been photographed before! It was hard to believe that in this day and age there were people with no visual documentation, no proof of history. That was unacceptable to me! I knew I had to do something to help, but would it be possible with no electricity? Well all I had to do was look around me to see that anything is possible! These people built their entire town by hand with a dream! 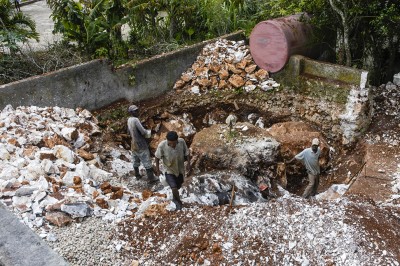 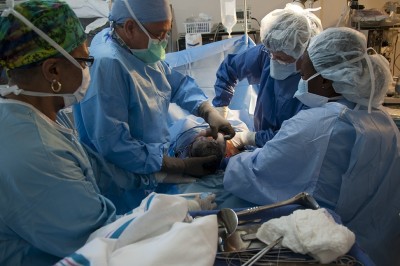 Now, Dr. Rene and the nurses save both mothers and babies lives every trip 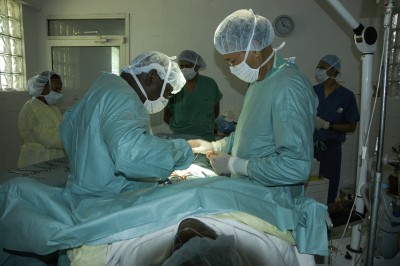 Operating room in 2006. hardley enough roomto do one surgery 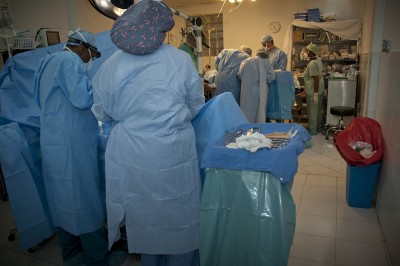 Operating room in 2011, performing two surgeries in the same room

I immediately began planning on how I could help the people preserve their history, their beautiful culture and to leave a legacy for future generations. I would do this by teaching documentary photography to teenagers so they could record their life events. But I will leave you with this because it is the beginning of my next column. I hope you will continue reading the column and please, leave a response. 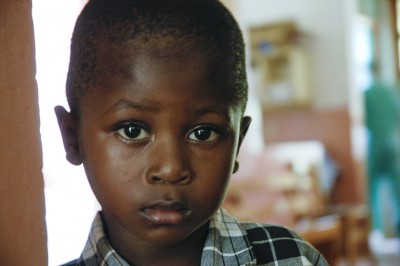 This was my messanger he brought everyone for photos 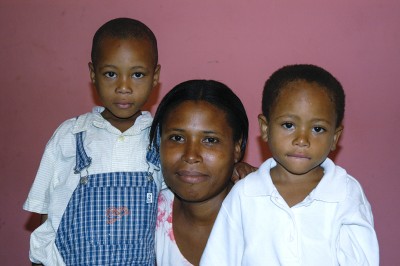 Now, they have a family photo 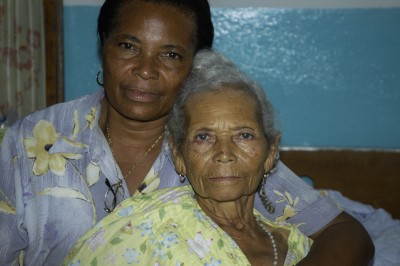 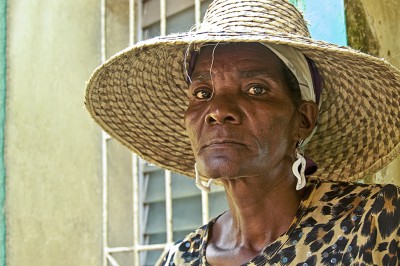 This is her first photo

All images are copyright property of the photographer, Jeane LaRance and may not be copied or used without permission. More of her work can be viewed on her website.

To see other parts in this series click here.