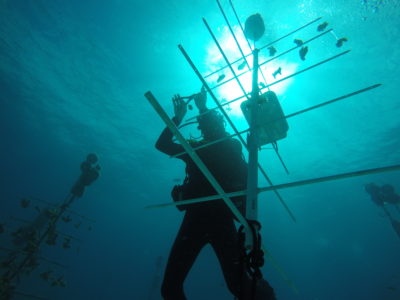 On July 11 and 12, the FWC participated in an educational coral cleaning and coral “planting” event with the Coral Restoration Foundation in Key Largo. Members of the FWC and MCSO were first given an educational and history lesson, followed by instructional session on underwater coral farming before getting in the water.

During a two-tank dive, they cleaned and hung coral on the underwater “trees” in the Tavernier Nursery. These trees contain fragments of coral that grow into colonies that can then be planted on coral reefs. The divers also brought up two discarded spiny lobster traps that were in the nursery and could have caused damage to the coral had they remained.

FWC Officer Bobby Dube stated that they plan on continuing these efforts 2-3 times per year. 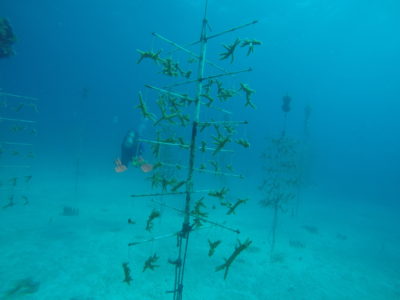