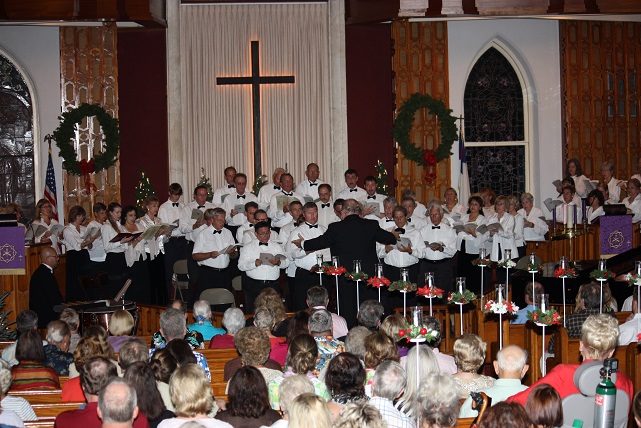 Once again, the holiday season will kick off with the 35th annual performance of Händel’s Messiah at the Key West United Methodist Church, on Sunday, December 3, at 7 pm, corner of Eaton and Simonton.

“This year will be our 35th consecutive annual performance of the world’s most famous and beloved oratorio. We hope that people can take a little time out their very hectic holiday season to listen to the glorious music and remember the ‘reason for the season’,” said Dean Walters, director of music at Key West United Methodist Church, and conductor of the annual production. “It’s always a exciting event because we never know until 2pm on that day how many singers we will have! We have locals, snowbirds, residents throughout the Keys and sometimes as far away as Miami who come to sing with us. And to make it an earlier evening for our audience and performers, this year’s performance will be at 7pm instead of 8pm.”

This year’s performance will have special meaning for Walters, who will be retiring from his church position at the end of this year after nearly 22 years as its choir director.

Singers who wish to participate in the all-in-one-day event, should arrive for rehearsal by 1:45 on Sunday, December 3, from 2:00 – 5:00pm, with the performance at 7:00pm. Interested singers should contact Dean Walters at 305-849-1474 for more information. Music will be provided. As always, this performance is a gift to the community and admission is free, and all are invited to a reception following the performance.

Doors open at 6:30, so come early, because the seats fill up fast!