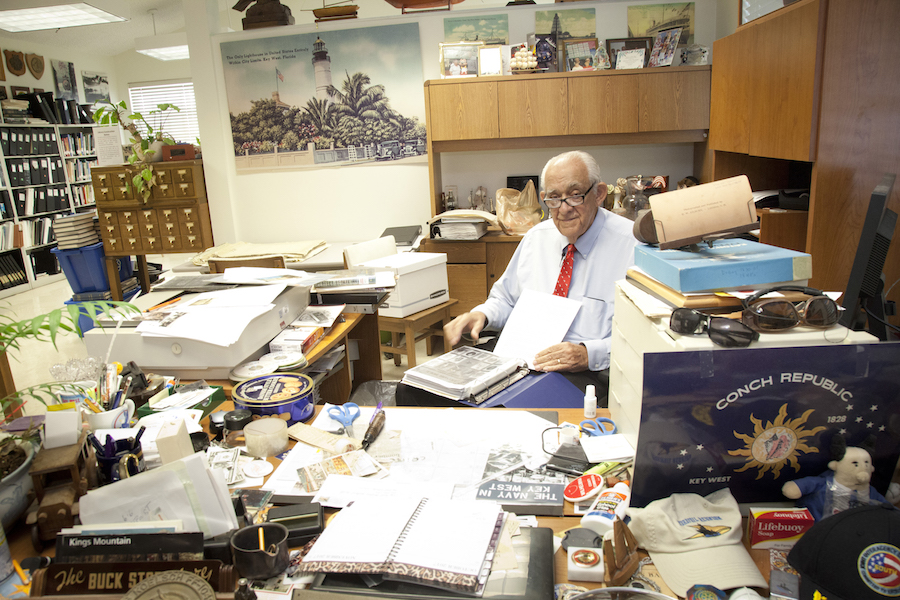 Harvey’s “The Rest of the Story” reports—the stories-behind-the-stories and examinations of history’s mysteries and little-known facts—were a component of his newscasts during World War II, later revived as a Monday-Friday program in the 1970s that ran until his death in 2009.

Official county historian Hambright is considered one of the foremost preservationists of Key West history, known for his encyclopedic memory and historic storytelling.  In 2017, The Society presented him with the Scotti Merrill Preservation Award, which honors those who are dedicated to preserving the cultural heritage of the Florida Keys, with special emphasis on the Custom House, a building whose multi-million dollar renovation was spearheaded by the late philanthropist and founder of the Dogwood Foundation.

Tickets available at kwahs.org/education/distinguished_speaker_series; $5 for KWAHS members, $10 for non-members—advanced ticket purchase is recommended.  Sponsored in part of the State of Florida Division of Cultural Affairs and the Helmerich Trust. For more information, contact Adele Williams, Director of Education, at 305.295.6616, x115.