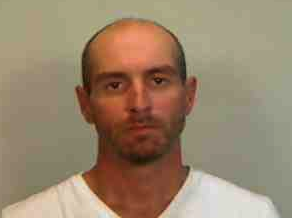 Less than two weeks after being arrested for allegedly spearfishing in a swimming area – while children were swimming – a Marathon man faces a new charge of aggravated battery for a separate offense.

According to reports, Ronald Barton, 39, was arrested on July 5 after he randomly punched a man in the face – knocking out the man’s front teeth.

Police say the victim claimed he had been sitting on a black plastic milk crate drinking a beer with another individual when Barton approached carrying a bottle of rum and a beer. The victim said that Barton mumbled something incoherent and then “uppercutted” him. The other man yelled at Barton to leave and he did. When the deputy arrived on scene after being flagged down he noted that the victim had dried blood around his mouth and also had swollen lips.

Deputy Matthew Cory was able to locate Barton, who had just been arrested on June 22. According to reports, in that incident, Barton was drunkenly spearfishing in the swimming area at Sombrero Beach. Deputies asked him not to load the spear gun while swimmers were in the water, but Barton loaded the gun anyway and jumped back into the water.

In the second incident, when deputies asked Barton why he punched the victim, he stated that the victim had yelled at him but could not remember what was said, only that it “made him mad.” He stated in reports that the victim had balled his fists and stood up, so Barton punched him first.