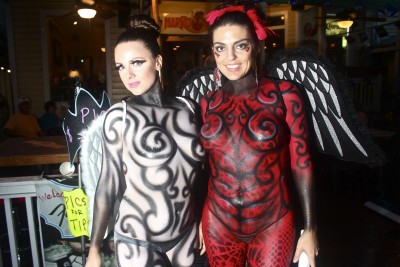 March 3, 2015, the City Commission of Key West met for five (5) hours. First on their agenda was a presentation by the Tourist Development Association and the Market Share Company in response to recent public concerns which did not allow any questions or comments to be heard from the public. The Commissioners themselves were able to discuss the topic, though this discussion primarily involved members of the local government, elected or employed, as the presenters were only able to reiterate points in their presentations, agree to put up signage as proposed by the city, or say “I can’t speak to that.” Follow up questions by this reporter to Linda O’Brien, the founder and head of Market Share, continue to be ignored. Chief among these involve how she is able to sign legal documents indemnifying the city on behalf of the non-profit TDA, when she works for the for-profit Market Share and holds no position with the TDA. Perhaps there is a legitimate reason, but she certainly won’t talk to the press about this or other questions.

[update: 3/6/15 1:32pm  It has been brought to my attention, via 3rd party, still not directly from anyone at the TDA, that Ms. O’Brien does sit on the TDA as Executive Director. Which means she is ED of the TDA (non-profit) and COO of Market Share (for-profit), the company the TDA pays to manage Fantasy Fest marketing and vendors. Which I was able to confirm only on the sidebar of page 4 of the Fantasy Fest brochure, as it is listed nowhere else, nor did she mention it at the committee meeting when she was introduced as the COO of Market Share. This does resolve the legal question above, but raises other questions regarding conflict of interest.]

The conversation the city leaders did have focused on the financial aspects of the festival. The presenters had pointed out the original purpose of Fantasy Fest was to take a period of inactivity for Key West and bring in tourists. There is no doubt it has been successful at that; comparing September to October of any year and one can see the dramatic increase in visitors to the island.

A majority of the discussion was focused on the cost burden to the city of Fantasy Fest. Commissioner Johnston requested an explanation on why the city was paying approximately $250,000 in 2014 while receiving approximately $60,000 in payments back from the TDA. These TDA payments are determined by the contract written in 2011, which includes a cap on total owed with an annual 3% increase on that cap. The City Manager Jim Scholl and Assistant City Managers Sarah Spurlock and Greg Veliz spent some time explaining that part of that $250,000 estimate is based upon usage fees for equipment on hand and not new out of pocket charges. They suggested there were probably $50,000 worth of charges included in that number that should not be considered “out of pocket” because they are accounting for equipment already owned. After being pressed by Commissioner Yaniz, “You’re telling me what’s in the Key Lime pie, I want to know the price tag for the Key Lime Pie.” Assistant City Manager Greg Veliz was offered the number Commissioner Johnston had begun with of $250,000 for the entire 10 day period, inclusive of Goombay. Mr. Scholl also stressed that any final assessment of “out of pocket” should not include direct payments made by the TDA to the Police and Fire departments in Key West for their time on Friday and Saturday, though that was included in the $250,000 as total cost. Commissioner Johnston continued to press for an actual “out of pocket” number, which Ms. Spurlock offered as roughly $156,000.

I spoke with Assistant City Manager Spurlock on Thursday (3/5/15), in order to gain a more accurate accounting of the numbers than anyone else has been able to provide on this topic. Per her office’s accounting, using round numbers, the $250,000 estimated cost to the city (which she states is closer to $230,000) is for both events; $206,000 is the cost to the city for the Monday through Sunday morning period designated to Fantasy Fest, inclusive of equipment costs, not including direct payments by Market Share/TDA to Public Safety. Actual “out of pocket” costs to the city are closer to $156,000, according to Ms. Spurlock. In turn, Market Share/TDA pays a capped amount for services, increasing by 3% each year of the contract. Last year that amount was $60,919. However, none of that money goes directly into the pockets of the city coffers. They pay directly to those departments and organizations rendering services; Police and Fire employees (~$34,000), MCSO, MARC, Waste Management, and they purchased or leased radios for the event.

So while everyone, including the city commissioners apparently, seems to believe that the TDA is reimbursing the city directly towards that $156,000 overhead, up to their capped amount, in point of fact those are two entirely different accounting streams. The $156,000 is not recovered from the TDA at all. The $60,919 was spent on other costs that the city does not ever see, also a type of savings for the city. As Commissioner Wardlow pointed out, when city employees, such as police and fire, are paid directly via 1099 from an outside contractor they no longer fall under the normal fee schedule that would include overtime and pension contributions, thereby saving the city considerable amounts of money beyond the pay itself.

On the private side of the economy, Commission Johnston pointed out that it appears, according to Chamber of Commerce reports, that most of this money is concentrated in the Hotel industry while other industries are not seeing much of a bump. Mayor Cates disagreed, offering anecdotal evidence from his

own business experience that the money does get spread around. Commissioner Rossi added that was difficult to determine exact cost/reward because there were also sales and other taxes collected during this period. Obviously Mr. Rossi did not have these numbers in front of him. After doing some digging, it turns out that from 2008-2014, total taxable sales for Monroe County are at the lowest during October, while the Bed Tax for Key West is at its highest. This would seem to support Commissioner Johnston’s point that the financial benefits are not being evenly distributed. In fact,

according to the chart from the TDC, there seems to be an inverse relationship between the cost of hotel stays, which are highest the 4th quarter, and spending in other areas of the economy, which is lowest during that same period.

I spoke with Mayor Cates the following day (3/4/15) about these issues. I asked him why Fantasy Fest, an event focused on tourists, is being subsidized by the city by having a cap on payments which holds it to less than 1/3rd of total costs while Goombay, an event for the local community, enjoy no such benefit? In point of fact there is a great deal of disparity between the various festivals, as The Blue Paper has covered in the past. On the issue of subsidizing Fantasy Fest he seemed motivated, “That’s a good question…. The contract ends this year, we’ll probably renegotiate that… talk with different promoters.” I pointed out that since the TDA owns the Fantasy Fest name, they have a certain leverage in any negotiations. He agreed, but added that the when the festival was cancelled due to a hurricane, thousands of people still showed up in Key West.