“We are very proud of these young ladies. Thank you for this great opportunity to showcase our Key West High School students,” commented Assistant Principal Jessy Archer.

The winning essayists were presented certificates and Equality Florida t-shirts at the high school on Tuesday, April 7.

Equality Florida Host Committee Member Mike Mongo added that his success in his career has been based on his ability to write an essay. He encouraged students to keep up the good work.

The essay contest is the brainchild of City Commissioner Jimmy Weekley and is in its second year. The topic for the 2016 essay contest will be announced in the fall. 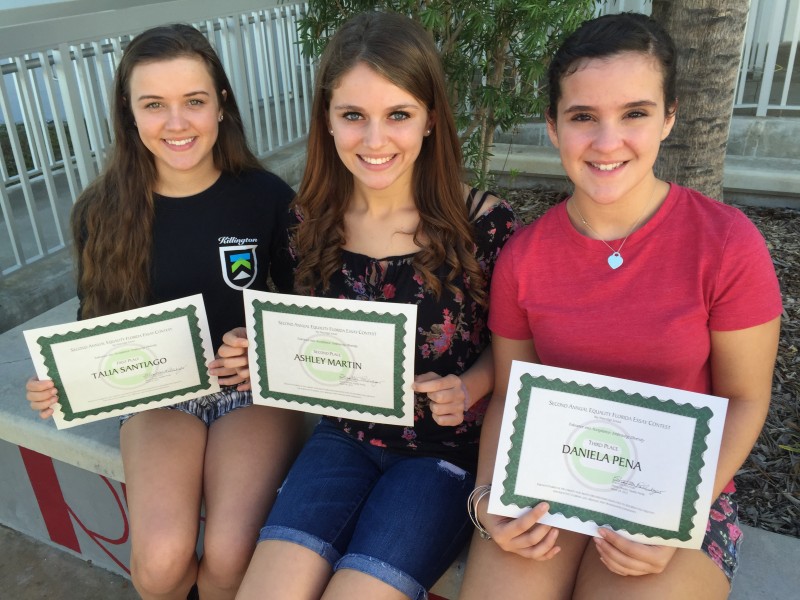